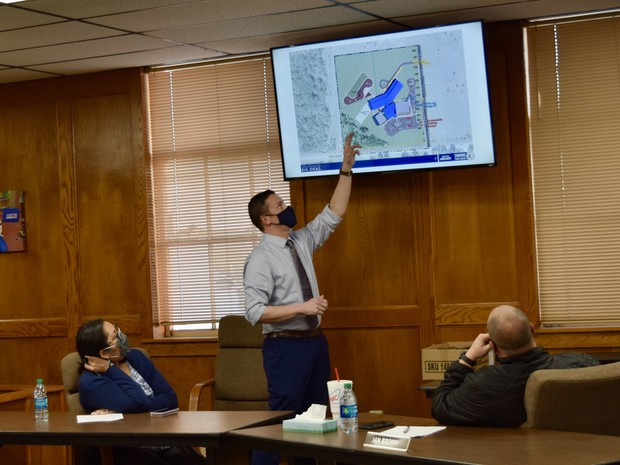 Duane Mass, Matthew Radcliffe, and Matthew Bridegroom from Mass Architects presented their design study of the new Shawnee elementary school to board members. Duane Mass also commented on the contruction of the Will Rogers storm shelter slated to begin at the end of the current school year. He projects the storm shelter will be completed soon after the beginning of the 2021-2022 school term. Both the Will Rogers storm shelter and the new elementary school are the final two projects from the bond election passed by Shawnee voters in 2016. 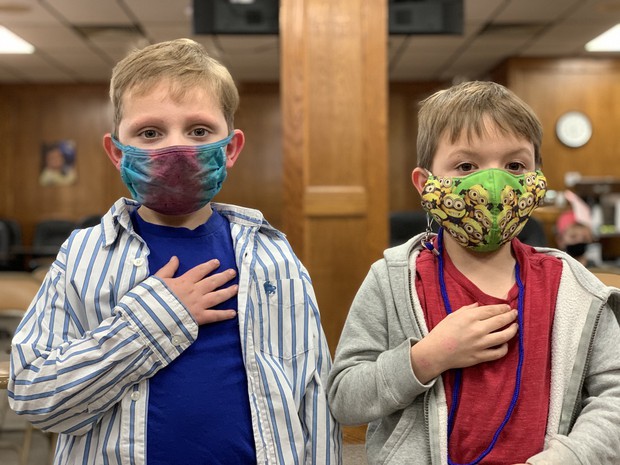 During her report to the board, Dr. April Grace announced that Shawnee High School Senior Olivia Todd is an Oklahoma Academic All-Stater. She also congratulated wrestlers Sam Anderson and Selah Citizen for their finishes in the boys and girls state wrestling tournaments, and wrestling coach Nik Turner for being named 5A Wrestling Coach of the Year. She announced the girls swim team received the 2021 State Academic Championship for 6A and congratulated them on their 4th-place finish at the state swim meet. Piper McNeil won both of her individual events and set the state record in the 100 back. She commended the boys swim team for their state medals and new school records. She announced the girls basketball team won the regional championship and the boys team was regional runner up. Both teams will play in area tournaments this week. Finally, she reminded the board that the Teacher of the Year celebration is set for March 8 at the PAAC.

First Vice President Larry Walker read aloud one of the thank you notes from SPS students given to board members last month. Board Clerk April Stobbe commented on her recent scholarship presentation to two Shawnee graduates who are now in college and are pre-med majors each maintaining 4.0 GPAs. Stobbe said she enjoyed seeing the success that our graduates have as they continue their education. She concluded by reminding everyone that Wednesday is the last day to vote for Dr. Grace to Kiss the Pig in the United Way of Pottawatomie County's fundraiser.