Get email updates from Keegan:

Protozoa is found in water, so wet areas. They reproduce asexually. To capture it's food it uses long extensions called pseudo pods, it then surrounds the food and devours it. Some Protozoa can be as small as 0.01mm or as big as 4mm

Protozoa's main choice for a host would be beavers and rats. But they are perfectly fine with humans and other mammals. They also have adaptations that they use in their host. Temperature fluctuates very little. They also have a constant food supply. They can also stand harsh environments because they form a wall and isolate themselves. It is similar to a cocoon except they don't turn into a butterfly.

Protozoa are single celled organisms. They are usually microscopic. They are notoriously know for causing disease. They steal the nutrients that their host needs to survive. And because of their adaptations they can thrive in polluted waters. They also have no spine. 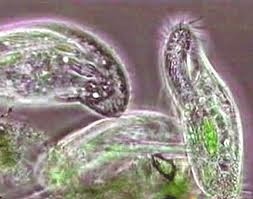