Guadalupe is using Smore newsletters to spread the word online.

Get email updates from Guadalupe:

"The Things They Carried" By Tim O'Brien

"The Things They Carried" By Tim O'Brien 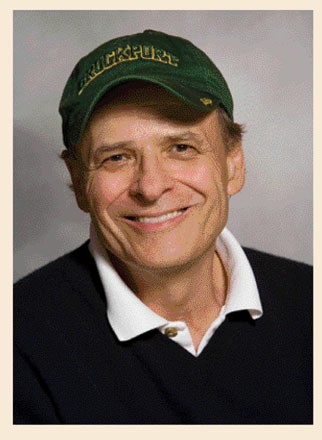 "The Things They Carried" by Tim O'Brien follows the harsh endeavors of First Lieutenant Jimmy Cross and his men during the Vietnam War. The narrator focuses primarily on the emotional struggles of Jimmy Cross. He is madly in love with a girl named Martha. Sadly, she does not love him. Lieutenant Cross constantly fantasizes about being in a relationship with Martha. Lieutenant Cross Cannot focus on the war because of his love for Martha. During times of combat, he would see illusions of Martha in the environment. As a result, one of his men gets killed because of his carelessness. The death of one of his squad members makes him realize the reality of his situation. Martha does not love him, and they will never be in a relationship. Jimmy goes through a metamorphosis of being in love, to a stern, disciplined, and focused officer that he should be.

The central theme in "The Things They Carried" is that our guilt can be heavier than the physical items we carry. The narrator describes the weight of all the equipment that they carry. They carried more than sixty pounds of equipment each. The weight of their guilt heavily outweighs the weight of their equipment. "They carried all the emotional baggage of men who might die. Grief, terror, love, longing-these were intangibles, but the intangibles had their own mass and specific gravity, they had tangible weight" (O'Brien).

This theme is very evident with the protagonist Jimmy Cross. He is madly in love with a girl named Martha. "Lt. Cross believes, for example, that because he loves Martha, he does not fulfill his duty towards his men" ("The Things," 321). One day, one of his men went on a bathroom break. While he was returning from the bathroom, he was shot and killed. Lt. Cross completely blamed himself for his death. He believed that if he wasn't focused on Martha, his soldier would still be alive. The immense burden of guilt caused Lt. Cross to change his entire perspective. With the death of one of his men, it made him realize that he would never have a relationship with Martha. Instead of constantly day-dreaming about Martha, he began to focus on the war and his men. For once, he cared more about his men than Martha. Lt. Cross started issuing orders that protected his men.

It wasn't just Lt. Cross who carried emotional burdens. The men in Jimmy's platoon were burdened by the constant threat of death. The burden was made heavier by the fact that no one wanted to show their fear. Every soldier in the platoon had their own way of coping with their burdens. Lt. Cross felt the only way to ease his burden was to be a better platoon leader. The only coping method for the other soldiers was their refusal to give up. They found solace in the fact that they didn't take the easy way out (O'Brien).

Guadalupe is using Smore newsletters to spread the word online.