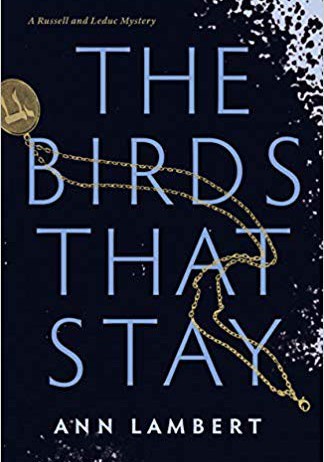 The Birds That Stay

In a small village in the Laurentians, north of Montreal, a reclusive older woman is found strangled outside her home. Roméo Leduc, Chief Inspector for Homicide, is one day away from his first vacation in years but reluctantly answers the call on the case. Marie Russell lives in the same small community. She did not know her elderly neighbour, and she does not expect to become embroiled in solving her murder. But when a startling new clue emerges, Marie becomes an inadvertent detective. As Marie and Roméo combine wits to find the killer, they are forced to face demons from their own pasts as they confront a case where no one and nothing is really as it seems. 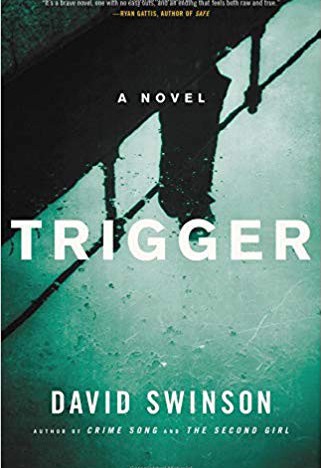 Frank Marr was a good cop, until his burgeoning addictions to alcohol and cocaine forced him into retirement from the D.C. Metro police. Now, he's barely eking out a living as a private investigator for a defense attorney--also Frank's ex-girlfriend.

Ostracized by his family after a botched case that led to the death of his baby cousin, Jeffrey, Frank was on a collision course with rock bottom. Now clean and clinging hard to sobriety, Frank passes the time--and tests himself--by robbing the houses of local dealers, taking their cash and flushing their drugs down the toilet. When an old friend from his police days needs Frank's help to prove he didn't shoot an unarmed civilian, Frank is drawn back into the world of dirty cops and suspicious drug busts, running in the same circles that enabled his addiction those years ago.

Never one to play by the rules, Frank recruits a young man he nearly executed years before. Together--a good man trying not to go bad and a bad man trying to do good--detective and criminal charge headfirst into the D.C. drug wars. Neither may make it out. 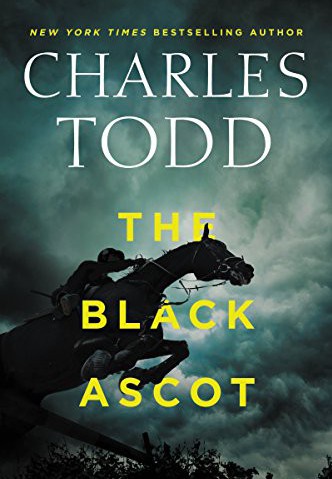 An astonishing tip from a grateful ex-convict seems implausible—but Inspector Ian Rutledge is intrigued and brings it to his superior at Scotland Yard. Alan Barrington, who has evaded capture for ten years, is the suspect in an appalling murder during Black Ascot, the famous 1910 royal horse race meet honoring the late King Edward VII. His disappearance began a manhunt that consumed Britain for a decade. Now it appears that Barrington has returned to England, giving the Yard a last chance to retrieve its reputation and see justice done. Rutledge is put in charge of a quiet search under cover of a routine review of a cold case.

Meticulously retracing the original inquiry, Rutledge begins to know Alan Barrington well, delving into relationships and secrets that hadn’t surfaced in 1910. But is he too close to finding his man? His sanity is suddenly brought into question by a shocking turn of events. His sister Frances, Melinda Crawford, and Dr. Fleming stand by him, but there is no greater shame than shell shock. Questioning himself, he realizes that he cannot look back. The only way to save his career—much less his sanity—is to find Alan Barrington and bring him to justice. But is this elusive murderer still in England? 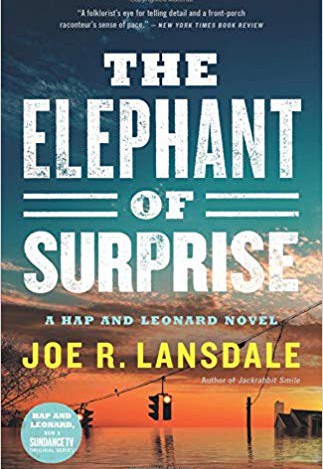 The Elephant of Surprise

Hap and Leonard are an unlikely pair--Hap, a self-proclaimed white trash rebel, and Leonard--a tough-as-nails Black, gay, Vietnam vet and Republican--but they're the closest friend either of them has in the world.

After years of crime-solving companionship, something's changed: Hap, recently married to their P.I. boss, Brett, is now a family man. Amidst the worst flood East Texas has seen in years, the two run across a woman who's had her tongue nearly cut out, pursued by a heavily armed pair of goons. Turns out the girl survived a mob hit, and the boss has come to clean up the mess. 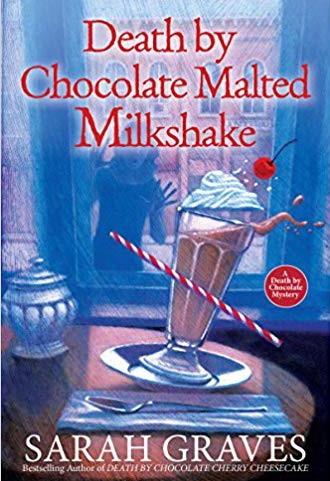 This summer, Eastport’s favorite lovebirds, kindergarten teacher Sharon Sweetwater and Coast Guard Captain Andy Devine, are getting married. The gala reception is sure to be the fête of the season, especially with a wedding-cake-sized whoopie pie courtesy of The Chocolate Moose. For Jake and Ellie, the custom-ordered confection will finally reel in some much-needed profits. But the celebratory air, and sweet smell of success, are ruined by foul murder.

When Sharon’s bitter ex-boyfriend Toby is poisoned with an arsenic-laced milkshake, Andy is jailed as the prime suspect and the wedding is cancelled, whoopie pie and all. Then Sharon makes a shocking confession—one that sounds like a fishy attempt to get Andy off the hook. Now both the bride and groom are behind bars. And with the fate of The Chocolate Moose at stake, it’s up to Jake and Ellie to catch a poisonous predator before someone else sips their last dessert.