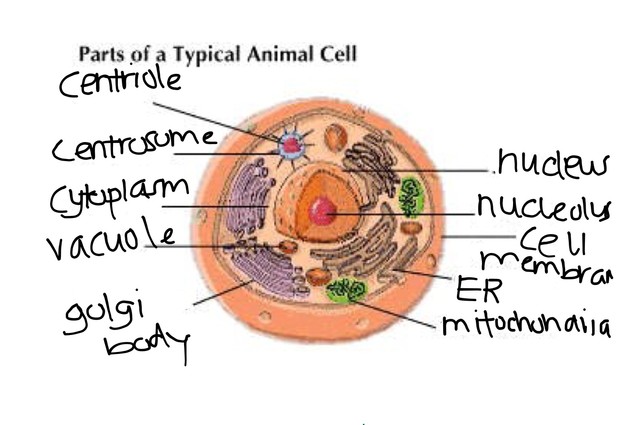 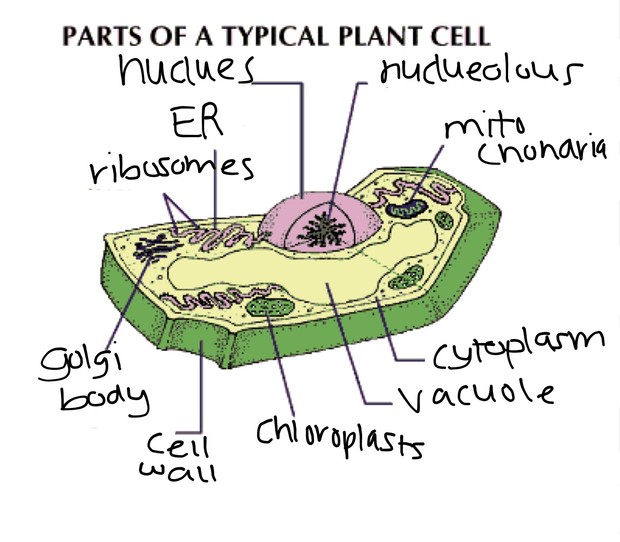 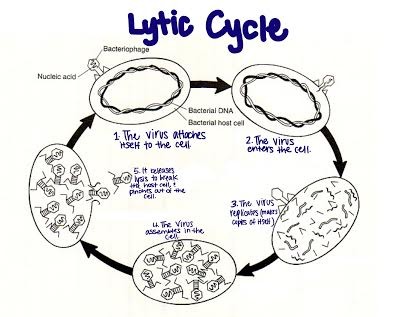 One of the ways viruses reproduce is through the lytic cycle. In this cycle, a virus enters its host cell and makes thousands to millions of copies of itself within just a few hours and weakens the cell wall so that the cell can lyse(burst open) releasing the viruses and destroying the host cell. Some viruses that reproduce via the lytic cycle are influenza and rabies. 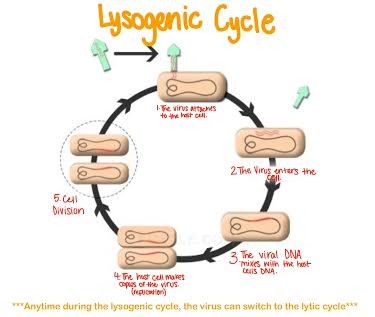 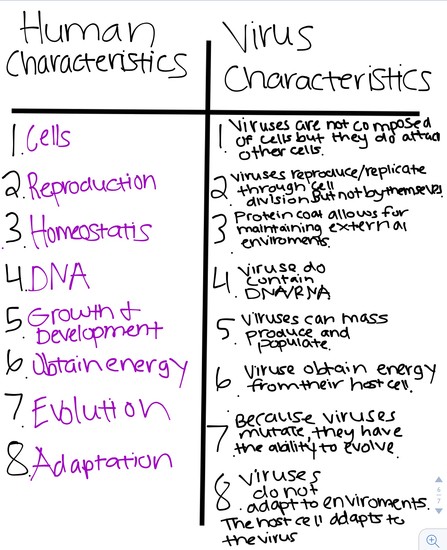 1.) The typical structure of a virus is made up of genetic material, either DNA or RNA(never both) a protein coat, caspid, nuclear envelope, and protein coat. Biomolecules you can find in a virus are proteins and nucleic acids(DNA or RNA).

3.) Tobacco plants can not be infected with the ebola virus because they have a unique trait where they can latch on to the virus and immediately activate an immune response against it.

Ebola: Fibroblasts of any type, most commonly mononuclear phagocytes

5.) If you have the flu, your doctor will not provide you with antibiotics because antibiotics are medications that fight infections caused by bacteria, but the flu is caused by a virus. Taking antibiotics when you have a virus can hurt you instead of making you better.

6.) A person infected with a virus like HIV may not show symptoms because HIV reproduces via the lysogenic cycle. In this cycle a virus spreads through its host VERY slowly. The host can have a virus like HIV and not exhibit symptoms or know for months to years.