Not What One Would Call A Home

Not What One Would Call A Home 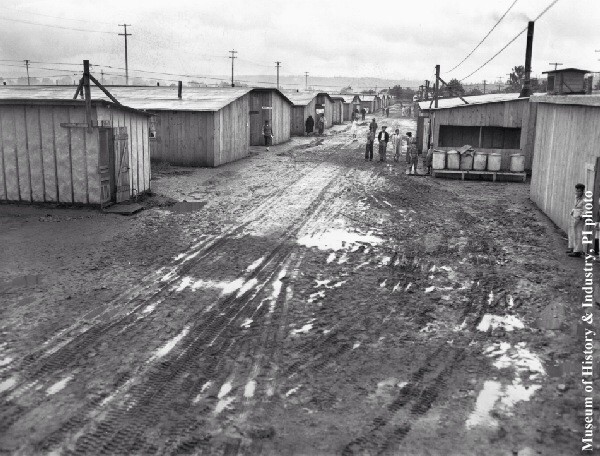 Penny for My Thoughts?

The photo above depicts a Japanese internment camp of 1941. It shows the filthy and unkempt areas where the Japanese stayed for the years of WWII during which they were falsely convicted of spying for the Japanese government.

Since then, many people have taken it to writing to show us their experiences. In the short non fiction novel When The Emperor Was Divine, Julie Otsuka, has written about her family's experiences in the internment camps. She writes and emphasizes an internal conflict with the woman, the girl, and the boy in the camps. The image at the top of this flyer shows that conflict to a very close and similar degree. As you read, she writes, "She no longer read the paper or listened to the bulletins on the radio."Tell me when it is over," she said".

What I take away from this photo and novel, is that specific people were deranged. Those specific people, were the Americans. They put them into these camps for absurd reasons. The Japanese were innocent and this scarred them for life.