A one step equations only needs one step to solve it. You need to cancel out the number and not the variable. For example, if the problem was r plus 12 equals 25, than you would subtract 12 from both sides, which leaves you at r equals 13. 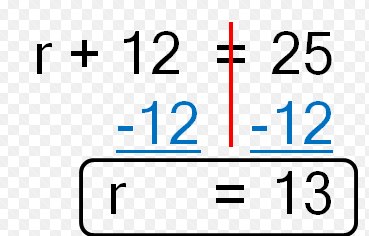 Two step equations need two steps to solve, and are more complicated. You need to subtract or add the number from both sides, then multiply or divide the number with the variable from both sides. For example, -3x plus 4 equals 16. Subtract 4 from both sides, which leaves you with -3x equals 12. Now, you divide both sides by -3, which gives you x equals -4 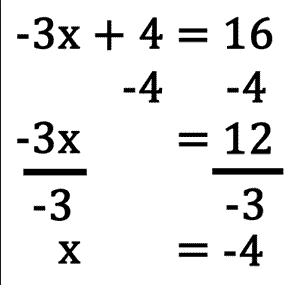 The more steps an equation has, the more complicated it will be. Unit 2 has gone over one step, two step, and three step equations.