The Outbreak of Ideas

The Uprising of Political Revolution

The Outbreak of Ideas

The Uprising of Political Revolution

What happened? Why so many changes?

The French revolution was the uprising in France between the years of 1789 until 1799. It was a very influential period of social and political changes. This revolution was the marking of a global decline of theocracies and monarchies. They were then made to what we know of now democracies and republics. Extending from the Carribean to the Middle East an outbreak of global conflicts existed. This all started with the government's debt and taxation schemes on people. There was a split in the society called the "3 estates". Each had a different number of people, goods, and rights.

The American revolution was an uprising ithat took place in the years 1765 and 1783 which involved the 13 colonies. The 13 colonies rejected the British parliament and overthrew the authority of Great Britain. Americans finally declared Independence on July 4, 1776.

The Cuban revolution was an uprising during the years of 1953-1959. This revolution was an armed revolt led by Fidel Castro. They wanted to replace the goverment with a revolutionary social state. This started the Communist Party which is still continueing to govern Cuba today. This revolution had international growing relationships including the reshaping of Cubans relationship with the United States. With all that said, the revolution resulted in Angolan Civil War and Nicaraguan Revolution.

The background and causes for the Cuban revolution are very relateable because in some places they are still problems. The Cuban revolution was also cause by unemployment and a lack of water infrastructure. Many lucrative links to organize crimes and being bossed around by the American companies was due to Bastita's desires. This was the starting of the overthrow of Bastita by Fidel Castro.

Castro decided to launch an armed revolution to overcome Bastita. This resulted in finding a paramilitary organization, which is known as "The Movement". After this, laws were given out to provide equality. In the end, positive changes came from this. Education, housing, medical facilities, and many more useful places were now provided.

Do the benefits outweigh the costs?...

-New rules/guidelines which made people happier.

-New government allowed people to expresss their own opinions.

-Many people were killed in war for their freedom.

-Some people do not like the change of things.

-Loss of importance in government or capital. 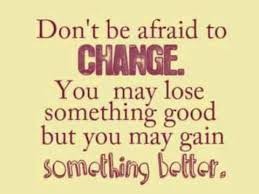