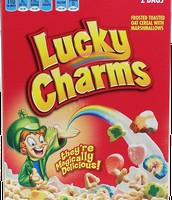 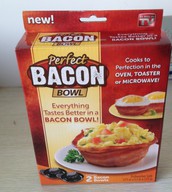 Are you easily persuaded?

We discovered a lot about ourselves as critical viewers, readers, and thinkers this week!! Our first discovery was that we don't usually question the writers of texts, especially texts in the form of advertisements and commercials. We have made it a habit of believing that information presented to us is true. Now, we know that it's our job not only to make sense of text, but also to analyze. So, we have used three questions to guide our analysis:

1) What is the claim being made?

2) What reasons are given to support the claim?

3) What's the evidence to support those reasons?

Invitation: Try asking these questions while you are watching commercials on tv or reading a magazine. Let your child guide you through this process and have some great conversation. You don't have to agree :-)

Reflections: How are you beginning to think about text differently because of the 3 questions we asked ourselves while reading?

Spencer "If you are watching tv, you just want it (the products), but when you think about it closely, you may realize it's not that good."

Jordan "Sometimes the text can be a scam. So we have to break it down and think really hard."

Ha'Vaughnya "People can say things and they may not be true, so you have to dig deeper in the text."

Tamia "I'm going to think more when I'm reading because all of it's not true."

Zaria "When you look at something you think it's so good, and then you get it, and it's not what you expected it to be. So you've got to stop and think what it's actually about and ask if it's any good for you."

Trinity "It's not about what it looks like. You have to try to pay attention to the details and ask questions."

Jaire "I use to be easily manipulated by the big and bold print, but now I know I need to look for details and reasons." 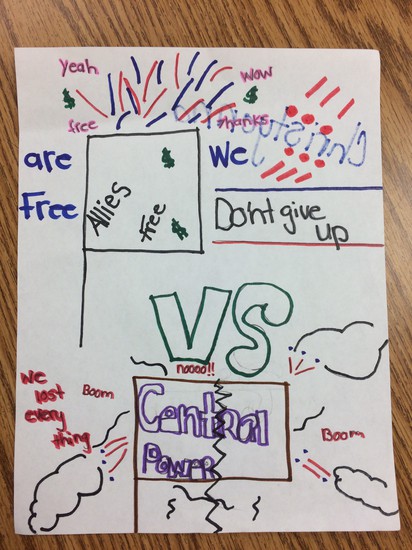 We began our investigations into World War One by discussing what we think we know about WWI and our wondering about WWI. We also began analyzing propaganda posters to determine what the poster is asking of the reader. Throughout our investigations, we studied reasons why the United States entered the war, new weapons being used, life on the Home Front, and how the war ended. We looked at primary documents of the Zimmerman Telegram, which we found was one of the reasons the US entered the war, and the Treaty of Versailles. We also looked at Wilson’s 14 points to peace. Throughout this unit, we continued to analyze propaganda posters and we began creating our own WWI posters.