The common starling, (also known as the European starling, or sometimes just the Starling), is a medium-sized passerine bird in

a group called the Starling family.

When, How and why did the Common Starling come to Australia?

The Common Starling came to Australia in the middle of the 1850's. When they were sent to Australia and New Zealand, they came to destroy insects and pests and to stop the taking over of these pests.They first migrated to South Eastern Australia where they bred to then cover most of Australia. But the Common Starling did not do what it was surposed to do. 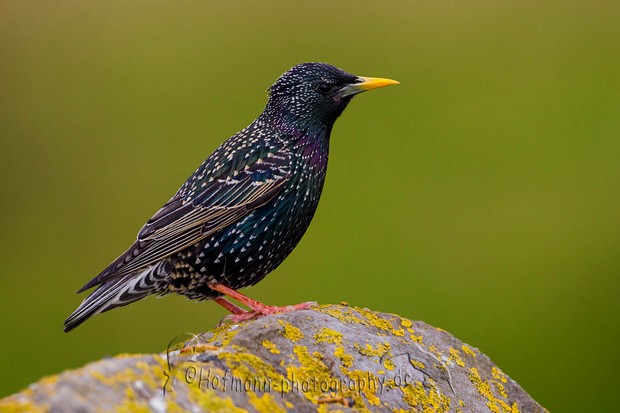 The Common Starling have almost taken up most of the world because of their hazardous eating habits. When they eat they destroy. They are also quite noisy. Because they live around people and in the city. Lots of people have made complaints about these animals because they are very noisy and they also eat things that they should not eat.

What impact did the Common Starling have to the Australian environment?

Starlings are frequently considered pests because of the problems they cause.

Starlings are also responsible for transferring diseases. Although starlings may be involved in the spread of other livestock diseases, their part in these diseases are not yet to be understood.Starlings cause other damage by eating good and healthy fruits such as grapes, peaches, blueberries, strawberries, figs, apples, and cherries. They were recently found to damage ripening corn, a problem that recently happened with blackbirds. In some areas starlings pull sprouting grains, particularly wheat, and eat the planted seeds. Starlings are known to damage turf on golf courses as they look for grubs. Starlings make large nests that are found in buildings, industrial structures, or, along with blackbird species, in trees near homes. Starlings are also well know pests to orchards

(a type of flower)The Common Starling is a very big problem to the environment.

The impact on humans and Aboriginals

European Starlings do good and bad for people. They eat lots of insects which helps control pests. Also, many people think they are pretty birds to look at, and they don't mind being around humans. Starlings can be pests themselves, though, eating crops. They also can make a mess when they nest inside, or on top of, a building. Large groups of starlings also make a lot of noise. What causes the most concern is their aggressive behaviour. Many of our wonderful native birds have trouble competing with European Starlings.

The place the Common Starling is originally native to.

The Common Starling is native to Eurasia and Northern Africa. But it is now a global species having being introduced to South South Africa and North America. 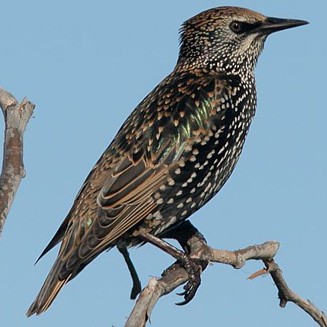 Starlings are big and blackbird-sized, but with short tails and long, smooth beaks. In flight their wings are short and pointed, making them look rather like small, four-pointed stars (and giving them their name). Starlings can also sneak into small places and destroy many things.

Starlings are loud, and they travel in large groups (often with blackbirds). They race across fields, beak down and probing the grass for food; or they sit high on wires or trees making a constant stream of rattles, whirrs, and whistles. When a starling destroys something as bad as fruit that the farmers plant it can not be easily changed.

www.allaboutbirds.org
Paste in your blog/website to embed.