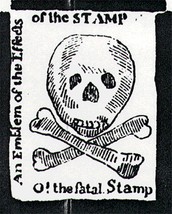 The stamp act was the first direct British tax on the American colonies and was established in 1765. Every publication and document required that it had the British seal on it. The colonists did not believe this was fair and that they were having to pay taxes for the French and Indian war that they were not benefiting from. This lead to the forming of the Stamp Act Congress and the Stamp Act was repealed in 1766.

The Boston Massacre occurred on March 5, 1770. The British soldiers that were guarding the Boston Customs House fired on the colonists and five were killed. No one knows exactly how it started but both sides blamed each other. The American Colonists were growing tired of the British control and this incident further angered them. 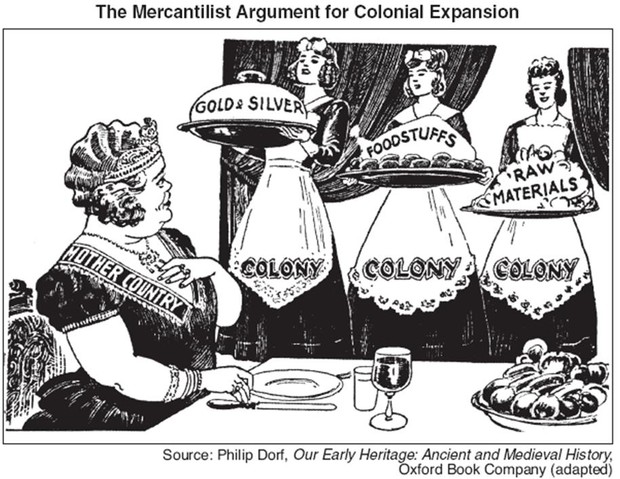 This cartoon shows how the colonies were serving England. The colonies were like servants to the mother country and not benefiting themselves.
The Causes of the American Revolutionary War

1. What did The Proclamation Act stop?

3. What act closed the port of Boston until colonist paid for the destroyed tea?

1. Who was the captain of the British soldiers involved in the massacre?

2. What was the name of the black sailor that was killed?

3. What were the names of the attorneys that defended the British in the trial?