Having traveled to Russia last summer, utilizing the opportunity to research and analyze pieces of literature from the Slavic-Eurasian culture was an interesting opportunity for me. A project I might have found otherwise boring ended up being rather eye-opening and insightful about the universal values people share around the world. Whether society shall be torn apart by war and disagreement, literature is one of the few aspects omnipresent in all cultures and can bring people together. Whether culture shall arise from Antarctica to Brazil, societies around the world continue to write about love, angst, foolishness, and curiosity from even the most primordial times.

While our Russian tour guide dabbled on about the greatest literary champion of St. Petersburg and Alexander Pushkin, I zoned out. I wasn't used to the jet lag and timezone, of course, but that's a stupid excuse that dulls in comparison about the possible triteness of listening to the history of Soviet Russia. I wasn't interested in some guy named Pushkin, either. All I knew about Russian culture was the Red Army, Communism, Stalin, onion-dome architecture, Matryoshka dolls, vodka, and Alexander the Great. Russian literature was the least of my concerns.

However, I kept hearing about this Pushkin guy a lot from this woman's lips. Although she talked about the Russian writer for nearly a hour, all I remember from our trip regarding Alexander was the fact that he often wrote fairy tales, and that he contributed greatly to literature in Russia.

It was out of coincidence that I chose Russian culture for this project. The thought of Alexander Pushkin never crossed my mind until his familiar name repeatedly popped up in my research. In terms of how I felt towards his works; I enjoyed reading his short stories and poems. Pushkin pushed the frontiers of contemporary literature in Russia (that way, I didn't have to decipher any flowery language) and his stories usually held some sort of magical charm to their themes. Furthermore, I enjoy writing myself. Because Pushkin often used people he knew in life as models for his characters, I somehow related myself to his writerly (and perhaps even odd) methods.

There's so much more to Russia than the single story of communism and vodka; Russia's culture is unfortunately often times treated as if its traditions never existed before the rise of the Soviet Union. Analyzing Pushkin's literature and understanding Russian culture was an enlightening experience, and extracting universal themes was a deep and personal assignment. 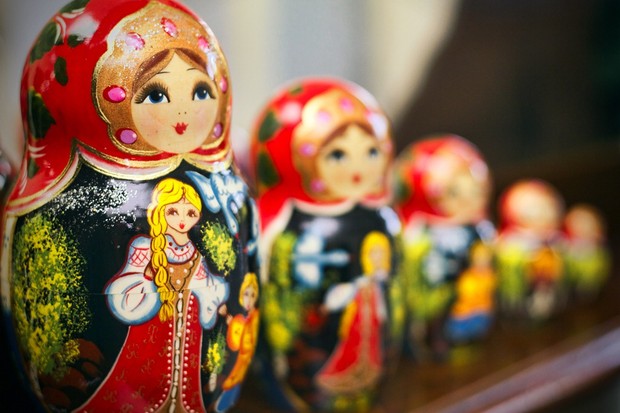 Russian culture is the culture associated with the Russians. It has a long history, and has widely influenced world culture when it comes to literature, philosophy, classical music, ballet, architecture, and animation. The culture started from that of the East Slavs, and had pagan beliefs in Eastern Europe. Russian culture is also combination of Slavic and Byzantine cultures, and had adopted Orthodox Christianity.

Russian culture has also been an ever-changing culture; when Peter the Great took over Russia for two centuries, the culture stopped evolving from Byzantine culture and instead took the shape of general European culture. However, upon the rise of Communist ideals, the culture of Russia was greatly impacted by the Soviet Union. 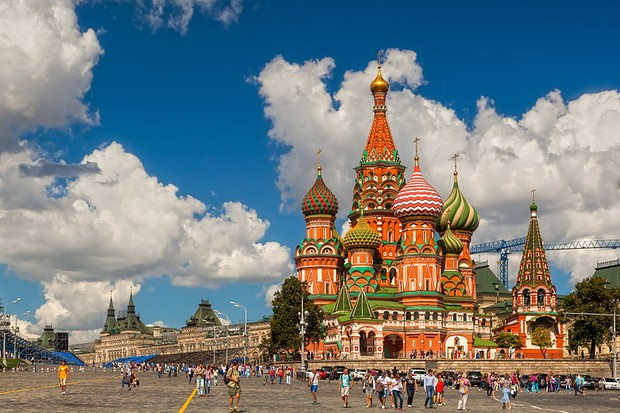 Russian Folklore has its roots in pagan beliefs of the ancient slaves and in fairy tales. The 1920s is also considered the Soviet Union’s greatest age of folklore. The struggling Soviet Government could not afford to focus its censorship on literature, so folklore thrived. Literature had an artistic form of distinctive structures, poetic devices, and faerie tales. But when Stalin came into power, the Soviet government created the RAPP (Russian Association of Proletarian Writers) and was specifically focused on censoring fairy tales and children’s literature, calling fantasies ‘bourgeois nonsense’ and didn’t want the ideas to spread to the masses. All fairytales were removed from shelves.

Soviet literature and Russian folktales involved characters on a journey of self-discovery, and a process that led them to value themselves as individuals and not as a whole. New folktales replaced magic with technology, and omniscient supernatural forces (fairies, etc) were replaced will the all-knowing Stalin.

Traditional Russian food is hearty. Beef, chicken, pork and fish are popular main dishes, and Russians are fond of soups, breads, and dairy products. They also consume large quantities of sugar, and frying food is popular. The most popular Russian dishes around the world are Blinis (thin pancakes served with smoked salmon or other fillings) and beef Stroganoff (sauteed beef strips with onions, mushrooms, and a sour cream sauce). Other dishes include Borscht (beet soup) and Piroshki (baked or fried dumplings filled with meat and cabbage). Vodka is also Russia’s trademark alcoholic beverage. However, alcohol abuse has been and remains a major problem in Russia. 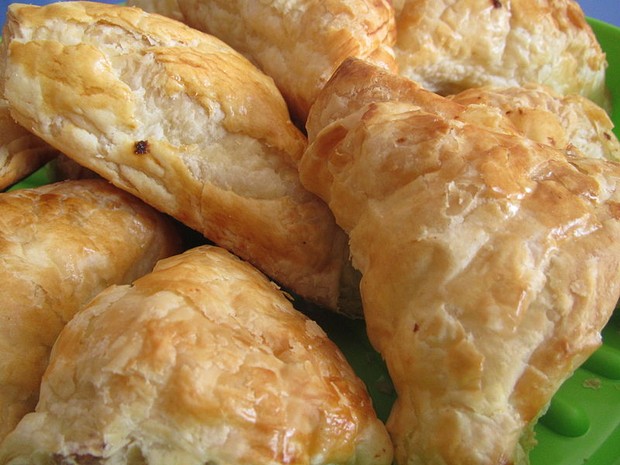 Alexander Pushkin is considered Russia’s greatest poet, and, by many, the greatest Russian writer of any kind. He is known as the father of Russian literature modern Russian literary language. Pushkin wrote a variety of prose and poetic styles. He had a great influence on Russian literature. His most famous work is a novel in verse, called Eugene Onegin (1825-1832) and the title character is intelligent, good-hearted, and liberal, but lacks a serious occupation or purpose in life. Thus, he destroys himself and those around him. The character became a model in later Russian literature.

Pushkin also wrote poems about love, nature, and the obligations of being a poet in Russia. His most famous short story about love is called The Queen of Spades. (1834)

After being given a parson by the czar of St. Petersburg, Pushkin decided to combine his writing with historical research, particularly on the reign of Czar Peter I. His greatest narrative poem, The Bronze Horseman (1833) deals with that period.

"But, as it is, this pied collection

begs your indulgence — it's been spun

from threads both sad and humoristic,

products of carefree hours, of fun,

of powers unripe, or on the wane,

and records of a heart in pain.

of mind got clarity new found;

now free, I once more weave together

Moscow... how many strains are fusing

in that one sound, for Russian hearts!

what store of riches it imparts!" (Eugene Onegin, Pushkin)

The epic poem, Eugene Onegin, follows the lives of Eugene and Tatyana, who became models for many later Russian characters. As mentioned before, Eugene is an intelligent, brave, and caring hero in love with Tatyana. However, Eugene also lacks moral compass and has no true occupation, and thus is detrimental to others. This poem deals with the theme of fiction versus real life, and most of all, unrequited love and rejection. (From the Dedication, above) Alexander Pushkin was famous for discussing topics of autobiographical and philosophical matters in his writing.

The character, Tatyana, is also an important element in the analysis of Pushkin’s Eugene Onegin. Tatyana was created to be an intelligent and well-developed woman, and her openness on the subject of love made her a role model for many Russian women.

In Pushkin’s short story The Queen of Spades, Hermann is an officer in the Imperial Russian Army. Hermann learns from another officer of an elderly countess who lost a fortunate at cards, and then won it back with the secret of three winning cards. Hermann then becomes obsessed with learning the secret. The countess has a young caretaker named Lizavyeta, and Hermann uses the young lady by sending her love letters, thus letting him into the elderly countess’ house. When Hermann demands the secret from the countess, she tells him the story was a joke. Hermann refuses to believes her and draws his pistol; causing the old lady to die of fright. After escaping from the house, he opens his eyes later that night to see the ghost of the eldery countess. She tells him the secret three cards, which are ‘three, seven, ace’ and tells him he must play once each night and commands him to marry Lizavyeta.

The three cards work. Hermann bets on the three cards for two nights, in which he wins fortunates by gambling with very wealthy men. But on the third night, instead of betting on the ace, he bet on the Queen of Spades, and loses everything. Eventually, Hermann goes insane and is placed in an asylum, mumbling “Three, seven, ace! Three, seven, queen!”

"'If,' he thought to himself the following evening, as he walked along the streets of St. Petersburg, "if the old Countess would but reveal her secret to me! if she would only tell me the names of the three winning cards. Why should I not try my fortune? I must get introduced to her and win her favour–become her lover. But all that will take time, and she is eighty-seven years old: she might be dead in a week, in a couple of days even!–" (Queen of Spades, Pushkin)

A theme in Pushkin’s Queen of Spades is obsession. Hermann has an unhealthy obsession to learning the secret of the cards. In the above passage, he even considers romancing the elderly countess in order to learn of her secret. 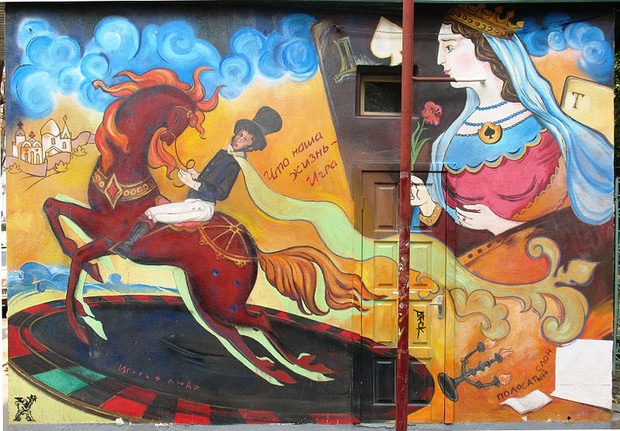