Get email updates from Colton:

AID's in the 1980's, everyone thought it was from the gay people because they were the only one that came out and said they had it. 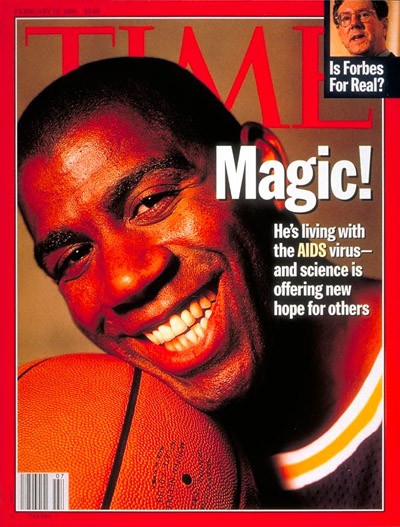 African American people took up 26% of the AIDS cases. In 1984 the CDC reported the 50% of the cases were African American children. Most people that weren't gay or African American didn't really care because it was not infecting them.
When Magic got AIDS they didn't know how because they were saying that it is only a gay white person disease. When Magic got it he told his doctor that he was very scared that he was going to die because AIDS became the number one thing to kill men from the ages 25 to 44. In that year 258,000 people had been diagnosed with AIDS in the United States and over 157,000 people had died from it.
They day Magic came out and said he had HIV he was going to retire. HIV is a stage lower then AIDS. He was going to have to retire anyway because they were scared if he gets a cut and the blood gets on a player they were afraid they would get it too.