I've ridden in Goodyear blimp, played baseball with Harmon Killebrew, assumed an alias on Paris to Rome flight, speak 2 full sentences in Swahili and have been a middle school teacher for 40 years!

Get email updates from Nancy:

The Site Listed on Today's techgab are all related to the use of Twitter for education. 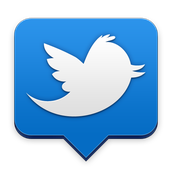 What purpose(s) does Twitter serve, not only socially, but professionally as well?
Link: http://webtrends.about.com/od/socialnetworking/a/what-is-twitter.htm 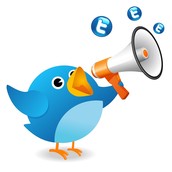 Signing up for Twitter takes about five minutes!
Link: http://webtrends.about.com/od/howtoguides/ht/how-to-join-twitter.htm

This site offers a huge list of Twitter hashtags (#) which are conversations in which you can take part and exchange your ideas with others on a given subject.
Link: http://teachthought.com/twitter-hashtags-for-teacher/

I've ridden in Goodyear blimp, played baseball with Harmon Killebrew, assumed an alias on Paris to Rome flight, speak 2 full sentences in Swahili and have been a middle school teacher for 40 years!