Estimates of the population of ancient Athens vary. During the 4th century BC, there might well have been some 250,000–300,000 people in Attica. There could have been up to 100,000 people, but only 30,000 would have been the adult male citizens entitled to vote. 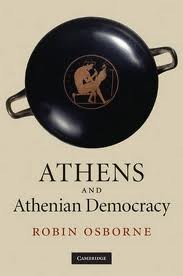 Where does the word "Democracy" come from?

The word "democracy" combines the elements dêmos ("people") and krátos ("force" or "power") in to a word that has come to mean a system of government where the whole population has a say on what happens.

Rome, in its earliest days, was governed by kings. However, Ancient Rome was to develop its own form of government that allowed the Romans to govern themselves.

The chief officials of Rome were called consuls and there were two of them. The consuls governed for a year. In addition to consuls, there were other elected officials – judges, magistrates and tax collectors being some of them. Ten “Tribunes of the People” were also elected to look after the poor of Rome. The consuls could not be expected to know everything. They were advised by a Senate. 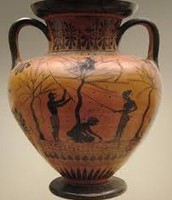 Structure of the Senate

This was made up of about 600 leading men of Rome and when they met, the Senate would discuss issues such as proposed new laws, financial issues affecting Rome etc. They were usually from rich noble families and what they thought went a long way to determining Roman law.

Follow Elizabeth Joines
Contact Elizabeth Joines
Embed code is for website/blog and not email. To embed your newsletter in your email, click HERE to see how or reach out to support@smore.com