Seniors, are you having a hard time picking between college or a career. Let PA Career Zone help you out. The PA Career Zone website is very easy to navigate and can provide you with all of the information that you need. PA Career Zone informs you about salaries, job descriptions, similar occupations, industries employing the occupations you are interested in as well as annual openings.

If you are interested in finding a potential career, you can click on the ¨explore¨ tab in the top right corner and you can take assessments and get matched with possible careers based on your answers. There are other useful features on PA Career Zone that you may find helpful as well.

Check out www.pacareerzone.org for more information.

If you still have questions, you can meet with Mrs. Zeigler to discuss any ideas in person or virtually.

For the first time in quite a few years, due to COVID-19 West Perry will not be hosting a traditional Homecoming dance. On the brighter side, a coronation ceremony will still be held for the crowning of our King and Queen! Coronation will take place on Friday, November 6th on the football field prior to the big game.

The following seniors were nominated for our 2020- 2021 Homecoming Court… for your King: Jonah Houtz, Eli Puchalsky, Devin Reichenbach, Dillon Steffy and Laszlo Ternay. The candidates for queen are Delaney Campbell, Jaylon Deatrick, Lillian Horn, Faith Shunk and Riley Wheeler. Congratulations to those selected to represent their senior class. Stay tuned to see who our West Perry royalty will be!

At the start of this Fall sports season, the West Perry teams were unsure of how their seasons would look regarding spectators, or if they would even be playing at all. Until a few weeks ago, boys and girls soccer, field hockey, and football were only allowed two tickets per player for spectators. Now, hockey and soccer do not need tickets anymore, the number of spectators is just being monitored. Football is still using the tickets though to control the amount of spectators entering the stadium. At the start of the season, the girls volleyball team was not allowing any spectators to enter the gym. Now, each player has two tickets. For the boys and girls cross country teams, tickets were not used. Spectators were allowed at various points in the course to watch.

Tim McGowan has been an Industrial Arts teacher at West Perry for over 3 decades. He is well liked by staff and students in the building and everyone enjoyed having him for class. We interviewed him one last time before he parted ways with us and this is what he said:

How long was your career here at West Perry?

What have you liked most about being a teacher?

Working with students to figure out how to make things work.

What colleges did you attend?

Did you join the Army Reserve right after high school? If so, how many years of service do you have?

Air Force ROTC after high school, transferred and enlisted into the Army Reserve. Over 40 years of service

What roles did you have in the Army Reserve?

If you could tell all of your students one piece of advice, what would it be?

Don't do dumb things...think before you do something and use common sense.

Your West Perry Family would like to say, Thank you Mr. McGowan for your service and for all that you have done for us! We will miss you!

The Park Next Door

Have you noticed the park next door? Spring Township is making a beautiful park

right next to our high school! I During an interview with multiple members of the recreation committee, we learned what is happening.

Who is responsible for the formation of this park?

Why was Lynn Sheaffer Dum Memorial Park named that?

Many people decided they wanted a new recreation spot and one of the mother’s involved is the one who made the decision. She wanted to name it after her oldest son who also was a former teacher at West Perry High School.

What are some of the difficulties you experienced in the plan to make this possible?

One of the huge issues has been obtaining grants. The recreation committee did not want to use any taxpayer dollars and decided at the beginning they were not doing that at all. They got a grant from DCNR for a master site plan, but they were rejected previously from them so they had to wait another year in order to try again.

Why is this park so important ?

There are actually no recreation areas in Perry County and around Spring Township. When the elementary school was turned into a middle school, the playground was taken away leaving nothing. Many people wanted there to be a public park around that many could use as a community again.

Has covid-19 impacted this project at all? If so, how?

Yes, covid-19 has majorly affected the project and the outcome of the project. Everything is a lot slower because when the virus hit most places and people were not giving out grants anymore. So on that topic, we were very lucky to receive the grants we did at this time.

What additional information would you like to be heard about this project? 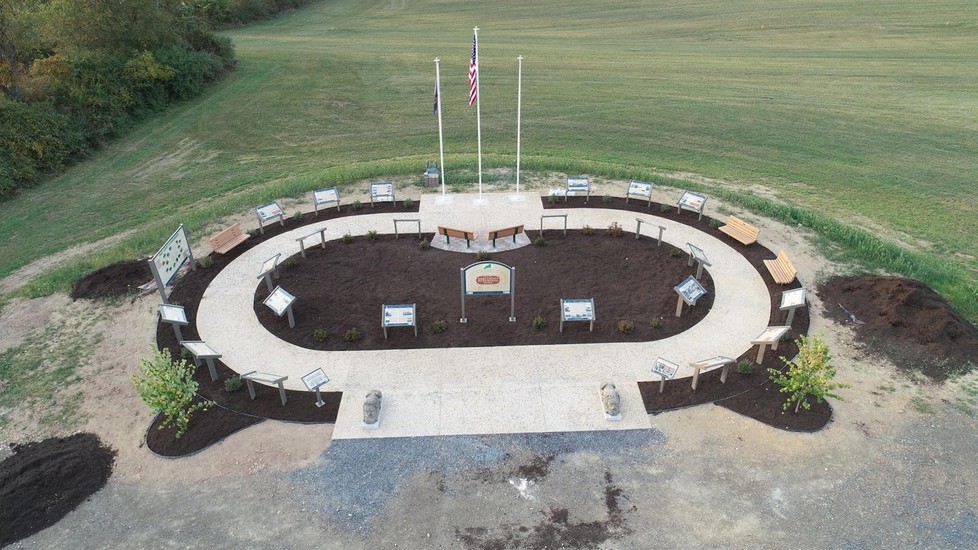 As the Temperatures Decreases, the Risk of Getting Sick Increases

There’s a chill in the air and the leaves are turning, everyone knows what that means. You may be thinking leaf piles, warm drinks and sweaters...but let’s face reality: the common cold, the flu, and now COVID-19 are taking the spotlight during these colder months.

Flu season is brewing and illness is more vulnerable to spreading as the temperatures drop outside. According to rochesterregional.org check out the alarming stats following last year’s flu season: Between October 1, 2019 and April 4, 2020, the flu resulted in:

Viruses also tend to live longer in colder environments. This makes it easier for people to become sick with a virus during fall and winter. With COVID-19 and other illnesses spreading, our wonderful school nurse, Mrs. Davis, wants to remind the public about the following information: “Wearing a mask and practicing social distancing are two important parts of stopping the spread of COVID-19. Although you yourself may be a very healthy person and potentially recover very quickly from the virus, keep in mind all of your peers who are living with grandparents or elderly family members. Those individuals are at much higher risk for contracting the virus and have higher rates of mortality. Remember each morning when putting on your mask… “my mask protects you and your mask protects me!” Please take the advice from our nurse and stay safe as illness increases during these colder seasons!

Thursday, November 5th is an Act 80 Day. Students do not report to West Perry for

Friday, November 6th is a Trade-off Day. Students do not report to West Perry for

Due to COVID-19, West Perry is not hosting the annual Fall Blood Drive. However, there are many other places you can donate and help save lives. WPHS students interested in earning a red cord for graduation should check out the information below.

Here are some commonly asked questions concerning the Blood Drive:

If you have any further questions concerning West Perry Blood Drive events, please contact our coordinator, Mrs. Barrick, at gbarrick@westperrysd.org

With 2020 being a crucial election year, it’s important that as many people get involved as possible. It is extremely important that citizens over the age of 18 exercise their rights by registering to vote and voting on or before election day. But what else can be done, and what can someone do if they’re too young to vote but still want to make a difference?

If you are a registered voter (or a 17 year old high school student) you can do your community a huge service by volunteering to be a poll worker on election day. Normally, poll stations would be manned by retired, older citizens volunteering their time. However, with our elderly population at high risk for COVID-19, it’s important that the younger generation step up to protect them and our voting rights. Polling stations around the country are experiencing a shortage of workers, but luckily it seems that young people are already filling empty spots.

How does someone become a poll worker? Go to https://www.votespa.com/Resources/Pages/Be-a-Poll-Worker.aspx and fill out the Poll Worker Interest Form. After submitting, your local election office will contact you. Important information to note is that poll workers must be willing to work from 7:00 am to 8:00 pm on election day and will be compensated for their time. They will also have to attend a training session prior to election day. Additional training videos can be accessed at https://www. votespa.com/Resources/Poll-Worker-Training/Pages/default.aspx .

This year it’s important that everyone does what they can to protect our democratic rights, make sure you do your part too. 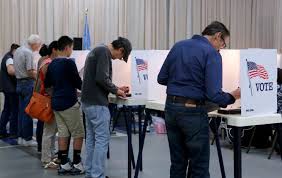 From the Margins is a local literary and arts magazine that features the work of students. This year will be the fourth issue, issues 1-3 are still available for purchase from Mrs. Reeder in room 139 for $10 each.

This year, in light of the pandemic, work is being accepted from not only students, but all residents of Perry County. Interested writers can enter submissions by going to https://fromthemargins.weebly.com to check out the requirements and can email Mrs.Reeder with any questions.

You can submit poetry, flash fiction, short stories, personal essays, visual arts of all kinds, and blackout poetry. More information can be found at www.fromthemargins.weebly.com. The deadline for submissions is Friday, November 20.

Looking for a way to jump start your career? Maybe Cumberland Perry Area Vocational Technical School is the answer for you. If you are interested in a certain program or intrigued and want to find out more, come to one of the open house opportunities on November 9th to the 12th from 4:30-6:00pm. Or 6-7:30pm. Spots are limited so register as soon as possible at www.cpavts.org. Check out the information below to know when to sign up.

High school girls, are you interested in science, design, technology, or engineering? Then TYOU STEM club (Transport You virtual Stem club) is an opportunity for you! Join a free zoom call once a month to be able to speak to professionals and receive virtual tours, experiments, career and collage panels and leadership activities. If you are interested in being a part of this club and earning experience sign up at https://conta.cc/33ktCIA. 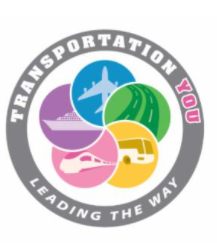 Follow Christopher Rahn
Contact Christopher Rahn
Embed code is for website/blog and not email. To embed your newsletter in a Mass Notification System, click HERE to see how or reach out to support@smore.com