Soumya is using Smore newsletters to spread the word online.

Get email updates from Soumya:

Why was Hitler Youth created?

Hitler Youth was made to produce generations of supporters of the Nazi views. Hitler harnessed the excitement and enthusiasm of the youth and and promised a great future for those who joined them, knowing that young people would be a powerful political force. Hitler and the Nazis wanted the youngsters to support Nazis, so they would have generations of followers, who would keep the Nazi party supreme. In addition, they were used to spread propaganda and collect funds for the Nazi Party.

At the time, serving the Hitler Youth was a sign of honor, although many parents were against it. Hitler Youth mindset was influenced as soon as a child got into grade school. Children in classrooms were taught only Nazi-Approved ideas as they were being molded into “good” Nazis. Hitler Youth were at Town Meetings and rallies and were indoctrinated Nazi ideology. Nazis considered themselves as Aryans and that the purest Aryans were the ones with blond hair and blue eyes. The Hitler Youth was taught that the Aryan race was superior to all others. 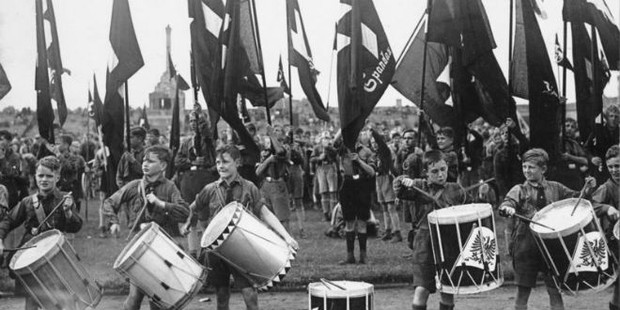 The Evolution of Hitler Youth

The Hitler Youth had Ten Commandments, here are three:

Hitler Youth Uniform (boys): short black pants, brown shirt, and black scarf around the collar with a special insignia sewn on the sleeve.

Bund Deutscher Mädel (girls segment of Hitler Youth): a dark blue skirt, black neckerchief, and a white blouse with a brown climbing jacket for winter, which changed over the year depending on fashion and seasons. 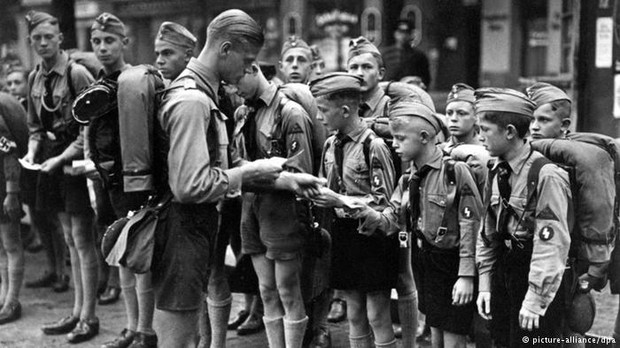 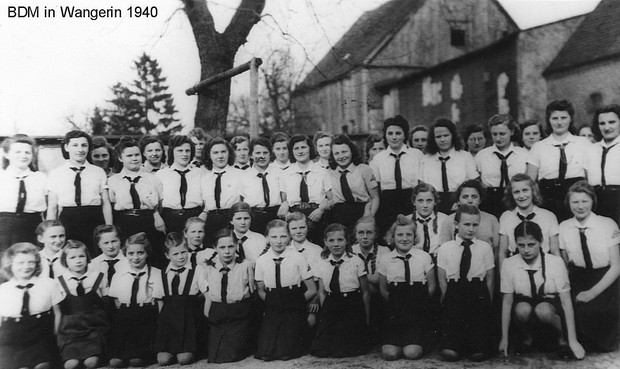 The Hitler Youth was basically a type of radicalized Boy Scouts, where kids went on many hiking and camping trips, outdoor training exercises, and played games.

Boys and girls at a young age participated in competitions and sports, and played many childish games. As boys grew older, sports were less focused on and military discipline was instilled, and as for girls they were trained more and more to become the mothers of Germany.

Other Facts and Figures 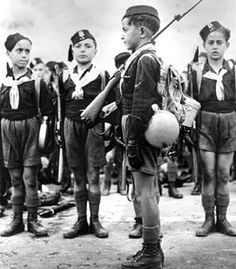 Hans Neumann was forced to join Hitler Youth, here is his story...

- Hitler Youth with their drums and flags in the stadium in Berlin-Grunewald, June 1933. (Photo: German Federal Archives/ Bundesarchiv, Bild 102-14683 / CC-BY-SA)

Soumya is using Smore newsletters to spread the word online.