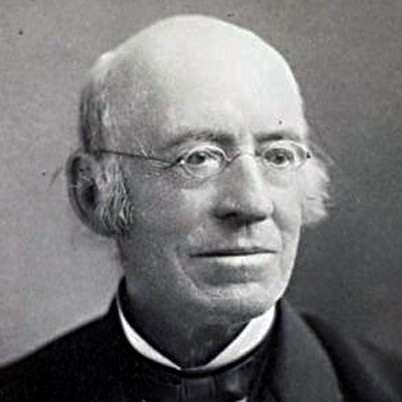 William Lloyd Garrison was born on December 10, 1805 in Newburyport, Massachusetts. His father abandoned his family at the age of 3 and he later received a basic education and worked many apprenticeships that failed. Finally, Garrison worked an apprenticeship that he loved and was good at which was editing for the Newburyport Herald. When the apprenticeship ended he bought the Newburyport Essex Courant and renamed it the Newburyport Free Press. This newspaper folded in 1828 and then he moved to Boston and became an editor for the National Philanthropist. One day he met Benjamin Lundy and got the job of an editor in the Genius of Emancipation. He then joined the American Colonization Society at age 25 which introduced him to the abolitionist movement. On January 1, 1831 he published his first edition of the Liberator. In 1832 he created the New England Anti-Slavery Society and American Anti-Slavery Society the following year. He joined these groups and he went to extremes such as burning a copy of the constitution declaring that it was a pro slavery document. He also began to fight for women's equality in his mid to later life. In 1851 Garrison met Frederick Douglass and when Garrison found that Douglass didn't agree with some of his ideas he attacked Douglass through writings. Garrison was overwhelmed with joy when he witnessed the Emancipation Proclamation. Garrison later died on May 24, 1879 in New York City.

This statue of William Lloyd Garrison can be found in Boston, Massachusetts.

This image is the cover of William Lloyd Garrison's newspaper he created before the Civil War.

Who is William Lloyd Garrison?

William Lloyd Garrison connects to John Brown because they were both white male abolitionists that wanted emancipation of all slaves and went to extremes for that.