Hinduism is a polytheistic religion, meaning that its followers believe in more than one god. The Trinity are the "main" gods known and worshipped in the Hindu religion. 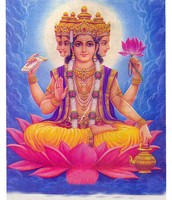 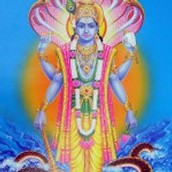 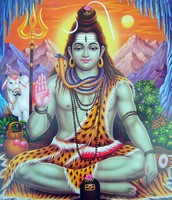 Brahma is the first god in the Hindu trinity. His job was creation of the world and all creatures. Many Hindus believe that all gods originate from Brahma. He is depicted with four heads, four faces, and four arms. With each head he recites the four Vedas. In order to create the human race, Brahma created a goddess of himself. Saraswati.

Vishnu's role is to return to earth in troubled times and restore balance between good and evil. He is believed to be reincarnated one last time close to the worlds ending. Vishnu is represented with a human body with blue skin. His four arms hold a conch, chakra, lotus and mace.

Lord Shiva is the destroyer of the world, he is responsible for change both in the form of death and destruction. Shiva destroys the ego in a positive sense to prevent false identification including the shedding of old habits. Destruction opens a new path for new creations. Shiva is shown with blue skin and a third eye, representing the wisdom and insight he has. He wears a cobra around his neck, the snake sheds its skin to make way for new skin. Similar to shedding bad habits. 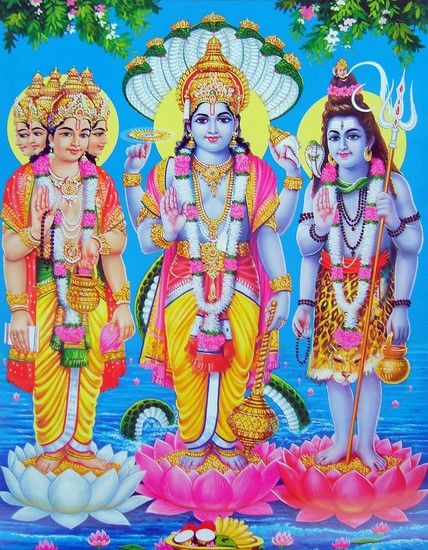 Why Do Hindus Believe In So Many Gods?

Hindus believe in one Supreme God, Brahma, the creator of the universe. He created many gods to assist him and many are in his image. By creating other gods, he has will not become distracted from his true duty.
Paste in your blog/website to embed.