Get email updates from McKenzie:

Plaintiff - the person or party filing the lawsuit

Defendant - the individual or group being charged/sued with a crime

Complaint - a formal notice that a lawsuit is being brought

Pleadings - the complaint and the answer combined in a civil case

Arbitration - when a third party listens to the plaintiff and defendant, reviews the case and makes a final binding decision for both parties

Trial - a formal examination of evidence before a judge, and typically before a jury, in order to decide guilt in a case of criminal or civil proceedings

Verdict - decision in a case made by a judge or jury

Appeal - if the losing party believes something went wrong in the case, they can ask for review from a higher court 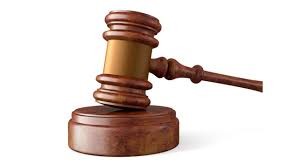