Michaela is using Smore newsletters to spread the word online.

Get email updates from Michaela:

El Greco was a Greek artist born on the Island of Crete. His real name was Doménikos Theotokópoulos, but he went by El Greco, meaning "The Greek". When he was young he to a cretan school to train as an artist. He came from a middle class family, and his dad was a collector and merchant. He eventually traveled to Venice, Italy to follow in the footsteps of other great artists. He eventually moved to Toledo, Spain, and that's where he created some of his most famous pieces of art.

El Greco is considered to have been a part of the Mannerist Movement, but he was influenced by Byzantine artists. Mannerism was an art style that elongated the human form in exaggerated poses. He believed that color was the most important part of a painting, and that it emphasized the paintings "inner light". After his death, El Greco's art went on to influence artist like Pablo Picasso and even Jackson Pollock.

Christ Driving the Traders from the Temple 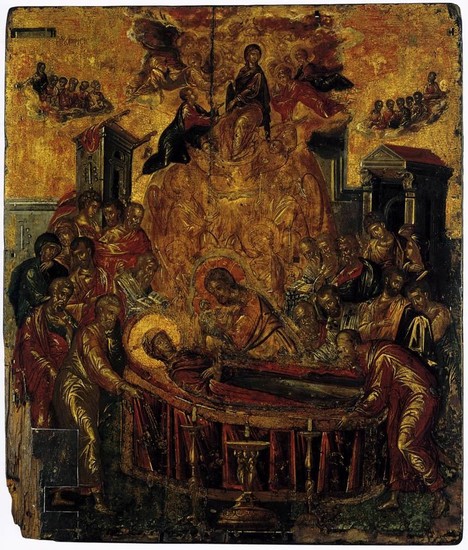 The Dormition of the Virgin

I like this painting, because it seems a lot different than some of El Greco's other paintings. He mixed together the Mannerist and Byzantine styles of artwork together, which makes it more unique than some of his other pieces of art. The warm colors and lighting give the painting a a heavy mood to fit the painting.

Michaela is using Smore newsletters to spread the word online.