The Power of Lament Prayer

The Power of Lament Prayer

This devotional is excerpted from a forthcoming commentary on Habakkuk by Heath A. Thomas. Permission is given by the author.

Habakkuk and the Power of Lament Prayer (Habakkuk 1:2-4)

Lament is a tool that God’s people use to navigate pain and suffering. Lament is vital prayer for the people of God because it enables them to petition for God to help deliver from distress, suffering, and pain. Lament prayer is designed to persuade God to act on the sufferer’s behalf.

This definition of lament is controversial theologically, however. Is it possible (at all) to persuade a perfect, unchanging, omnipotent, impassable God to do anything, much less move him to act? Does this not imply some change within the Godhead? In the end, it is difficult (and speculative) to determine the mechanisms of the inner working of God. Scripture, which sometimes strangely is left out of theological discussions, does not disclose God’s inner life in full. This is one of the reasons why Christians have exerted their minds and will for centuries to catch a flash of light that would illumine ever greater the Triune God. But capturing “flashes” of his brilliance remain the best that we can hope for, because God exists in mystery unfathomable, in unapproachable light (1 Tim. 6:16). Still, God is knowable, and from Scripture. The Triune God has revealed himself preeminently in and through Jesus Christ (John 1:1-18).[1] The Bible indicates that prayers go to God who has the power and authority to change states of affairs, and so while prayer certainly may change us it is apparent that prayers are designed to move God to act, which he does in the biblical testimony. The internal workings of how or why that might be the case do not fall into the purview of biblical reasoning. God does respond to the persistent cries for “help!” or “justice!” of those who are suffering or oppressed (Luke 18:1-6). But when and how he answers, as we shall see in Habakkuk, is on the basis of his divine prerogative. It is appropriate, then, to say that God hears and knows our distresses and our prayers, but he is not bound to our requests. His divine response may come, but it may not come in the form we have asked.

Dietrich Bonhoeffer writes about the essence of prayer, and he notes its major distinction from other forms of speech. Bonhoeffer recognizes that it is easy to confuse “wishing, hoping, sighing, lamenting, rejoicing—all of which the heart can certainly do on its own—with praying. Praying certainly does not mean simply pouring out one’s heart. It means, rather, finding the way to and speaking with God, whether the heart is full or empty.”[2] His distinction, I believe, is right: prayer does differ from cathartic speech. Prayer is directed to God in hopes that he would hear and respond. Bonhoeffer is wrong, however, when he disassociates lament from prayer. In fact, in the biblical testimony, lament is prayer, as indicated in our definition above.
Hermann Gunkel and the scholarship which received his work understood lament (or in the German “Klage”) to mean direct address to the Lord about distress. [3] We need to be careful, however about confusing lament as an expression of grief or pain and understanding lament properly as a direct address to God in a time of distress. It is one thing to say, “Oh, God!” as a cathartic expression of pain, and another thing to say, earnestly “Oh, God help me in this time of trouble! You are God and I am not. Save me!” The difference is profound.
Lament does more than to simply express a feeling. Confusion on this point may be a result of uncritical reflection on what is going on in the biblical material or a result of simple terminological confusion, but lament is more than an expression of grief, or something people do when they are sad, or depressed, or upset. Lament is prayer to God about a distress. To be sure, uttering lament can be cathartic and healing. It can ameliorate suffering through its very vocalization. Some psychological understandings of (and applications of) lament speech advocate this. But biblical lament prayer is not aimed primarily (or only) at catharsis, healing, or self-actualization. Lament’s primary motivation is to take whatever distress before the throne of God, as Habakkuk does, and await his response.

This point about the direction of lament prayer remains important, because it reveals lament to be a kind of petitionary prayer.[4] It asks of God something in order to generate his response; normally, the expected response is ameliorating suffering or pain (of various types: emotional, psychological, physical, or spiritual). Now, whether he will answer the request or not (or how he will do so), however, is out of the lamenter’s hands. God is not a glorified gumball machine. Lamenters pray to their only hope, God himself, in hopes that HE will respond to the prayers on the basis of his character: covenant love, mercy, and justice. So Miller says: “[The] fundamental ground of prayer, that is, the responsiveness of God to the cry of human need, is lifted up. All the description of the plight of the afflicted, wherever it occurs in prayer, assumes God’s care and compassion, especially for those in distress.”[5]

The tone and style of lament prayer varies. It may appear argumentative in style or in a humble in tone. Because of this, different terms touch upon different nuances to lament prayer. So, for instance, penitential prayer confesses sin and reveals one kind of distress that needs relief: namely, forgiveness from sin. Other forms of lament prayer present to God different kinds of distress, where there is no confession of sin. These include suffering over sickness, being oppressed by enemies, or even suffering as a result of God’s actions. In both penitence and general lament prayer, the hope is that God would see and respond to prayer. So despite its variety in tone and style, such prayer remains fundamentally rhetorical speech. To ignore this reality is to fundamentally misconstrue lament’s purpose and effects. Some misconceptions should be exposed.
Christians sometimes have trouble with lament prayer. It may be characterized as irritating complaint, or worse, adolescent whining: moaning about hardships in life instead of facing them head-on, bravely. Lament can be considered speech for the “weak” when one should put a brave face on in the midst of trouble. After all, suffering and trial produce something in the life of the believer: patience, perseverance, etc. For this reason, one should not whine about suffering but rather embrace it as a good gift from God! In this way, Christians construe all suffering as “soul-building.” No time to whine…God is doing something in the Church! Christians may also characterize lament prayer as “impoverished of faith.” In this vein of thought, lament prayer is equated to rebellious protest where the petitioner, in effect, turns away from the Lord. Imagine an angry person striking out at God, upbraiding him over perceived failures or decrying God’s inability to meet one’s needs. After the emotional outburst, the petitioner walks away, justified that they have successfully vented their spleen. This way of thinking equates lament prayer with the advice of Mrs. Job: “Curse God and die!” (Job 2:9). These views may arise out of certain biases against lament speech, whether they are cultural or religious. I often encounter students who, when faced with the lament psalms in a class, tend to think that the petitioner is a bit off the mark and impious – followers of God ought not speak to the Lord that way!
Yet I would suggest that Habakkuk, among other texts, shows us that followers of God indeed must speak to God this way. Biblical lament’s audience is not oneself but the wholly Other. Lament speech is inherently relational and creaturely. Humans possess neither the mind of God nor the perspective of God (as he sees all, knows all, and is all in all). As a result we must go to God when we are confused or we see injustice, or when we experience pain. Lament prayer is not God-denying language but God-affirming language that reveals a radical faith in God and a firm understanding of our dependence upon him for all things.
The major literary contexts of lament lie in the Psalter, Job, Jeremiah, and Lamentations, though it is interspersed throughout the rest of the Bible (including our present text of Habakkuk). These texts all contain laments, which are all prayers, and they articulate a variety of sources of pain: enemies, sin, and even the activity of God.[6] Notice that these are not petty complaints, but serious issues of justice about which the lamenter cannot keep silent. And so, lament positions an issue of justice that was formerly experienced – but is not so now – firmly in view before God presently (see especially Psalm 74). Whereas praise looks back at what God has done in the past in salvation, lament looks forward to what God will do in the present and future in salvation.

[1] I affirm this with the recognition that God’s self-revelation was sufficient to generate faith prior to the incarnation (cf. Gen. 15:6). This is precisely because the Son is not a newcomer on the scene only at the incarnation. As a Triune God, whenever God is presented in the Old Testament, the reality of the Father, Son, and Holy Spirit is ontologically there. This is a specifically Christian understanding of God in the Old Testament.

[6]Self (and sin), enemies, and God are all potential sources of pain in laments, and thereby the substance of the prayer to God, as Claus Westermann has ably shown (Praise and Lament in the Psalms (trans., K.R. Crim and R.N. Soulen; Atlanta: John Knox, 1981), p. 169.

1. Where do you have need to lament today?

2. Where has Christ met your need?

3. What is the ground of your hope in prayer? 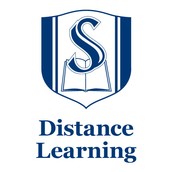 @SebtsDL
PO Box 1889 Wake Forest, NC distancelearning@sebts.edu 919-761-2269 sebts.edu/academics/academics-distance-learning/
Embed code is for website/blog and not email. To embed your newsletter in a Mass Notification System, click HERE to see how or reach out to support@smore.com
Powered by Smore
Powered by Smore