WW1 was the first war in the US that involved military planes.

To help cover them selves to shoot, the soldiers dug trenches and fired at the opposing side.

Once germany attacked Lusitania, the US was done. This was the final straw that led to WW1.

Countries at the war:

The Allies included Britain, France, Russia, Italy, US. These countries fought against the Central Powers which included Germany, Austria-Hungary, Ottoman Empire, and Bulgaria. 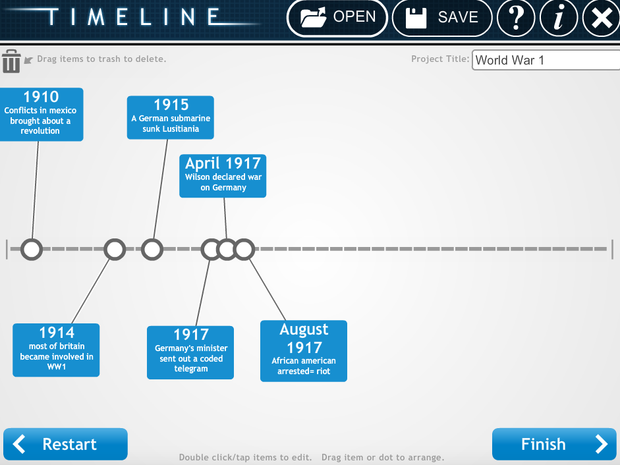 What caused the US to enter WW1?

The coded telegram that asked Mexico to side with Germany. Also the attack by the germans on our boat, Lusitania.

How did Texas play an important role during the war?

The government needed to mobilize the nation for war. The railroads in Texas helped move men and equipment quickly. Texas became an important location for this effort.

Germany had formally surrendered on November 11, 1918, and all nations had agreed to stop fighting while the terms of peace were negotiated. On June 28, 1919, Germany and the Allied Nations signed the Treaty of Versailles, formally ending the war.

On October 29,1929, the stock market crashed. This day was given the name Black Tuesday.

When the wheat plants died the soil became dry and there was noting to keep it in its place. Then the region was struck with crazy dust storms with high winds that covered the region with dust.

There was a sudden discovery that led to lower oil prices. Although there was so much they hired people to stop the oil. The supposed to be installers, installed a fake shutoff valve that didn't work. Instead they smuggled the oil away. Once it was seen by the authorities, there was chaos.

Herbert Hoover was the president during this era. Hoover never believed the depression era would last long. He blamed international economic problems and questionable business practices for the great depression. He stated his views on the era by saying "The local communities through their voluntary agencies have assumed the duty of relieving individual distress and are being generously supported by the public." He relied on the business's and others to relieve the era. 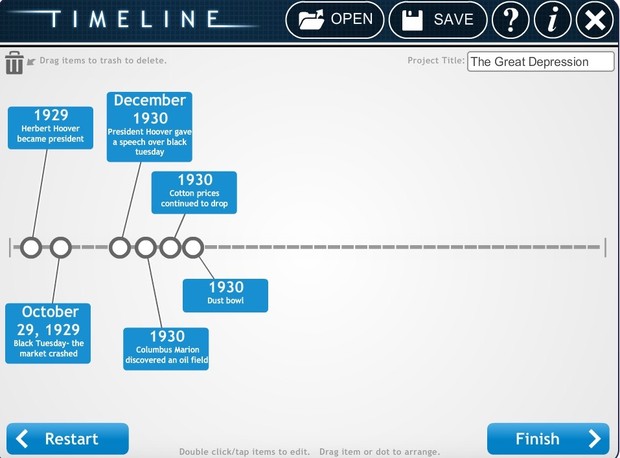 How did FDR pull the country out of depression?

He launched the new deal which was a series of domestic programs aimed to fix the problems brought by the Great depression. The problems included relief for the poor, jobs for the unemployed, recovery for the economy, and economic reforms to prevent other depression.

What caused the Dust Bowl in Texas?

Farmers’ over-planting of wheat contributed to a natural disaster. In the 1930s, the Great Plains had record high temperatures and severe droughts. When the wheat plants died, there was nothing to keep the dry soil in place. Then the region was struck by unusually strong windstorms. This wind picked up the soil and formed huge dust storms. The blowing dust seeped into homes, suffocated some livestock, and caused many people to develop lung problems.

Which New Deal programs were important to Texas?

How were tenant farmers and miners affected by the great depression?

Tenant farmers did not seek help because their situation did not seem much worse than it had been in other years. They simply relocated in search of work. More than 200,000 Mexican Americans left Texas for Mexico during the Depression. Some hoped to find jobs there, while others were forced to leave when they could not prove their citizenship. Government officials hoped this relocation of workers to Mexico would open up jobs for others.

When the Japanese military decided to bomb Pearl Harbor, it was the final straw for the US. They decided to enter the war. 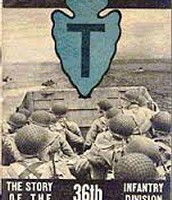 It's one of the most famous military units of the war—the “Lost Battalion.” In early 1942, a unit from the division was sent to the Dutch East Indies in the Pacific to help the Dutch and British. When the Japanese captured the islands, about 500 Texans were taken prisoner along with some 400 American sailors and 5,500 British and Australian troops.

An African American sailor from Waco, was serving on the battleship West Virginia when the surprise attack on Pearl Harbor came. Although Miller had no training as a gunner, he ran to an unattended deck gun and began firing. It is believed he shot down one or more Japanese warplanes while defending his ship.

Audie Murphy, from rural Hunt County, was the most highly decorated American in World War II. When he enlisted in 1942, Murphy had just turned 18 years old. He was only 5 feet 7 inches (1.7 m) tall and 130 pounds (59 kg). He went on to fight in numerous battles in North Africa and Europe and was wounded three times. In 1945 Murphy singlehandedly held off an attack by 200 German soldiers for 30 minutes so that the rest of his unit could escape. By war’s end, he had won 37 decorations—11 for bravery in battle—from the United States, Belgium, and France. Murphy won every medal the United States gives for bravery, including the Medal of Honor, the nation’s highest military award.

Countries at the war: 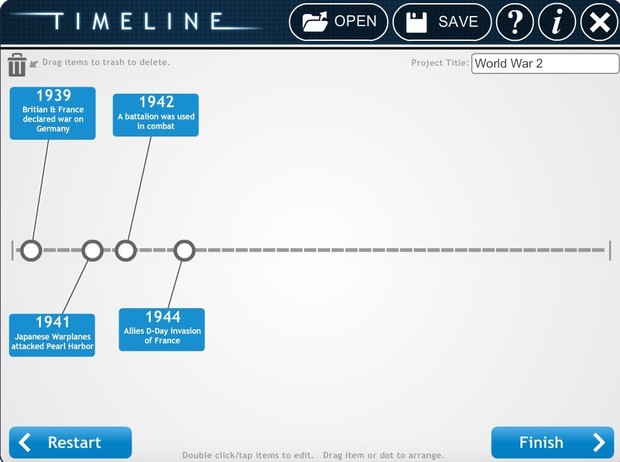 How did Texas contribute to the nation’s military effort in fighting World War II?

Texans of all ethnic groups lined up at military recruiting centers after the attack. More Texans volunteered throughout the war. Other Texans were drafted into the armed services. By war’s end in 1945, more than 750,000 had served in the nation’s armed forces—a greater share of its population than from any other state. Texas also was a center for training flyers during the war. About 200,000 pilots, navigators, gunners, and other aircraft personnel trained at 40 airbases across the state.

How did life changed for Texans on the home front during World War II?

Texans at home had to make many sacrifices. Rationing forced great changes in daily life. The federal government set limits on how much sugar, meat, canned goods, shoes, rubber, and other items people were allowed to consume. Local rationing boards issued coupons that allowed people to buy these items according to their needs and each item’s value to the war effort. Government controls on prices helped hold down the cost of items that were in short supply. Most Texans accepted rationing as their patriotic duty. However, many were upset by the rationing of gasoline in such an oil-rich state. Speed limits on Texas highways were lowered to 35 miles (56 km) per hour to conserve gasoline. Travel by train and bus greatly increased as a result.

How did WWII end?

American industrial might and the dedication of the Allied forces brought victory in 1945. Armies of the Soviet Union entered Germany from the east. British and American forces pushed in from the west. In May of 1945, German leader Adolf Hitler killed himself. Those who took control of the German government surrendered to the Allies soon after. Italian forces had surrendered earlier, and Texans took to the streets on May 8, 1945, “V-E Day”—V-E standing for “Victory in Europe”—to celebrate the end of the war on that continent. Then, as American forces neared Japan, Japanese troops continued to fight and declared they would never surrender. In August 1945, to force an end to the war, the United States dropped an atomic bomb—a devastating new weapon—on the Japanese city of Hiroshima. Tens of thousands of people died, but Japan still refused to surrender. A few days later, the United States dropped a second atomic bomb, this time on the city of Nagasaki. Japan then surrendered, marking “V-J Day” ("Victory over Japan") and setting off rejoicing in the United States. The long war was finally over.