Parliament finally gains the oppurtunity to give us rights

It is August 27, 1789 and the day has finally come; we now have rights that we all deserve. Recently after the demise of King Louis XVI, Parliament finally had the authority and power to try and make things fairer for us, in the Third Estate. They have agreed and voted on what the Declaration should state. From the Declaration, we obtained freedom of press (in which I am now expressing) and we granted equality of taxation and we are all equal before the law. It also gave us the freedom to practice our own religions and this helps us to believe in what we believe to be true. So I know what you're thinking: Parliament gains the opportunity to give us rights, and now we all should celebrate, but no we still have a lot of work to do. We may have gained rights but we still need to work hard to get everything we want. Even if it means that we have to start Revolution, it’s still going to be okay because we all want any future generations to live better than we have to now. 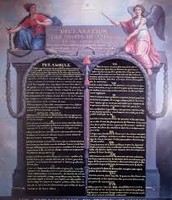 Picture of the Actual Declaration of Rights of Man 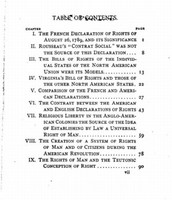 Picture of the Table of Contents for the Declaration 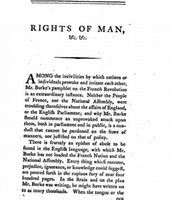 The First Chapter, stating the Rights of Man

The Royal Family attempts to flee the Country

o As we all know, we are on the brinks of Revolution and we just got word that the King signed a pact along with Prussia and Austria stating that if anything happened to him or his family they would invade and attack Paris. At the border of our lovely country, we learned of this pact and tried to find the King and arrest him for treason against our beloved country of France. As we arrived at his castle we found out that he was fleeing for the border with his family. Our army did eventually find the King and his family on the border of France and Austria. We found them on a little town called Varennes. At Varennes, we arrested the royal family and charged them with treason against France. A powerful extremist named Jacobins informed the country that he was trying to overthrow the revolutionaries. Of course, we wanted nothing to do with the king after that so he is being put on trial and is most likely going to be convicted and be found guilty. His punishment will most likely be execution by beheading.

The Attempted Esacpe of King Louis XVI and his family 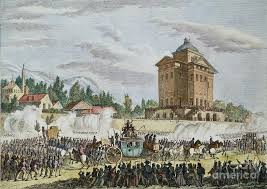 The Oath from a Tennis Court

As it turns out the King blew through most of the money in the countries Treasury, He wanted to fight in so many wars that we needed supplies to he borrowed it from other countries. Now there is this enormous debt to pay and the crisis is just too big for the King to try and manage all by himself. In order to levy the weight of this burden, he enlists the help of the Estates General. They decided to make themselves official and call themselves the National Assembly, even though they knew that King Louis XVI would not approve. In consequence for these actions the King locked their meeting hall, do their assembly met on a tennis court. Every single member pledged not to disband their legislature until they adopted an official constitution. 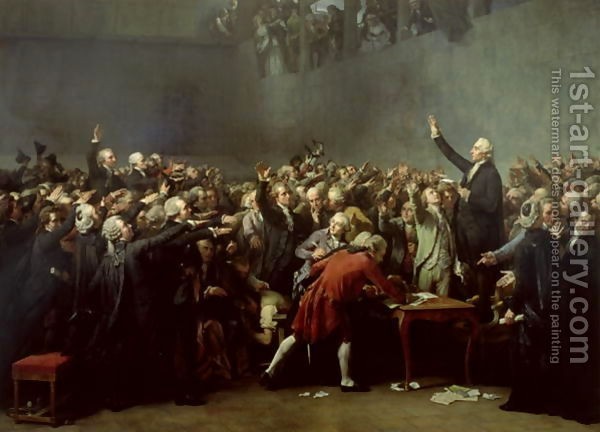