Basics and Conventions of the Time Period

Elizabethan Era also known as the golden age, was known in the English Renaissance, at this time literatures, poetry, art, and music were blooming into the world. This era was most recognized of how theatre started in town squares and courtyards of taverns or inns. This lead to the creation of theatres and indoor theatres called playhouses. Most plays were reenacted from the Bible and to teach about life and lessons. Shakespeare was a huge influence on theatre, he wrote plays inventing new words no one has ever heard of and as well as acting in them. Shakespeare showed how plays could explore a character's inner motivations and conflict. He also transformed English theatre by expanding expectations about what could be accomplished through plot and language.

Most findings have been of Rose and Globe theaters, but all theaters during this time period followed the same general plan. Polygonal, threes stories high with an open centre in the middle of the theater, this theatre had a kind of rounded effect with the centre leading to the stage which was surrounded by the audience on three sides. These theaters were usually built of timber, lath, and plaster with a thatched roof that was extremely flammable. The globe theater’s roof was replaced with tile after it burned down. The Blackfriars theater was smaller than these but was more like a modern theatre as it was entirely roofed. Sets were usually backdrops along with furniture and some props.

Inside of Globe Theater 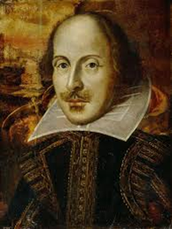 Shakespeare played roles in his own plays as older male characters. Shakespeare composed his plays in the form of poetry using iambic pentameter. Shakespeare did not have the formal education or come from wealth. His success was “depended in part upon royal patronage”. He was a shareholder of the Lord Chamberlin’s Men, a very popular acting company in London. This is where he submitted many of his plays and the later Globe Theatre was created. Influential plays: Othello, Romeo and Juliet, Hamlet, King Lear, A Midsummer Night’s Dream, etc.

AA Midsummer Night's Dream- The comedy of William Shakespeare is a series of interlinking conflicts that cause every plan to go awry. Two young lovers Hermia and Lysander run away to elope causing Demetrius to follow Hermia because he is in love with her. Helena follows Demetrius for the same reason. The King of fairies, Oberon, is unhappy with his disobedient wife and sends his messenger, Puck, to cause her to fall in love with a donkey. Oberon wishes to help the young people and their distorted love triangle/square and sends Puck to enchant them to love the one that loves them, but of course, an error occurs causing greater drama and conflict. Eventually the conflicts are resolved at the end of the play. 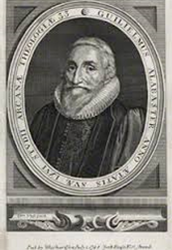 Wrote about the issues and conflicts of England during this era in Latin. He wrote Elisaeis is a Latin epic about Elizabeth the first that was originally intended to be twelve books in length “extant volume shows a preoccupation with stylistic experimentation as well as the use of extended rhetorical speeches”.

Great influence of Shakespeare. Influential play: Doctor Faustus Synopsis: A play about a man who sells his soul to the devil for power, pleasure, experience, and knowledge. He learns necromancy, makes a deal with the devil, goes through wasting his skills and damnation. 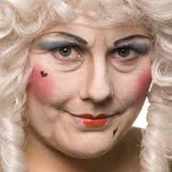 Character makeup included as series of techniques to make the skin a smooth alabaster with rogued cheeks and eyes made to look bigger eyes. Wigs were worn with a golden shade of hair. Many of these techniques were poisonous. Lighting of this time period came from candles, chandeliers, and/or natural lighting.

During this time period, the presence of Sumptuary Law dictated how a person should dress based upon gender, wealth, nobility, etc. Women were forbidden to be seen on stage. It was a taboo. Men (many times young boys) played the female parts. Costumes were exaggerated and affluent as well as the experimenting of new accessories and styles never used in London before being presented on stage. “A woman’s costume included the inner garments, the clothes and the outer garments. The inner garments consisted of a singlet or chemise, corset, generally made of whalebone to pinch the waist so as to give an appearance of an incredible petite frame. Then came stocking, pantalets, and under skirt, a stomacher, which was a filler for the deep neck of a dress. It was usually intricately embroidered. And finally something called a forepart. The gowns, depending on the station of the person being portrayed was made of coarse cotton to silk and velvet. Taffeta and brocade was also widely used.

The dresses were full skirted and sleeved. The Elizabethan era was known for introducing the high stiff collars which is seen in many paintings of Queen Elizabeth. The sleeves were worn apart and the ensemble accessorized with shoes, capes, hats and reticules. The men’s costume at the Elizabethan theatre was a shirt, stockings and as it turns out corsets! However, fewer men wore corsets in the Elizabethan era. The outer garments were britches, doublet which was a well fitted coat, sleeves separate, same stiff high collar and an overcoat. This was rounded off with a cape and hat. Cravats were also an integral part of the men’s attire.”