Being a Whole Man

Being a Whole Man

In Song of Solomon (1977), Toni Morrison asserts that being a grown man "ain't nearly enough. You have to be a whole man" (70). While Macon II says this in relation to knowing the whole truth about one's past, it ties into the larger bildungsroman formation of the novel. Morrison exposes the burgeoning tension between Milkman's arrogance and the recognition of his failings, implying that his quest for self-understanding is far from reaching its end. Although he is simultaneously isolated from his family, his best friend, and essentially the entire African American race, Milkman resolutely carries the belief that the world revolves around him. The falsely based worldview is further nurtured by others' confirmations, giving him no pressing urgency to explore his own identity. His human need for affection is readily supplied, for he can sleep with Hagar whenever he desires. Similarly, Ruth freely gives her love to Milkman, a "love that he didn't even earn to deserve" (79). And although it seems that Milkman is defending Ruth against Macon II, he does it to reaffirm his constantly challenged masculinity. Milkman even takes advantage of his best friend, Guitar. He vents his emotional struggles to Guitar, but does not reciprocate the same respect to listen to his best friend's problems. The indifferent tone that Morrison gives Milkman emphasizes his blindness towards the effects of his hurtful actions. Because of this disconnect, Milkman exemplifies a physically grown man who is yet to become internally and mentally whole. 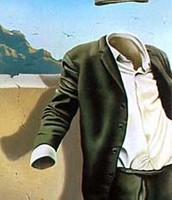