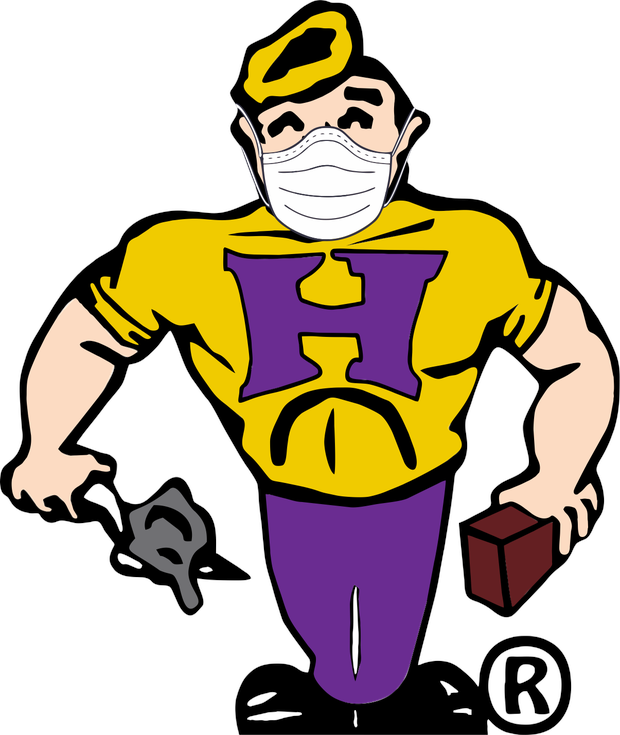 PRIDE is a word often used when discussing this blue-collar town situated on Lake George ... and it resonates when talking about the Brickies. Whether it's in the classroom, athletics or somewhere else, our kids illustrate Passion, Respect, Integrity, Determination & Effort! This week gave the entire community a few more opportunities to witness those fine characteristics on display ... particularly within athletics. Let's face it - our Brickies ROCK! 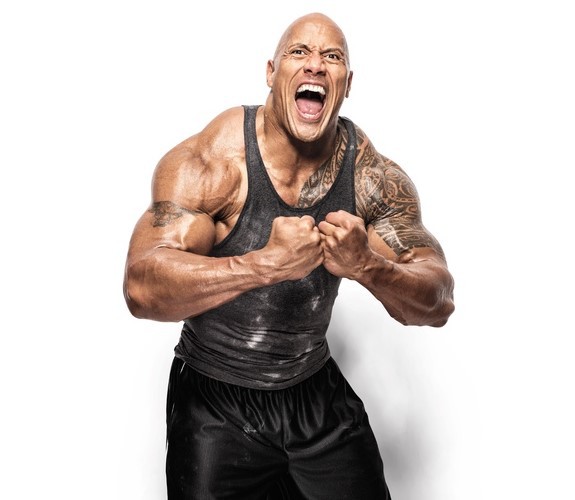 During the regular season, the song "Enter Sandman" by American heavy metal band Metallica always plays when the Brickies come over the burm and run through the pregame banner! As it turns out, it is the exact same song that Logansport used when they were introduced prior to Friday's IHSAA REGIONAL clash. Perhaps the Berries should've gone for more of a "neutral site" intro, because hearing those familiar tunes seemed to make our boys feel right at home, and over the next 3 hours, Hobart sent the hosts off to never never land with a DOMINANT 45-14 VICTORY!!

Logansport received the opening kickoff and on the 3rd play from scrimmage, quarterback Garrett Barron found space around the right side and raced 84 yards for a touchdown. A failed 2-pt conversion kept the host's lead at 6-0 after just 90 seconds of play. This would be their only lead of the game as the Brickies scored on their next 4 possessions!!

First, Zach Vode returned a kickoff inside Berry territory and after a series of runs by senior workhorse Tyler Turley got Hobart inside the 10, junior Miki Djankovich booted a 22-yard FG through the uprights and the lead was cut in half at 6-3.

After a Logansport punt, the Brickies again drove down the field featuring a heavy dose of Turley running behind the physical Hobart line! On 3rd down, senior Riley Johnston threw a jump-ball into the corner of the endzone and Vode made an INCREDIBLE leaping catch for the TOUCHDOWN!!!! Brickies 10, Berries 6

Another Berries punt, another Brickie drive ... this time it was Turley who found paydirt with an 11-yard run to put Hobart up 17-6!!!

Logansport, still unable to move the ball against the stout Hobart D-D-D-DEFENSE, pinned our boys inside the 20 with a fantastic punt. Two plays later, Johnston scooted around the right end and sprinted 84 yards for another score!!! Hobart 24, Logansport 6

The Berries would finally mount a drive and score before the end of the half to make it 24-14, but that's as close as it would get. The Brickies piled on 3 more scores in the 2nd half - one of them a SCOOP & SCORE by senior Orlanders Haymon after a fumbled kick-return - and took a knee on their final play with the scoreboard showing HOBART 45, LOGAN 14!!!

YOOUURRR HOBBAAAARRRRT BRRRICKIEEEEEEES are 2020 IHSAA REGIONAL CHAMPIONS!!! This was Hobart's 17th regional title in school history and their 2nd in a row! It also marks the first BACK2BACK trips to the semi-state for Hobart since the 1995 and1996 seasons when Coach Osika was still suiting up for the Purple & Gold!

Next Friday night, Hobart (10-2) will host Marion (10-3) right here @ THE BRICKYARD!! Kick off is slated for 6:30pm CST. If I were the Giants, I'd "sleep with one eye open, gripping your pillow tight" because HERE COME THE BRICKIES!!! 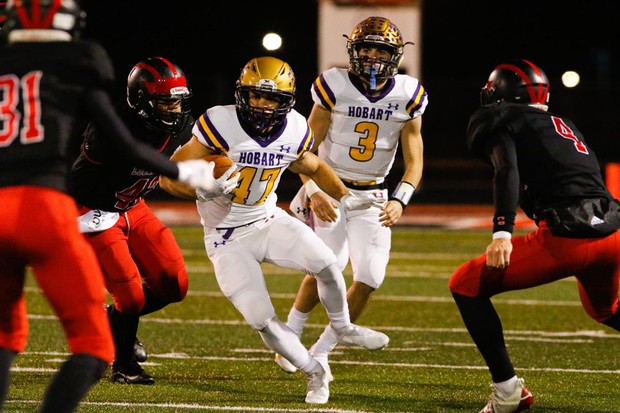 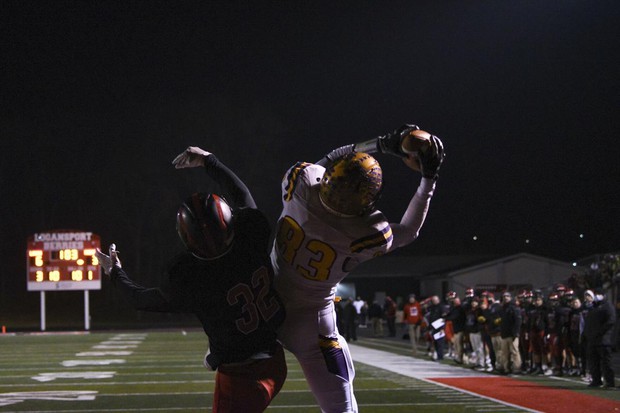 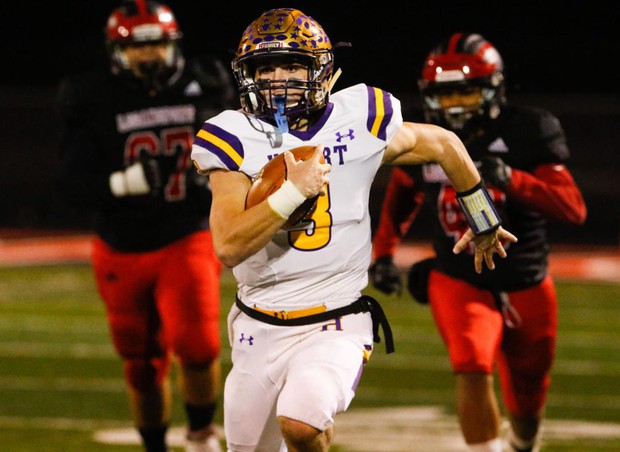 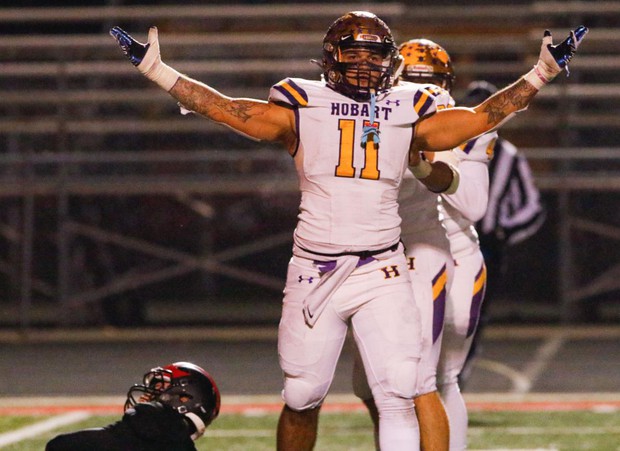 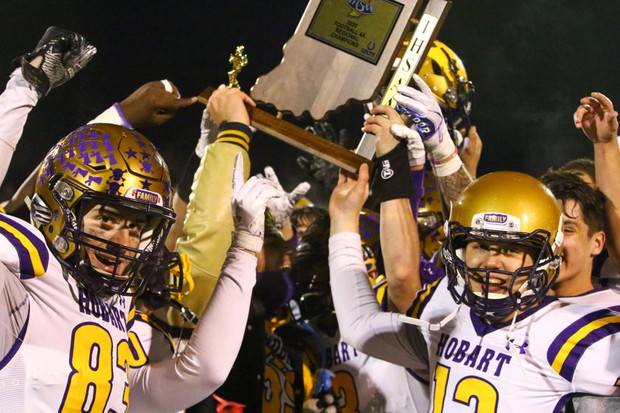 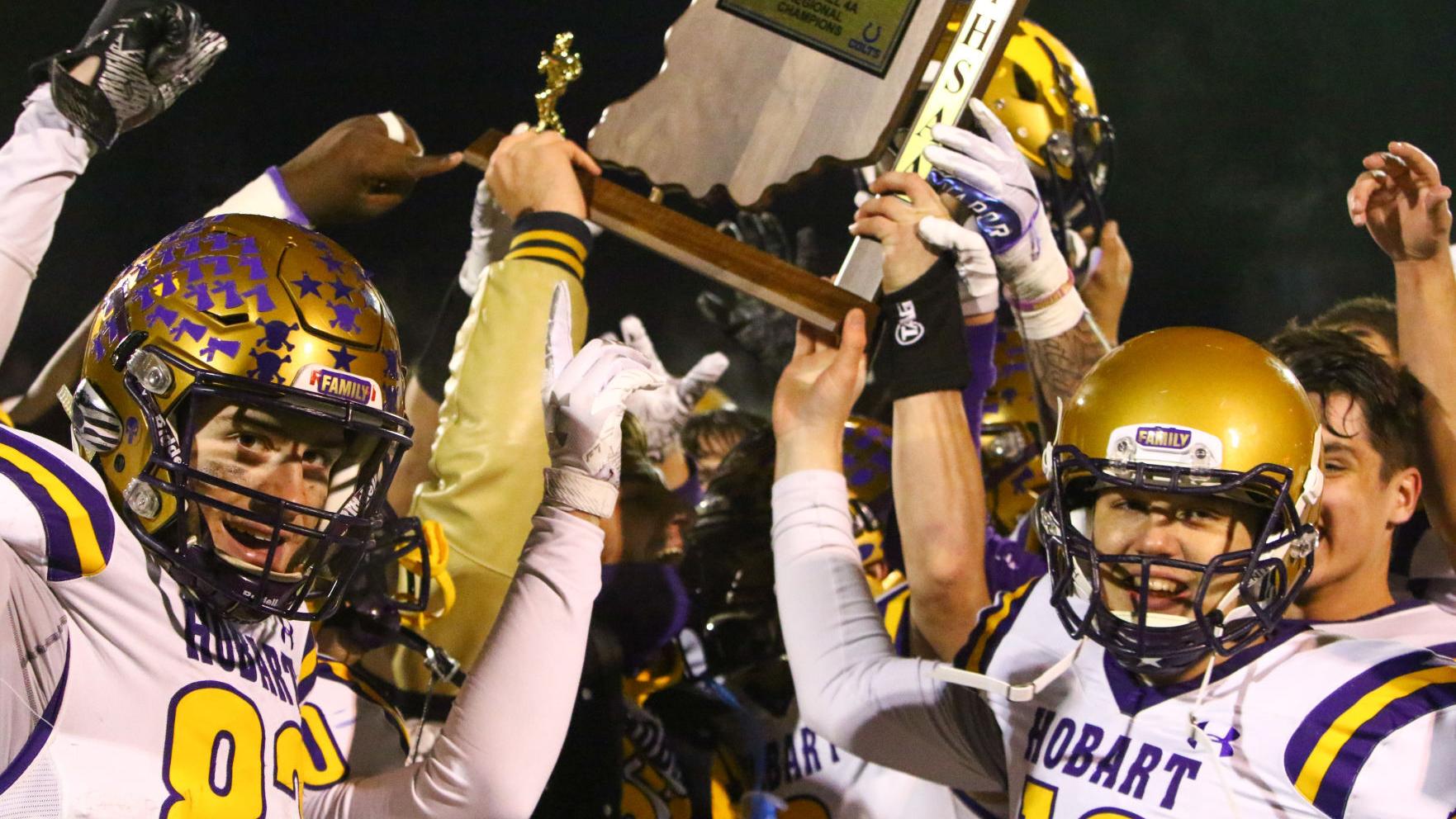 Check out recent articles below on some OUTSTANDING BRICKIES! 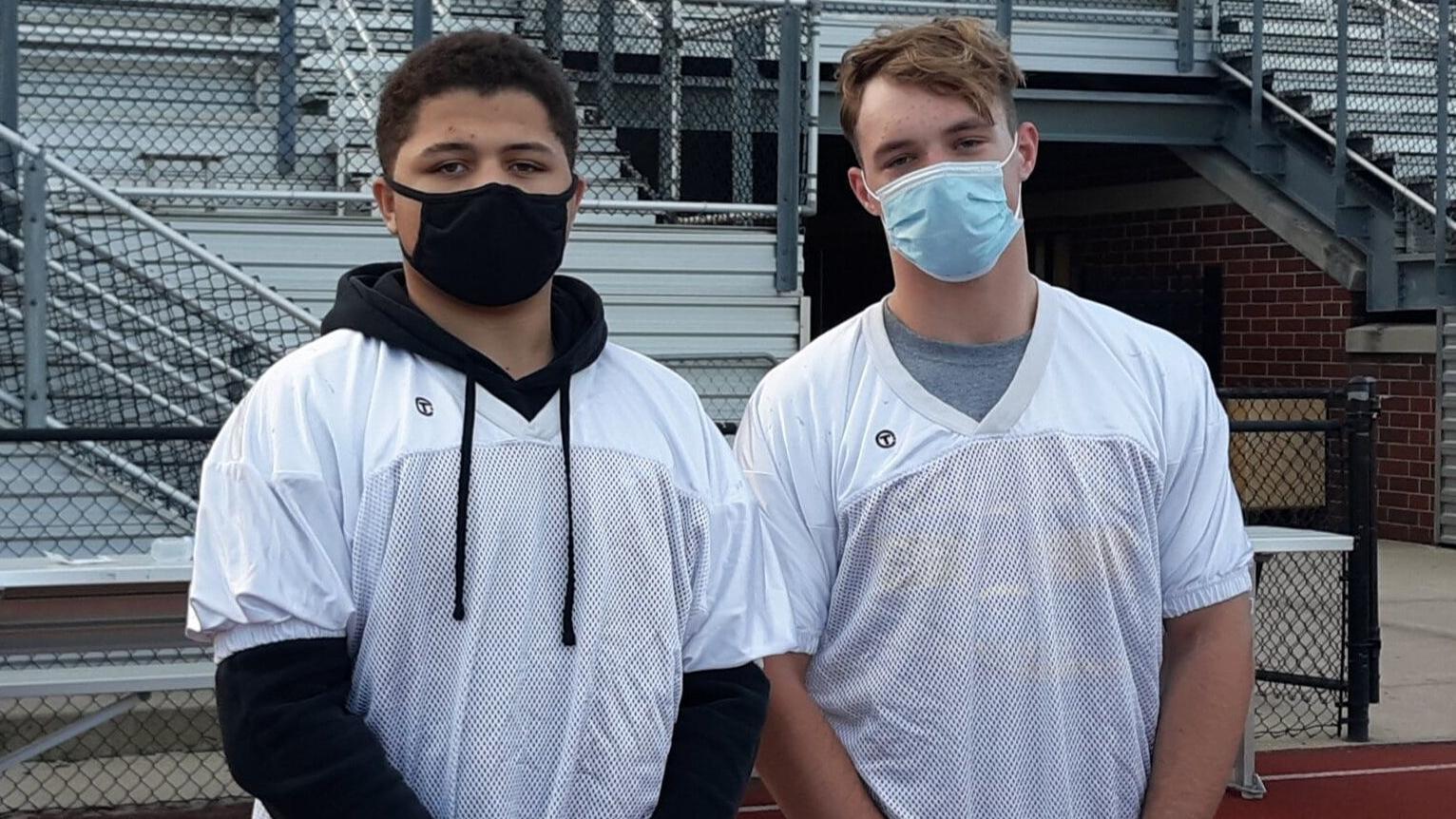 www.nwitimes.com
HOBART — Linebackers Jake Simpson and Ryan Flores are polite. But when the time comes, they can lay a hurt on opposing ball carriers. 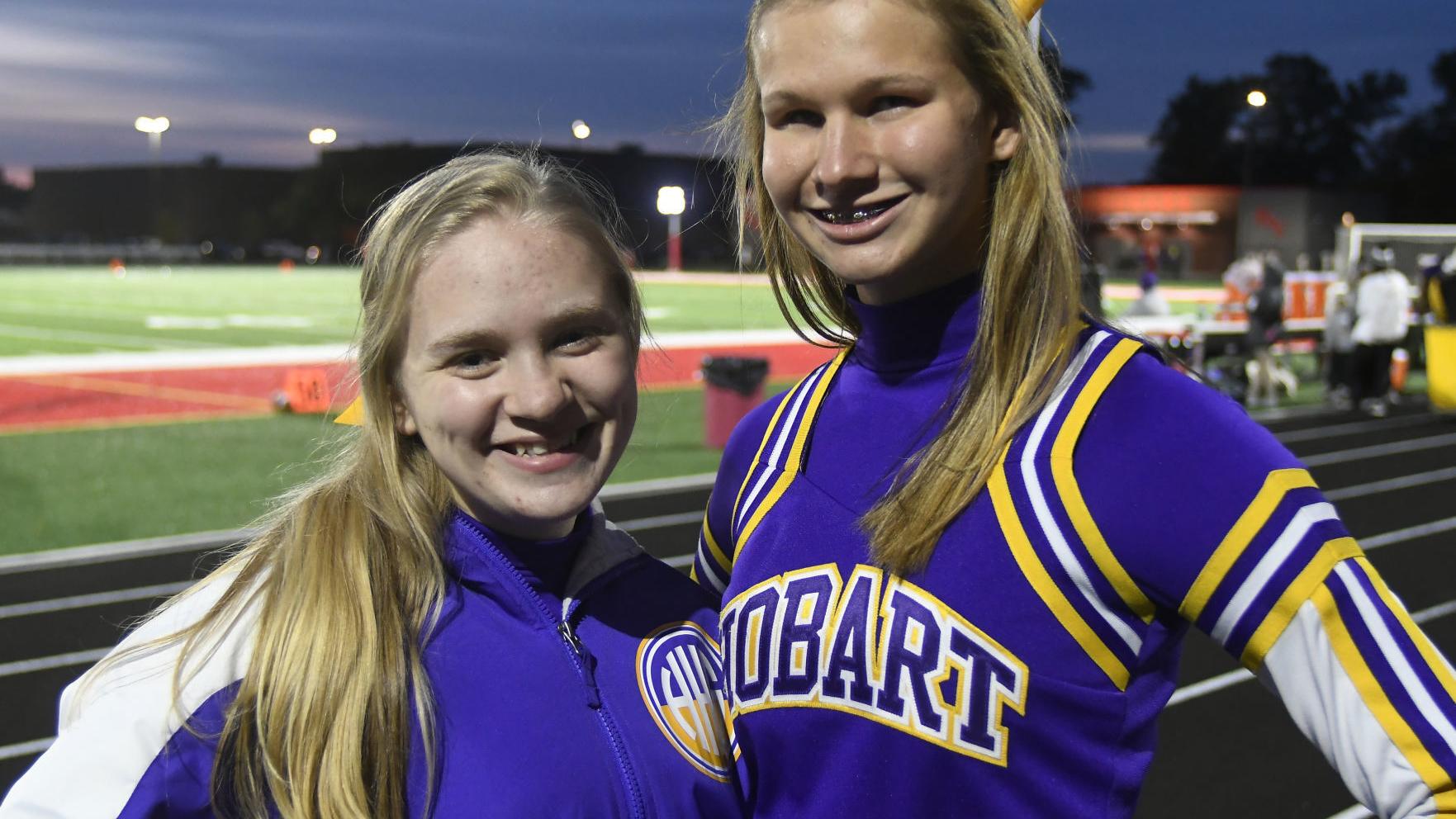 www.nwitimes.com
“They’ve taught me to always persevere no matter the circumstances. That reaching out for help can sometimes be the most courageous thing that you can do."

The Lady Brickies were scheduled to be ROAD WARRIORS this past week with contests @ Kouts and @ Griffith. Our girls were looking to SHINE and keep the momentum going after picking up their first win of the year a week ago against Boone Grove!

On Wednesday, Hobart traveled to Kouts to square off against the Fillies. Early on, sophomore SENSATION Asia Donald was ... well, I think Alicia Keys said it best, "THIS GIRL WAS ON FIRE" ... outscoring the entire Kouts team 9-8 in the 1st quarter to help push the Lady Brickies out in front 12-8!! Over the next 8 minutes of play, the combo of Donald and senior Lexi Williams collectively scored 14 of Hobart's 16 points in the quarter and our girls cruised into the halftime break ahead 28-15!! In the 2nd half, the Lady Brickies continued to control the game and held off a late Kouts rally to earn the 40-29 VICTORY!! Donald poured in 25 points for Hobart and Williams added 8 in the win.

Saturday, the Lady Brickies were scheduled to play at Griffith; however, due to a COVID concern, the contest was postponed and will be rescheduled on a later date.

Hobart is currently 2-1 on the season and showing improvement each time out!

Check out what the NWI Times had to say about SUPER SOPHOMORE Asia Donald! 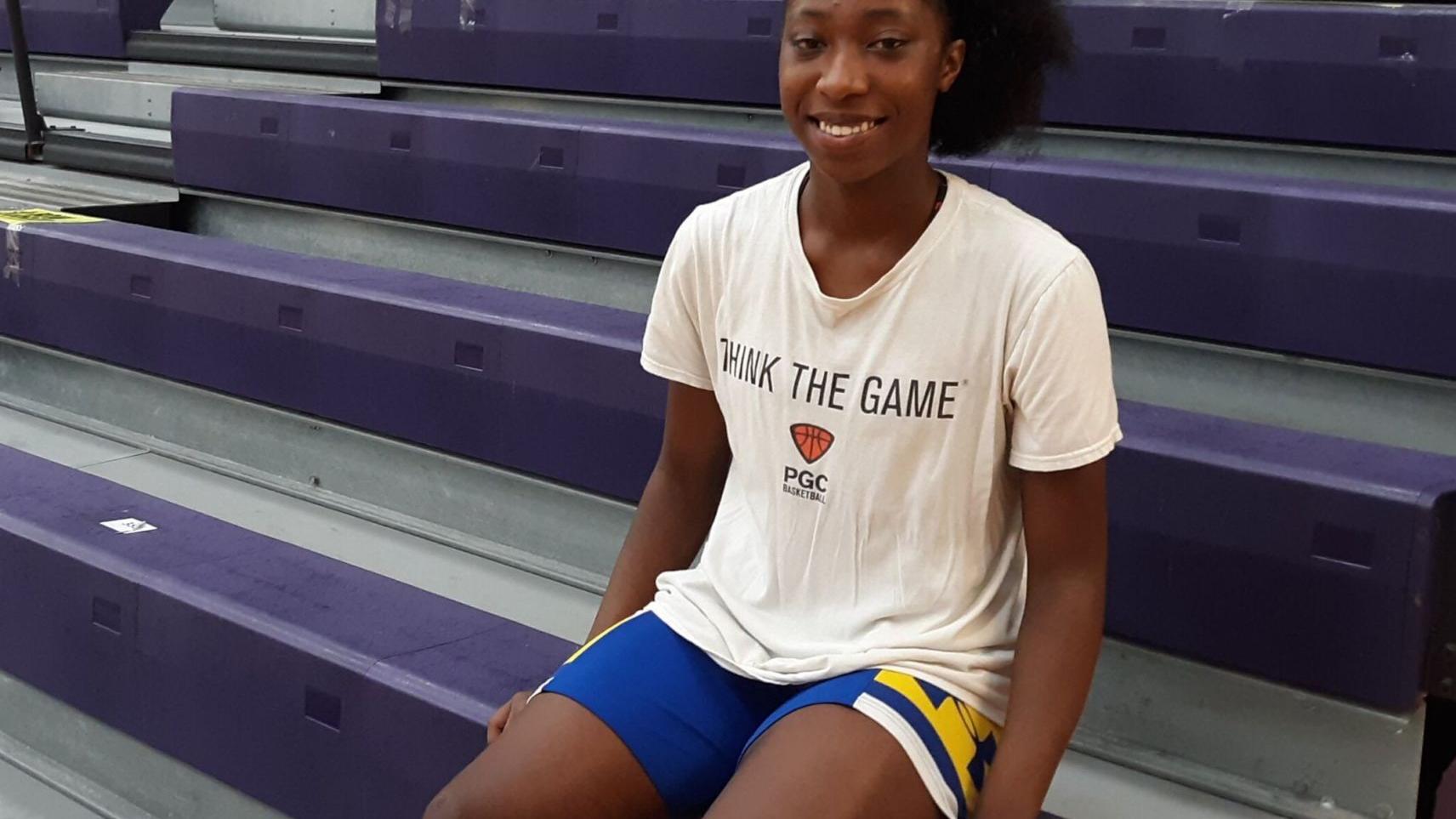 www.nwitimes.com
HOBART — Asia Donald turned a lot of heads in the Northwest Crossroads Conference as a freshman last year, developing a reputation as a high-end slasher and scorer. 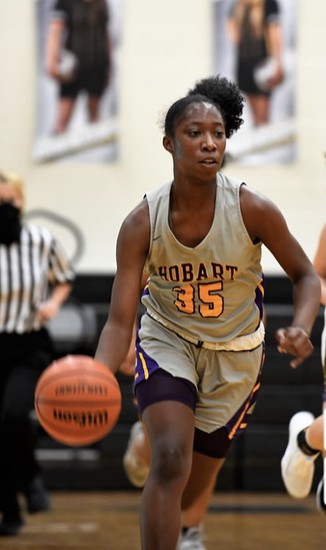 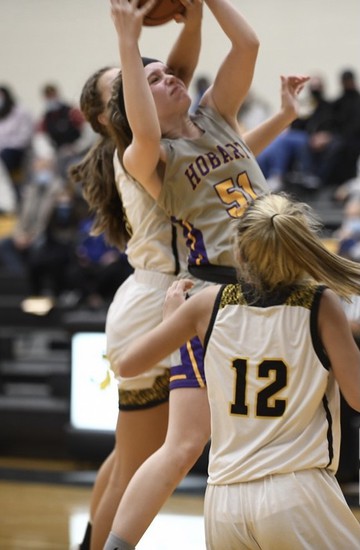 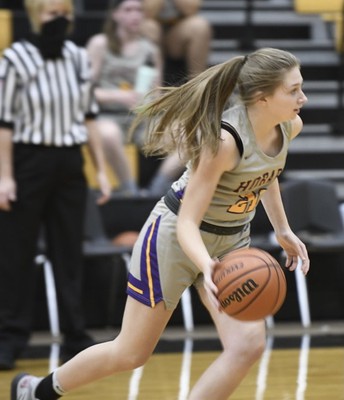 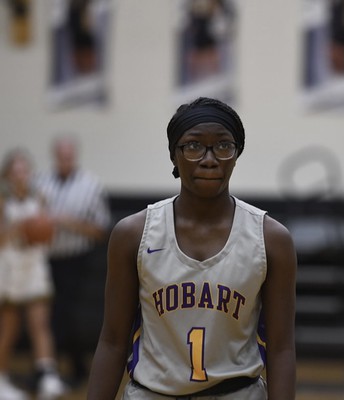 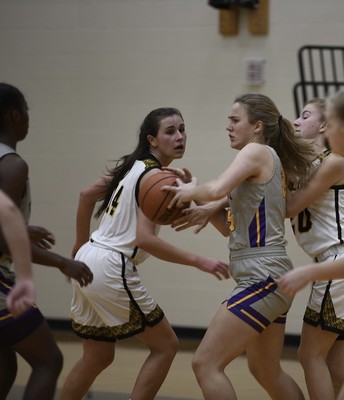 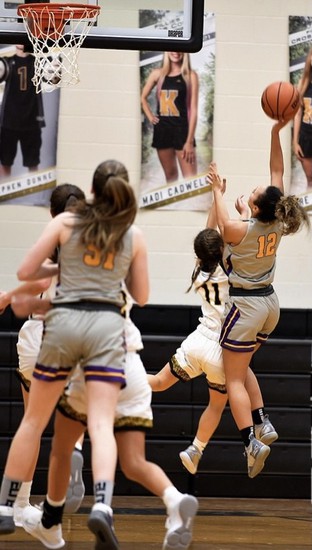 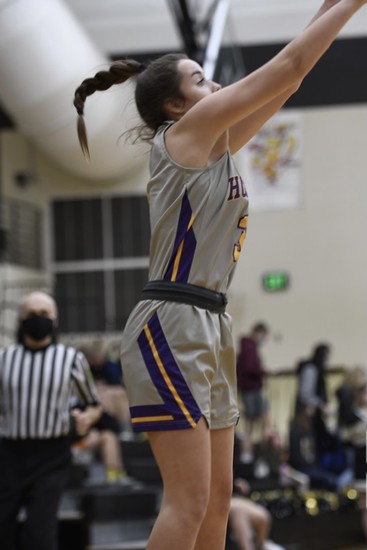 Wednesday, November 11th, was the first official day that senior student athletes ... in every sport other than football ... could sign their National Letter of Intent (NLI) to continue their careers at the next level! 2019 IHSAA 100yd Freestyle STATE CHAMPION Emma "Doin It" Wright signed on to continue her decorated career at the University of Houston! The Cougars compete at the NCAA Division 1 level and are members of the AAC (American Athletic Conference) ... a league they have won the last 3 years in a row!

The Hobart Brickies have a number of student athletes who will be signing offers to compete at the collegiate level. Stay tuned for more updates as we continue to CELEBRATE outstanding accomplishments and opportunities for our kids! 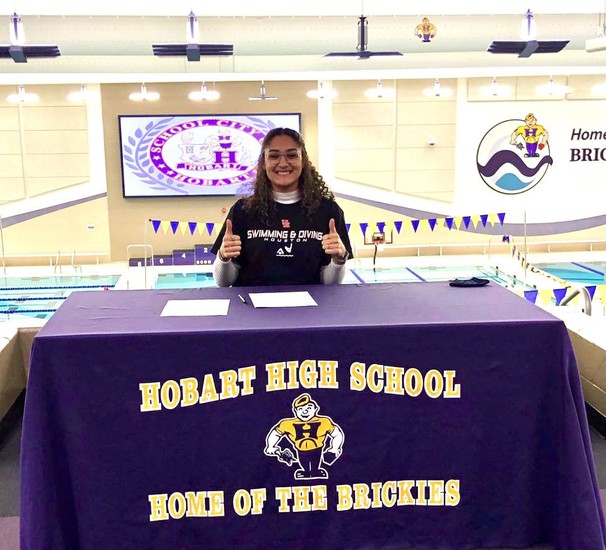 Over the weekend, the Lady Brickie volleyball team had 3 members participate at the Indiana Elite North-South All-Star event held at Sheridan High School! Indiana Elite North vs. South is a Midwest based college showcase organization that gives high school athletes the opportunity to network with college coaches across the Midwest. Juniors Bella Skalba, Hannah Mathis, and Lindsey Schallenkamp all represented H-town extremely well in helping the North squad defeat the South team!! 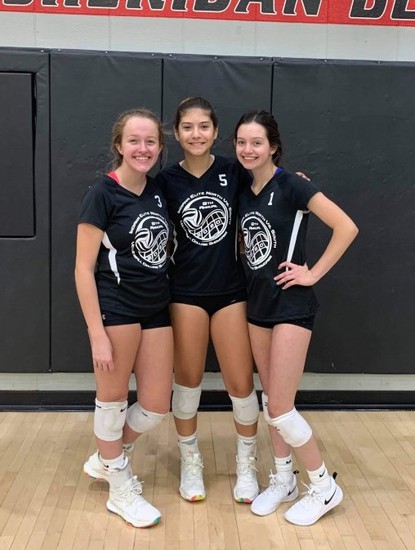 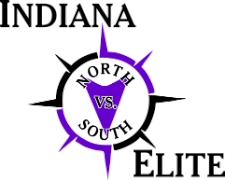