This film shows how their where a lot of people in the video trying to stop the violence that was spreading around their community.

In the film it showed how some people where raised around a lot of gangbanging and violence , and gave them the idea that it was okay to do that. The film shows how people got down in that area. Some people that was once was about taking people lives had got more mature and a better mind set than before. Also, their was a big change in how everything was handled. 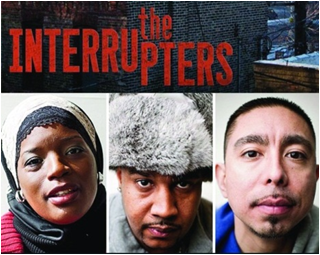 Their was a young boy that was 15 at the time he ran in the barbershop threatening to kill a lady who worked their. He also Put a gun up to a little girl head. Two years later he returned back to the same barbershop, and apologize and asked for forgiveness.

Their was a woman who had a son that did a lot of crimes, and she tried to make him better until he could be a changed man after awhile it helped and he became a better man.

This film basically shows how their was a lot of violence going on in their town. Really nothing could be done about this violence, because it was all up to the person and how they reacted to things. Their was a couple of people who could recover and become a better person than they are now. The community start easing on the violence even though their were still people that had the violent mentality