Helen Adams Keller was born on the date of June 27, 1880, in a small town named Tuscumbia of northern Alabama, and she died at the age of 87, in the year 1968. The paternal side of Keller's family descended from Switzerland. Coincidentally, one of her ancestors was the first teacher of the deaf in the city of Zurich. Her father was a captain of the Confederate army and was the second cousin, once removed, of Robert E. Lee. For the first eight years of her life, Keller grew up in her home town in a residence named "Ivy Green". She was never married and didn't have kids. At age eight, Keller was sent to learn at an institute for the blind, and at age fourteen, she attended a school for the deaf. In the year 1900, Ms. Keller was submitted into Radcliffe College and became the first deafblind person to obtain a bachelor degree. She then became a famous author and activist.

The background of this project is a human typing on a keyboard. A lot of people have to look at the alphanumeric symbol on the keys in order to type, but many people have learned to type without looking down. Helen Keller is a someone who is blind and deaf and had to learn to communicate through unorthodox methods. A teacher, Anne Sullivan, wrote letters on Keller's hands to teach her the names of object. "Miss Sullivan slowly spelled into my hand the word 'd-o-l-l.' (Keller 26)" . The background represents how someone who isn't using his eyes can still perform actions.

One important fact is that Helen Keller is both blind and death, a condition known as deafblindness. Not many people are blind or deaf, let alone both. The way she perceived stuff was different from the ordinary. As a child, she had difficulty learning the concepts of feelings. "'What is love?' I asked." "Is love the warm heat of the sun? (Keller 32)".This leaves on to wonder how someone with such a disability manage their way in life. An interesting thing is that Miss Keller could read people's lips with her hand. Another significant fact is that she was friends with many famous people, such as Alexander Graham Bell, Mark Twain, and Charlie Chaplin. Helen herself was quite famous. She was a political activist that made numerous speeches about causes.

Helen Keller was the first deafblind person to obtain a bachelor's degree. Being disabled is a lifetime struggle, yet Keller persevered and graduated from Radcliffe College. "Every struggle is a victory (Keller 84)." She was also known as an advocate for people with disabilities. Keller wrote many reports supporting the working class.

At a young age, Helen Keller was contracted with a disease that left her both deaf and blind. Because of this, she had difficulty learning to communicate. Her teacher taught her words by writing letters on her arms. However, this was not a foolproof technique. One story involves Keller misinterpreting the word "water" for the object "mug". "[Keller] persisted in confounding the two (Keller 26)."

In the spring of 1887, Helen Keller first met her teacher, Anne Sullivan, and was the start of a fifty year relationship. Miss Sullivan's purpose was to teach Keller how to read, write, and most importantly, learn. Keller was given objects, such as a doll, and had letters written on her hand so she can acknowledge the correlation between the two. Miss Sullivan also accompanied Keller as they moved around the country to attend different schools. The text stated that "The most important day I [Helen Keller] remember in all my life is the one on which my teacher came to me (Keller 25)."

Helen Keller was enlisted in the Alabama Women's Hall of Fame in 1971 due to her being a very powerful political activist. A picture of Helen Keller is also included on the Alabama State Quarter, with her name written in Braille, as well as print.

While not doing anything, Keller liked to travel to other countries with Miss Sullivan. They have traveled to over forty different countries. In Japan, Keller was well accepted by the community.

A symbol that could represent Helen Keller could be a bird house. The only entrance to the tiny wooden structure is a minute hole. There could be lively birds inside, but no one could find out. Keller spent her life widening her hole so she can show everyone her birds. "I felt that I could let out all my spirits (Keller 27)." 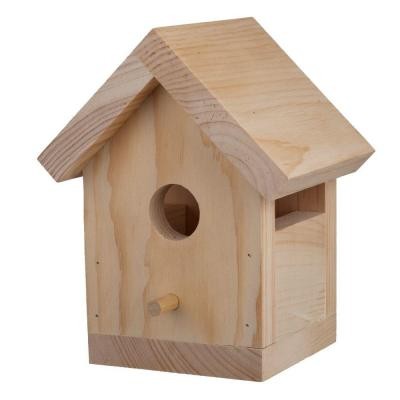 This person would most likely be an enemy of mine. First of all, I have a hard time commmunicating with people, so it would be hard to get in touch with this person. Another argument would be that Helen Keller is more intelligent than me, and I would get a bit petty about this fact. A final sense would be that Helen is a hard worker, unlike me. In comparison, I would look worse than usual. This is one person I could do without.

The person who is most like Helen Keller would be Moses. As a child, Moses had to be hidden in the Nile in order to escape death. He was later adopted and protected by the Pharaoh's daughter. Helen Keller was supported by Anne Sullivan. Moses then grew up to free the slaves in Egypt, such as how Helen helps others escape their "social slavery" . She led them to a "promised land" of better welfare. 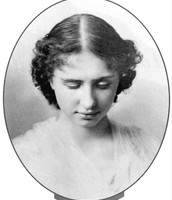 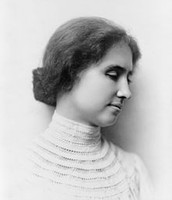 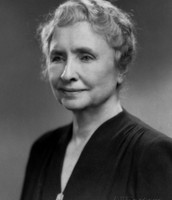 "There is no king who has not had a slave among his ancestors, and no slave who has not had a king along his (Keller 12)." This means that everybody has strength in them, and everyone has a weakness. Even the people with the darkest soul has a light and them. Nothing is truly bad.

Honestly, the book appears to be very boring. This book is not recommended for the people who are activists in other activities. It takes a long time to finish the book, and this biography is not suitable for a book report.

Connect with Will Cao