Apush1 is using Smore newsletters to spread the word online.

Get email updates from Apush1:

The Kansas-Nebraska passed by the U.S congress on May 30,1854. Which allowed people in territories of Kansas-Nebraska to decide for themselves whether or not allow slavery with their borders.

The Emancipation Proclamation was issued on January 1st, 1863 by Lincoln which declared that slaves in rebellious states would be freed. He hoped they would join the North's side and aid them in the Civil War.

The Gettysburg Address was a speech given by Lincoln dedicated to the battle of Gettysburg which was meant to protect ideas of democracy, liberty, and equality. It also honored the dead, reaffirmed the Declaration of Independence, and define the war as a mean of upholding values of liberty. 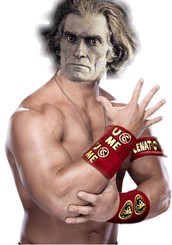 Seventh vice president (under Andrew Jackson) of the United States, served as a War Hawk. He supported slavery and was a major proponent of free trade. While initially supporting protective tariffs, he eventually supported limited government, states' rights, and nullification. Part of the Great Triumvirate (along with Henry Clay and Daniel Webster), three men extremely active and politics of the time and representative of the opposing viewpoints of the American people.

Sherman's March to the Sea was a Union attack that burned and destroyed barns and confederate homes. The strategy was to scare the confederates by bringing the brutality of war directly to their front lines, it was a psychological attack to intimidate civilians and generally cause chaos. Although there were instances of murder and rape, it was made vehemently clear that it was not the purpose and these actions were prosecuted. These attacks hastened the end of the civil war. 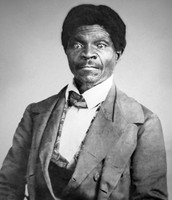 Dred Scott was an African American slave who lived with his owner in free slave state Illinois for a period of time. Scott stated that "residence in a free state and free territory made him free." However Buchana persuaded the justices to go against Scott's appeal in court in the Dred Scott v. Sandford case. As a result seven of nine justices declared Scott as still a slave. The court's decision denied the federal government the right to exclude the right to exclude slavery from the territories and declared that African Americans were not citizens. 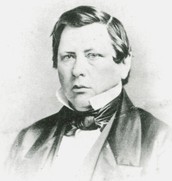 The 1846 proposal by Representation David Wilmot of Pennsylvania to ban slavery in territory acquired from the Mexican war. This ban of territory caused the United States to purchase a third of Mexican territory for $15 million dollars.

Those who opposed this group called them Know-Nothings because it was a secret organization. Members of would have to respond to questions about their beliefs with, "I know nothing." The Know-Nothings were most popular in the North where immigrants predominately lived.

Revels was significant because he was the first African American to participate in the Senate. He represented Mississippi for about a year before heading off to become the head president of an all African American college.

Apush1 is using Smore newsletters to spread the word online.