The wars of mid-century - the Crimean War and the wars of Italian and German unification reshaped the map of Europe, but they also settled the most significant territorial disputes between the great powers. Before 1914 the European great powers divided into two diplomatic blocks. In 1879 Germany and Austria formed the Dual Alliance. In 1882 Italy formed the Triple Alliance with these two states, an arrangement renewed until the war. Seeking escape from isolation, France and Russia formed an alliance in 1894. Based on common interests in Africa and central Asia, Britain concluded an entente with France in 1904 and with Russia in 1907. 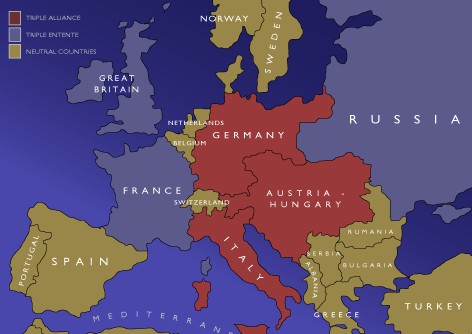 European violence against African and Asian states was a cause and consequence of peace in Europe. Great power crises over rivalries in Africa and Asia occurred periodically between the 1880s and 1911, but few of these crises threatened to end in war. Governments recognized that provoking a general European war over a colonial dispute would be unacceptable to their own citizens and that the costs of war would outweigh any potential gain. 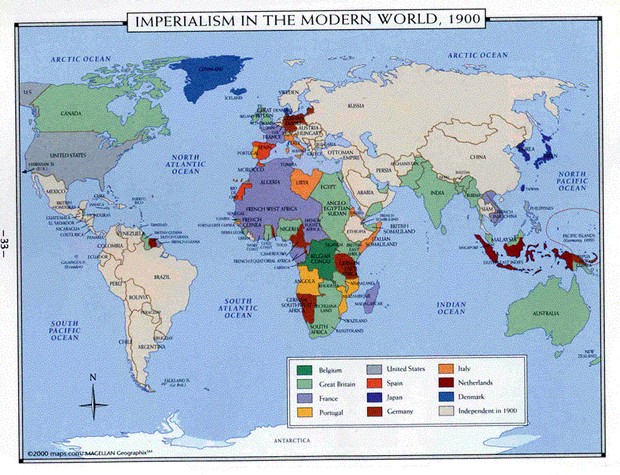 Countries needed swords to defend their empires and also their borders in Europe. Within Europe the vast investments in conscript armies and new military and naval technologies were primarily for the purpose of defense. Governments, often spurred on by military advisers, sanctioned increased expenditure on arms.

Nationalism can unify a country & it can also cause competition between nations. Due to this a fierce rivalry developed between Europe's great powers.

These crises and wars undermined the bonds of peace in significant ways. First, the limits of great power control over events within Europe were exposed. Owing to rivalry between Russia and Austria in the Balkans, the Concert of Europe was unable to impose its will on the Balkan states. Austria, in particular, lost faith in multilateral diplomacy. Vienna issued ultimatums to Serbia, often without securing the backing of its allies, Germany and Italy. The alliance was losing its effectiveness as a restraint. 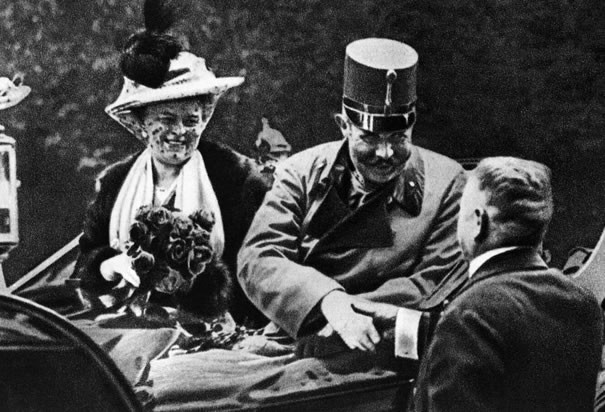