Stop Using it Before It Controls You!

Stop Using it Before It Controls You! 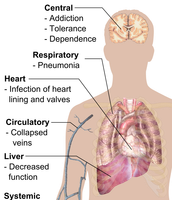 What Heroin Can do to You!

Heroine is one of the most dangerous and addicting drugs in the world. If someone uses this particular drug 1-2 times they are most likely to be addicted already. Heroin causes people to have a burst of good feelings and helps to make them calm and relaxed. After using this drug people might have a sick feeling in their stomach or feel very drowsy.

What Happens if You Use Heroin For a Short Amount of Time?

What Happens When You Use Heroin For a Short Amount of Time?

People that use Heroin for long terms will experience much more different things from short time users. Frequent users that inject Heroin into their body normally cause veins to collapse, and can also cause infections of the blood vessels and heart valves. This can also leave to a disease called arthritis for long term users. Long term Heroin Users can also share needles with other people to inject the Heroin. After sharing needles it can cause much more dangerous diseases like Hepatitas C, this is a common disease that most drug users will get for just sharing one needle with another human. Users can also change from using Heroin for long terms. For example users can expect rotting teeth,pustules on face,coma,cold sweats and many more!

1.) Almost 9.2 million people in the world use Heroin.

2) Many people that are teens or that are in their early 20's use Heroin.

3.) Heroin can be injected,sniffed or smoked.

4.) When addicts of Heroin or any other drug stop using the drugs they use they start feeling weird symptoms like vomiting.

5.) Heroin was first found in 1989 by the Bayer Pharmaceutical of Germany. 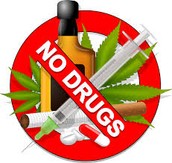 Follow Nicholas Pan
Contact Nicholas Pan
Embed code is for website/blog and not email. To embed your newsletter in a Mass Notification System, click HERE to see how or reach out to support@smore.com