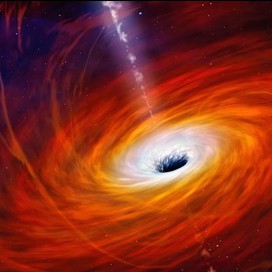 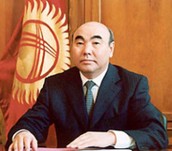 In 1900 russian settlers came to Kyrgyzstan and because of all the russian colonists, the Russians got the best farmland. In 1916 the Kyrgyz people were forced to join the soviet union. In 1936 The Russians forced the kyrgyz people to give up their farming culture and traditions and use the Russians ideas. In 1991 Kyrgyzstan joined the Independent states. They became a constitutional republic, like the US. The first Kyrgyz president was Askar Akayev. 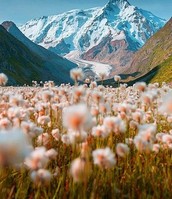 The Valley of Unicorns

Kyrgyzstan is very beautiful because of all its mountains and valleys. Kyrgyzstan has warm summers and cold winters. In the winter it ranges from -6°F to 25°F. In the summer temperatures can get to 75°F.

a popular sport in Kyrgyzstan is football.

After Kyrgyzstan broke of the soviet union and after they signed their declaration of Independance they became an official member of FIFA and AFC. Their first game was on August 23, 1992 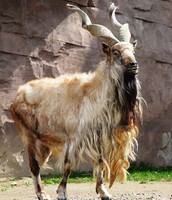 The national animal of kyrgyzstan is the markhor. The markhor is a large species of wild goats.

The three main languages of kyrgyzstan are Kyrgyz, Uzbek, and Russian.

The Kyrgyzstan flag is red with a yellow sun in the middle. Inside the sun there is a red circle or ring with two sets of three lines crossing it. This represents 'Tunduk' the top of a kyrgyz yurt. There are forty rays on the sun that represent the forty original kyrgyz tribes. The red on this flag symbolizes bravery and the sun represents wealth and peace. 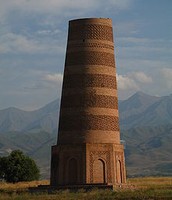 Burana Tower is a famous landmark in kyrgyzstan. It is located in Chuy Valley in northern Kyrgyzstan.

The most popular drink in Kyrgyzstan is tea. Tea is served in little bowls instead of cups. 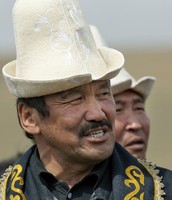 Boys and men wear coats made of blue, black, or brown velvet, with pants and a belt. 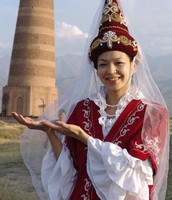 Girls and Women wear colorful dresses with fancy embroidery all over. 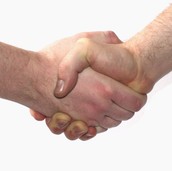 In Kyrgyzstan, handshaking is a very popular greeting. Shaking hands is not very popular with women, mostly men. 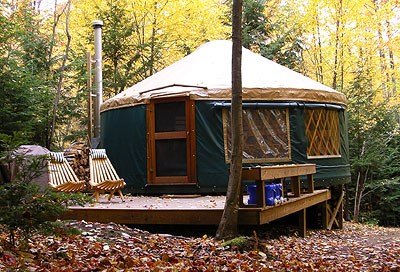 This is a yurt. It is a house than can be taken down and moved, like a tent.

Bishkek is the capital of Kyrgyzstan. It has a population of about 1 million. 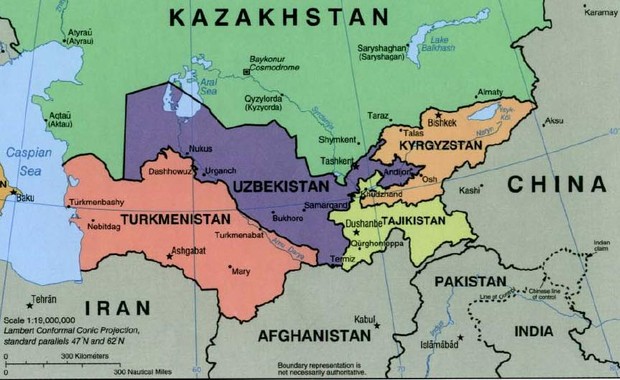 The Ten Shan mountain range covers about 95% of Kyrgyzstan.

Follow Deborah Rowley
Contact Deborah Rowley
Embed code is for website/blog and not email. To embed your newsletter in a Mass Notification System, click HERE to see how or reach out to support@smore.com