Meghana is using Smore newsletters to spread the word online.

Get email updates from Meghana:

UAE (United Arab Emirates) is located in the Middle East, or Southwest Asia. (In the eastern and southern hemisphere.) I guess you could say its pretty close to Saudi Arabia, and the Indian Ocean. 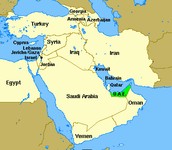 This is where UAE is located. (The middle east, or southwest Asia)

This is the flag of UAE.

Each of the seven states of the UAE is called an emirate and is ruled by anemir (prince), commonly called a sheik. Each emir controls his state's political and economic affairs. The federal government controls foreign affairs and defense and plays a large role in the country's economic and social development.

The seven emirs form the Supreme Council of Rulers. The council elects a president, who serves as chief executive and head of state of the UAE. The president appoints a prime minister and a Council of Ministers. The Council of Ministers supervises various federal government departments. The emirs appoint 20 representatives to the federal legislature, called the Federal National Council (FNC). Voters chosen by each emir elect another 20 FNC members.

The economy of the UAE depends largely on the production and export of petroleum. Abu Dhabi is the largest oil producer, followed by Dubai. Much of the petroleum is exported in crude form, but some of it is refined in the country. The UAE is a member of the Organization of the Petroleum Exporting Countries (OPEC) and the Organization of Arab Petroleum Exporting Countries (OAPEC). Other important sources of income for the UAE include natural gas production and trading and banking activities. Dubai is a center for finance, real estate, tourism, and trade. 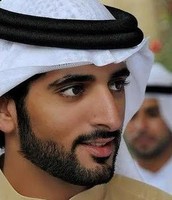 This is a Sheik, or prince.

The UAE has a hot climate with little rainfall. The humidity is often high along the coast, but the inland desert regions are dry. Swamps and marshes cover much of the UAE's northern coast. The inland area is mostly desert with some water wells and oases. The largest oasis, Al Buraymi, lies in both the UAE and in Oman, the country's neighbor to the east. Hills and mountains cover much of the eastern part of the UAE.

During the 1700's, the Arab states that now make up the UAE began to develop. They had started trading goods. And had also started producing goods like: Crude Petroleum, Refined Petroleum, Gold, Petroleum Gas, Jewellery and Oil.

This is a dessert with just one tree :'(

The people in UAE speak Arabic/Urdu.

The people in UAE transport goods by ship/plane.

I believe the location of UAE, and as we've mentioned before, the Middle East, has a big impact on the movement in the country.

The weather impacts the amount of water. Because of it's hot climate, the water probably evaporates, causing people not to have enough water.

This is a table of some Arabic writing. 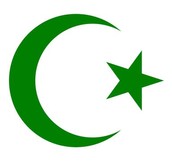 THe symbol of Islam-Crescent star and moon

A lot of UAE is made up mostly of dessert.

Some large cities are Abu Dhabi, and the most know city, Dubai, or Dubayy. (Ashul lived in Abu Dhabi for 3 years, Meghana stayed there for a month.) :D

The arabic people worship/believe in Islam. So the people in UAE are Muslims. They speak Arabic or Urdu. 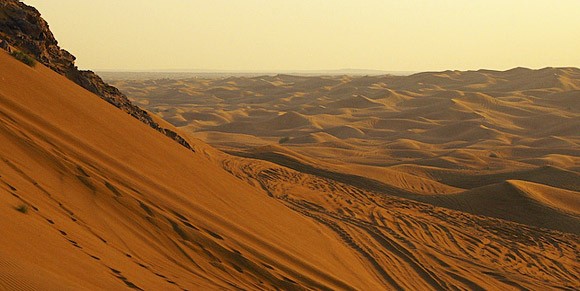 This is a Dessert in UAE

Q: Why isn't there much rain in the United Arab Emirates?

A: Many deserts are largely influenced by something called a subtropical high pressure. Subtropical refers to it's location, out of the tropics. High pressure is an area of sinking air. As air sinks, it heats up. Not only that, but the warmer air will aid in evaporating water. So, Under a large area of high pressure that rarely moves, there is sinking air which warms the earth and evaporates water from the soil.

So, because of the heat, it hardly ever rains. :( 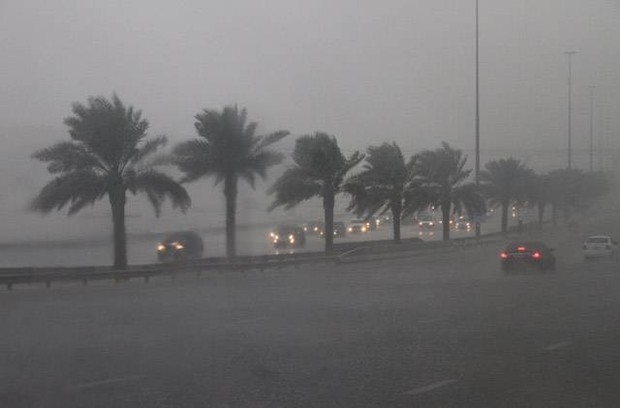 But when it does rain, it rains pretty hard. :)

Region- Ashul and Meghana (from our time in UAE.)

Meghana is using Smore newsletters to spread the word online.