christian is using Smore newsletters to spread the word online.

Get email updates from christian: 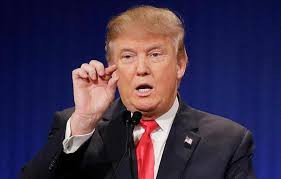 Donald Trump say the gonna build a wall on Mexico and have Mexico pay for it so people can stop hoping over the Border. He says they bring drugs and rapists into the United States. “We’re going to build the wall, and we’re going to stop it. It’s going to end,” Trump said at a campaign stop in March, referring to illegal immigration. “We’re going to have a big, beautiful wall.”

"I will end common core. It’s a disaster."

"I will make our Military so big, powerful and strong that no one will mess with us." Trump wants to make the United State Military strong as possible

christian is using Smore newsletters to spread the word online.