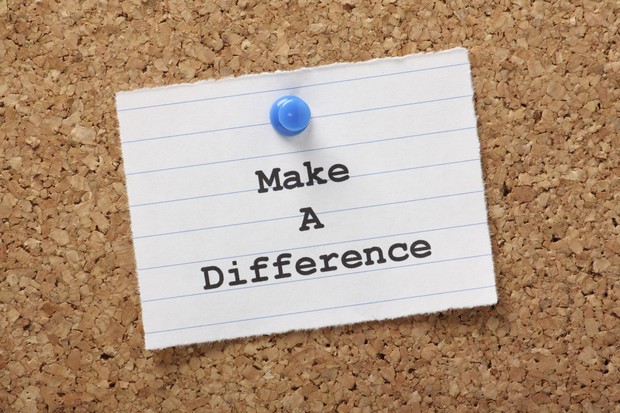 Editorial – Compassionate Help for the Desperate

Most of us in business or financial roles can be somewhat removed from those to whom The Salvation Army seeks to minister – by sharing with them the love of Jesus Christ, by meeting human needs, and by being a transforming influence in the communities of our world. Our role – our vital role - is to support the officers, employees and volunteers on the front lines, and to help them to focus on the three tasks in the Army’s mission.

I was reminded of this on a recent afternoon when I was waiting at the bus stop outside THQ, on my way home. A woman standing nearby said she had seen me there on other occasions, and asked – in a very strong Spanish accent – whether I worked for The Salvation Army. When I said I did, her face lit up, and said “They changed my life!” She went on to tell me that, when she arrived in Canada twenty years ago as a refugee from El Salvador, “I had nothing”. She said she desperately needed help, but, in her culture, if you ask for it you lose your self-respect. However, she was directed to the Army, and its staff was so gracious that she did not feel badly about accepting assistance with food, clothing and a place to stay, which set her life in a new direction.

The Army personnel who had worked with this woman had clearly done so in a way that not only met her physical needs, but through their compassion had also warmed her heart. We who serve in business and financial roles are blessed to be able to support their efforts.

Should We be Worried About Our Thrift Stores?

Is there a danger that the Army’s thrift stores will succumb to the pressures that have driven the 16 second-hand clothing stores operated by Goodwill Toronto into bankruptcy? Certainly not!

By December 2016, the Army’s National Recycling Organization (“NRO”) plans to have opened at least four new Thrift Stores, to add to the 100-plus stores it already operates across the territory. This will be a continuation of the steady growth NRO has experienced for a number of years which has enabled it to support the many other ministries of the Army. NRO receives no subsidies, and pays annual dividends to the Army out of profits. Also, in the current fiscal year, it has already provided over $2 million of free clothing to ministry units, and it has recently printed special vouchers to provide Syrian refugees with free clothing in any thrift stores in Canada.

The Army’s thrift stores are seen as a modern day model of William Booth’s “Household Salvage Brigade,” a group of men and women who some 100 years ago were responsible for collecting unwanted household items.

Unlike the Army’s thrift stores, according to press reports, Goodwill has received an annual subsidy from the Ontario government of more than $4 million, because of its aim of providing work opportunities and skills development to people facing barriers. Goodwill is registered as a charitable organization with the Canada Revenue Agency and, in its 2014 tax filing, showed total revenue of just over $28 million, with total expenses of some $29 million.

Other entities of Goodwill Industries International continue to operate elsewhere in Ontario, and across Canada.

When it comes to preparing corps Sunday bulletins, in my experience, a positive publication can help create the communication/worship environment that we anticipate on a Sunday. The opposite is also true; a poorly constructed bulletin can have a negative impact.

Since my early days as a corps officer, I have seen the Sunday bulletin as a positive and essential communication tool. I saw it as crucial to convey to all in attendance information on the financial condition of the corps. There are, of course, different opinions as to the value of sharing financial information, but the majority view supports it.

For me, affirmation came in one of our corps when we had a significant unbudgeted expense that needed to be responded to quickly. Without the funds, a vital ministry would have been set back. Within two weeks of explaining the need and establishing the target in the corps bulletin, the required funds were raised. This and other experiences convinced me that there was no down-side to sharing financial data.

It does not matter whether the bulletin is weekly or monthly, paper or digital; it is the provision of information that is critical. Most regular congregants want to know how their corps is doing financially. It can be used as an aid for them to prayerfully consider their own giving. It helps to educate and inform, and provides a level of transparency important in today’s culture. Being informed allows God’s Spirit to speak to our hearts with more clarity. We don’t share what is confidential, but neither do we need to be guarded in a way that inhibits the flow of communication for meaningful decision-making.

Committing to financial transparency and encouraging feedback from corps members assists in navigating through the fiscal challenges that corps are facing today. Since each situation is different, any reporting needs to be in tune with other aspects of the corps life and work. I recommend the following:

Financial information should not be the forgotten aspect of a congregational communication strategy. It is a priority for the financial health and well-being of our corps and the engagement of our people.

“God loves it when the giver delights in the giving.” 2 Corinthians 9:7b (MSG)

CPA Canada now has a certificate program, in addition to the Chartered Professional Accountant (CPA) professional designation. Called the Advanced Certificate in Accounting and Finance (ACAF), it is a nationally-recognized certificate for those who have a two-year accounting diploma or equivalent courses/experience, rather than an undergraduate degree. It consists of a series of ten online courses, which can be completed on a part-time basis, followed by a final exam. The ten courses include two electives, selected from a list of four options, one of which is not-for-profit accounting. Full details regarding the ACAF can be obtained from any of the CPA provincial bodies.