Paul was born on January 19, 1839 in the Provence of France. In 1857 he attended the Free Municipal School of Drawing in Aix and studying under a Spanish monk of the name Joseph Gilbert. From 1858-1861 he fulfilled his father's wishes by going to law school but he did this all while receiving drawing lessons. In 1861 he moved to Paris to persue his artistic career dreams, despite his father's lack of support. Later though, Cezanne's father supported him and his choice of career and eventually Paul inherents 400,000 francs from him, ridding Cezanne of all his financial problems.

Still Life with Apples and a Tube of Paint

Cezanne as an Artist

While in Paris, Paul Cezanne became good friends with the Impressionist Camille Pissaro. Pissaro had a great influence on Cezanne's work. Later in his life, Cezanne was really interested in more direct observation work. He developed a light and airy painting style. He was very interested in the simplification and the geometric form of the objects he painted. He was an artist during the Post-Impressionism era and he mainly focused on still-life. 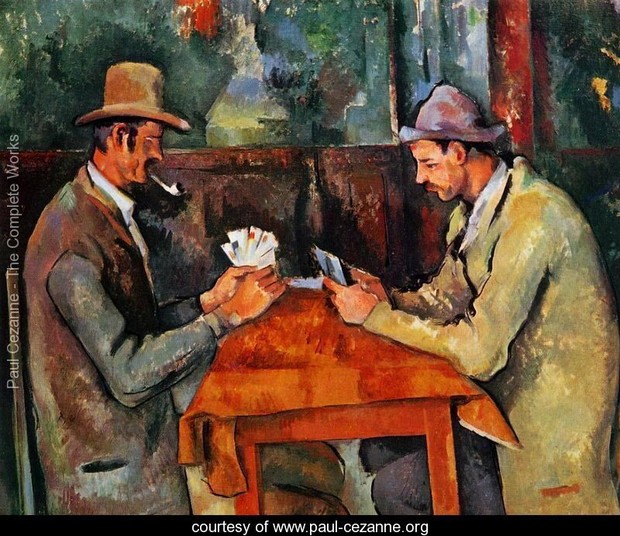 I like how this painting captures an enjoyable and simple part of these model's lives. This piece has a lot of color and balance which makes it enjoyable to look at. The mood of this piece is relaxed and peaceful.