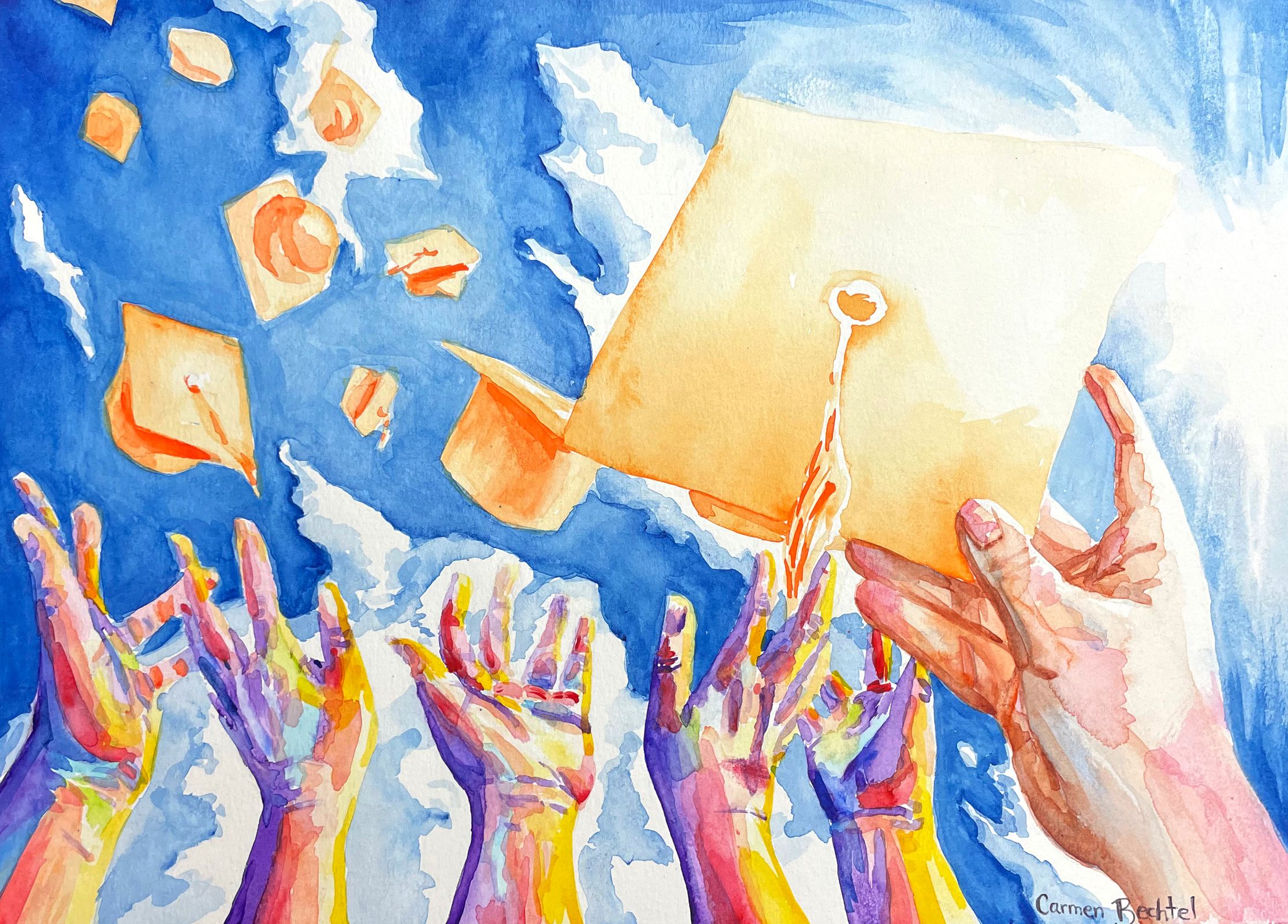 Hooray for the Arts! We have 13 WHS students whose work has made it into the semi-permanent gallery at the San Mateo County Office of Education. Theme of the gallery exhibit is "Student Voice." Congratulations to the Students in Mr. Campbell's, Ms. Marten's and Ms. Yopp's classes. They will have an opening ceremony June 16th from 3-5 anyone can attend (they do request free registrations: bit.ly/616Opening). Click Here for a sneak peek at the featured artwork.

Note: The backdrop for this week's newsletter is Carmen Bechtel's, "Graduation."

Read the Latest News in The Paw Print
Student voice is one of the most powerful components of a positive school culture. Our student-run, digital newspaper features thoughtful and thorough news reporting about local and global news and topics. Check out their latest articles! 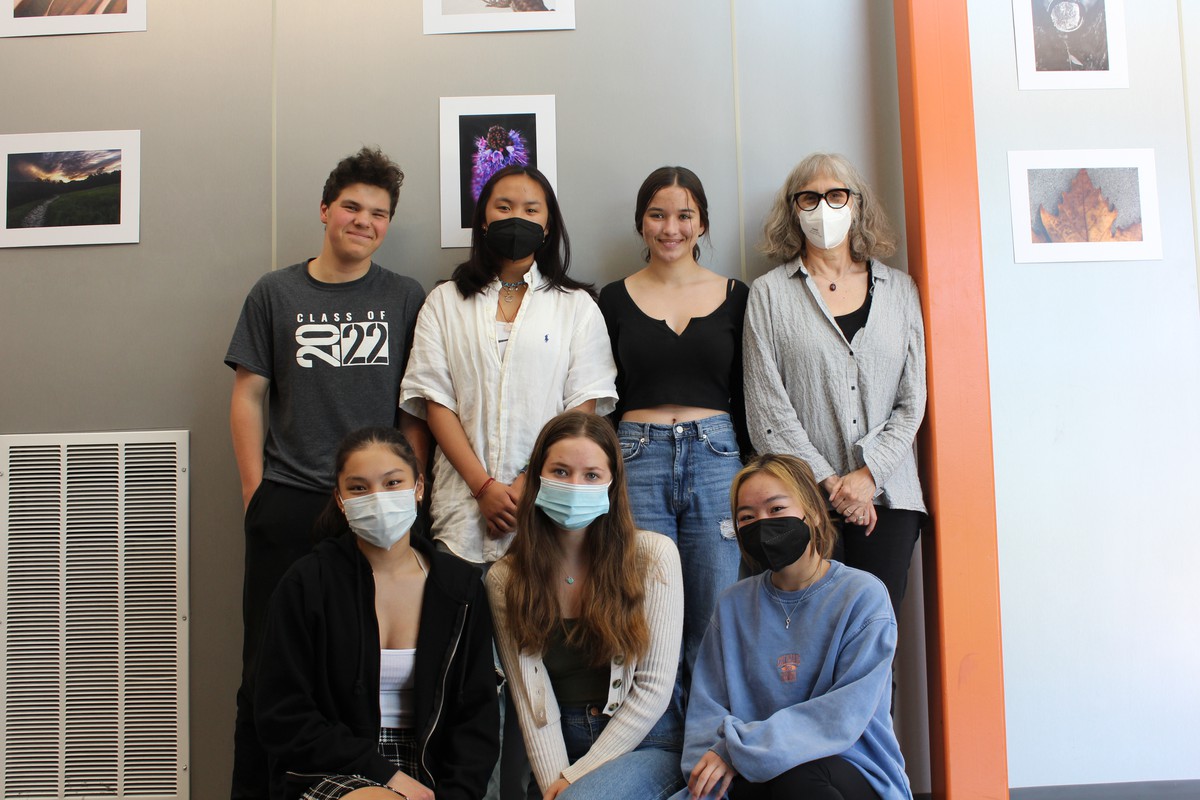 And we couldn't have done it without your support.

Thank you to our school families, community donors, business partners and school teachers, staff and administration for your continued generosity.

These funds will be used to enhance essential academic programming at Woodside High School as well as a first-of-its-kind initiative, Elevating College and Career Counseling, which will impact all students next school year.

As a result of our collective efforts, the following programs will be funded next year:

🐾 You can still make a donation! 🐾

Learn more about how your dollars support WHS https://www.whsfoundation.org 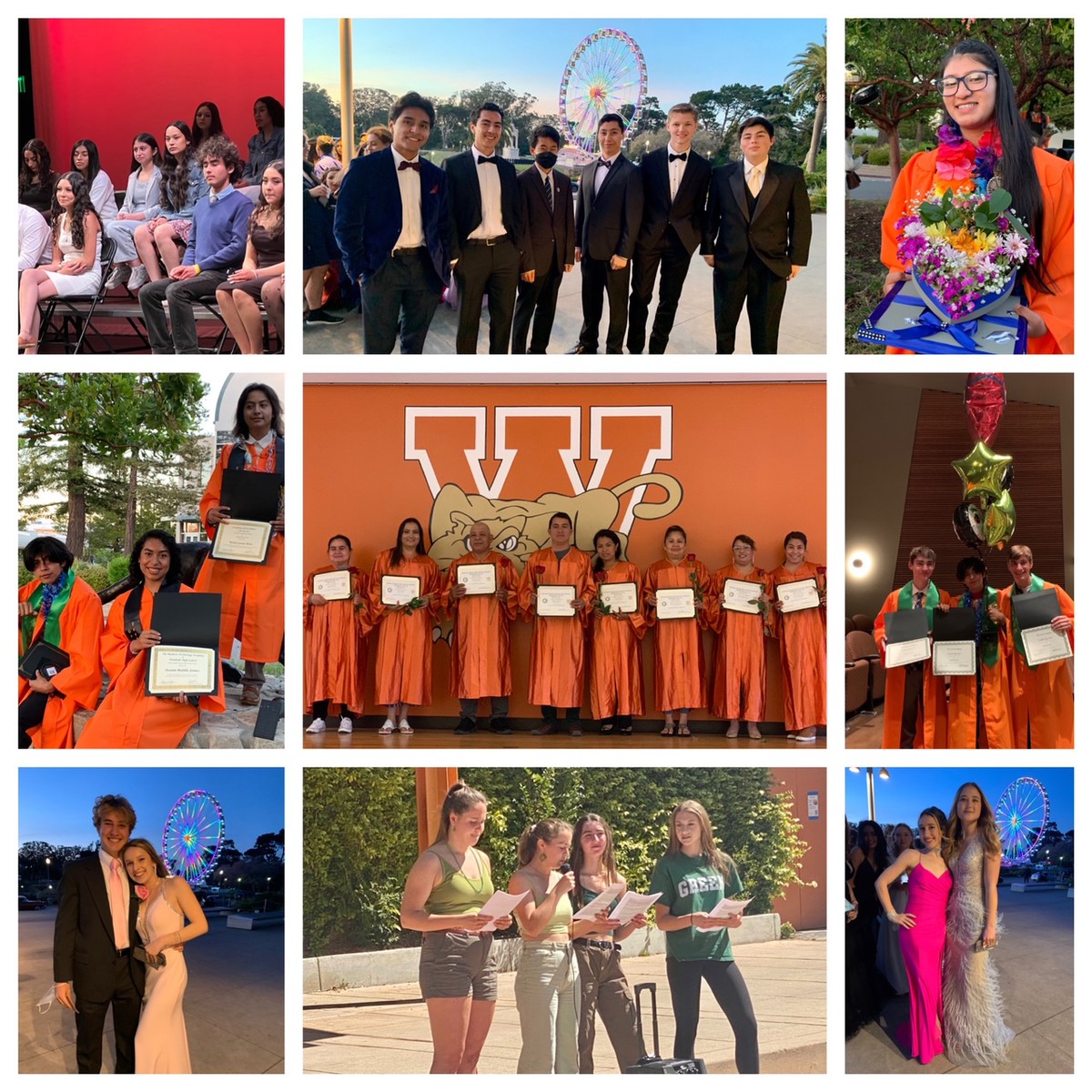 During this Memorial Day weekend, I have had some quiet time to reflect as an American, a public school educator of 28 years and most importantly, as a parent. I am grateful for those who we honor on Memorial Day -- those who bravely sacrificed their lives for our freedoms. I am also torn. The tragedy at Robb Elementary School in Uvalde, Texas, upset and angered me. Not again, I thought. When I learned that the suspected shooter was an 18 year old who was able to purchase assault style weapons, the same age as many of our soon-to-graduate seniors, and one year older than my own daughter, I wanted to know what compelled him to commit this horrific act. I wanted to know what he, his family, his school, his community could have done differently to prevent this tragedy.

As I come to know more intimately the strength of character and the resolve of our Woodside community, I am heartened by one of our 8 Conditions that I hear so many of our students hold dear: the sense of belonging they feel as members of Woodside High School. In that spirit, here are a few Woodside-specific notes for our community: Please continue to draw strength from this sense of belonging and know that you are part of something beautiful, strong, and worth living for.

Use your voices, Woodside Students!

My one and only daughter finishes her junior year of high school this week. I think about the annual intruder drills that have become a normal part of her K-12 education. I think about the safety of her school setting in the same way you think about Woodside. I also think about a school environment where she might thrive as a curious, connected student -- a student who has a sense of belonging to a community that sees her, hears her and knows her.

I hope that Woodside High School and our larger community continues to embrace each and every one of our current and future students with a sense of belonging where they are seen, heard and known for the positive impact they have in our society. Thanks for reading.

PS: A more cheerful Class of 2022 and End of Year Highlights, special edition newsletter is coming on June 4th! 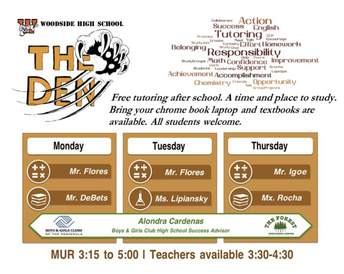 Are You Looking for Academic Support?

The 2021-2022 Badminton season was a very successful year. Woodside finished strong and came in third place. We had plenty of shining moments this season. First, all of our new players came to play. Newcomers like Annabelle Bechtel, Allison Kim, Madeline Lee,

Charles Weickert, Arthur Renard, Connor Burke, and Lukash Hodges all participated in our competing ladder. They all performed well. Under our senior leadership, captains Ava Nielson, Kate Scott, Dasha Kamyshenko, and Mia Chu contributed and applied their experience in helping make the badminton team a competing team. I can not thank them enough for all their help. Overall, the team did better than expected and I am proud of the direction the Woodside High School Badminton squad is going.

The Woodside Boy’s Lacrosse team had a lot of new faces on this year’s team including 12 first time players and a new Head Coach. The season got off to a challenging start in the first four games before Woodside went on a 3-game win streak in late March outscoring opponents 24-10. In the second half of the season Woodside made a strong push down the stretch scoring goals at a much higher rate including 11 goals in a win over Gunn 11-2, the largest margin of victory this season. Woodside finished their season 7-8-1 and finished 5th place in their league. The team was led offensively by Senior attackmen Conrad Morhenn and Joey Batista as well as Junior Midfielder Nick Brobeck and sophomore midfielders Jordan Buettner, Zach Graham and Luca Calvillo. On the defensive end of the field sophomore defensemen Beckett Postlewaite and Kody Cochran led the defense along senior long-stick midfielder Noah Brosius and Junior goalie Miles Wilson providing the last line of defense.

After coming off of its best season in program history, comes change and a rebuilding year for an extremely young team. The 2022 softball season concluded on May 12 and was a season filled with opportunities and obstacles, but one with immense growth and promise for the future. With only one team within the program for the past two seasons and a current roster of 11 underclassmen and 5 upperclassmen with only 3 returning every day starters from last year's team, the cards were stacked against us. Schedule wise we played against some of the strongest competition this area has to offer and our team battled and overcame a great deal of disadvantages. The team dynamic and in-game energy throughout the course of the season was unmatched by any opponent and that's a true testament to the culture and the buy-in from each player that we're incredibly proud of. Throughout the season this group pushed themselves to work harder and get better on the field, they overcame hardships and injuries, tapped into potential and skill sets not yet seen before, found their voices and took on a new role from within, gave back on multiple occasions through community service projects, gave up weekends to lend a hand to the younger generations within the sport, held over a 3.5 cumulative GPA as a team and more importantly they stuck together and found a way to end the season on a high for a proper send off for our seniors. From all of us within the Woodside Softball program, thank you to all of our softball families, sponsors, supporters, coaches and Woodside community for your efforts this season. We truly couldn't do it without so many helping hands.

More sports updates to be added this week... Stay Tuned!

Weekly PCR COVID-19 testing continues and is available for all SUHSD staff, students, and families. You can find more information, register, and schedule COVID-19 testing at: schools.worksitelabs.com/suhsd. You can also find appointments at various SUHSD campuses. On-site testing dates at Woodside continue on Mondays and Thursdays.

Here are some concrete things you and your family can do to keep yourself safe:

As a reminder, if your student is out with any COVID-like symptoms they should remain off campus until they are 24 hrs fever-free without medication, symptoms largely improved AND a negative COVID test result before returning per SMCH Guidelines. 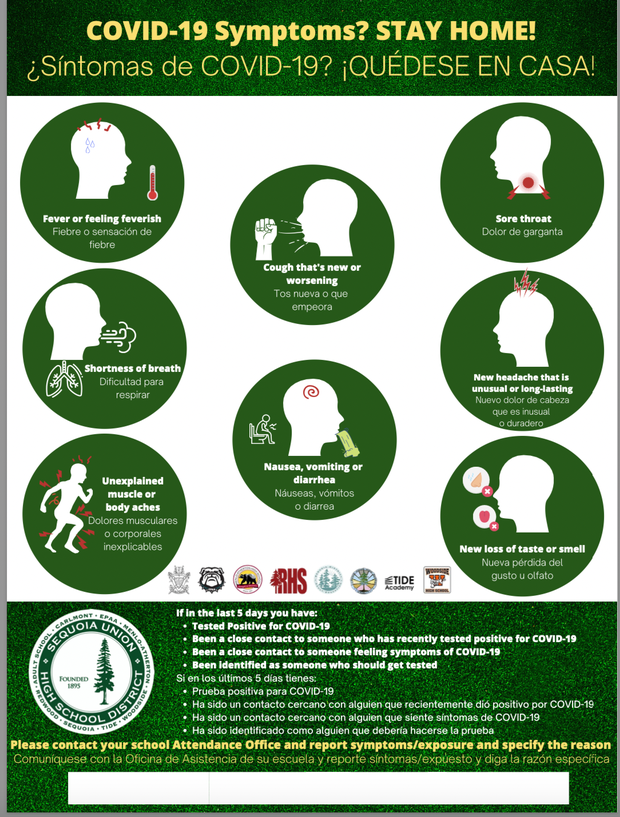 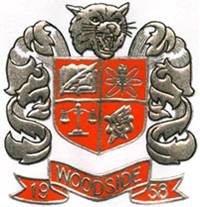 Welcome to Woodside High School where ALL students can and will learn!