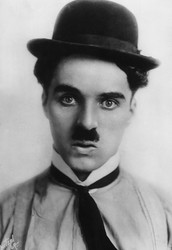 Charlie Chaplin was born on April 16, 1889 in London, England. He was at the age of 10 when his father died and his mother was very sick and so Charlie and his brother, Sidney, had to live out on their own and start at a very early age. The kids both were very talented and especially on stage. Charlie took every chance he could get to be on stage and he made his professional debut when he was a member of a group of kids called "The Eight Lancashire Lads" and was a favorite by the people because he was a good tap dancer. When he was 12 he made it to his first big show. That show eventually took him to the United States later in 1910. When he came to the United States he was offered a motion picture contract. As he kept acting he signed onto more and bigger companies that made him even more famous. In the 1940's the U.S. was very paranoid with Charlie since he was a foreigner and a prime target for political witch hunters. He left the U.S. in 1952. He died on Christmas day 1977. 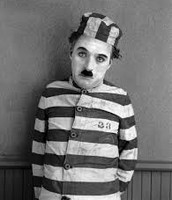 Charlie was a man that had a dream, and a dream that he fulfilled and lived to the fullest. 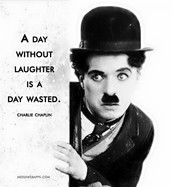 Charlie knew what he did made other people happy and that is what made him happy.

Knowing what he could and could not do he was very smart about it and took it as far as he could. He loved it when he made people happy.
Charlie Chaplin final speech in The Great Dictator