One of America's Most Influential Founding Fathers

Franklin earned the title of "The First American" for his early and indefatigable campaigning for Colonial Unity, initially as an author and spokesman in London for several colonies. As the first United States Ambassador to France, he exemplified the emerging American nation. He did a lot of amazing thigs for America to become its own nation. 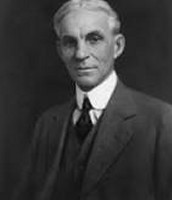 Ford became an engineer with the Edison Illuminating Company. After his promotion to Chief Engineer in 1893, he had enough time and money to devote attention to his personal experiments on gasoline engines. The Model T was introduced on October 1, 1908. . Ford, like other automobile companies, entered the aviation business during World War I, building Liberty engines. After the war, it returned to auto manufacturing until 1925, when Ford acquired the Stout Metal Airplane Company. Ford's most successful aircraft was theFord 4AT Trimotor, often called the "Tin Goose" because of its corrugated metal construction. 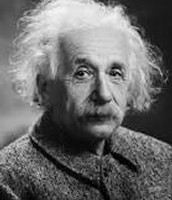 Albert Einstein was born in Ulm, in the Kingdom of Württemberg in the German Empire on 14 March 1879. At the age of 5 for three years. At the age of 8, he was transferred to the Luitpold Gymnasium (now known as the Albert Einstein Gymnasium), where he received advanced primary and secondary school education until he left Germany seven years later. . 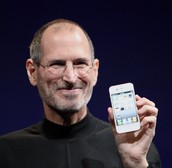 In 1996, Apple announced that it would buy NeXT for $427 million. The deal was finalized in February 1997,bringing Jobs back to the company he had cofounded. Jobs became de facto chief after then-CEO Gil Amelio was ousted in July 1997. He was formally named interim chief executive in September. In March 1998, to concentrate Apple's efforts on returning to profitability, Jobs terminated a number of projects, such as Newton, Cyberdog, and OpenDoc.

He Was A Citizen of The World.

Franklin was not only an inventor, but he also was one of the most influential diplomats of his time. When most people barely traveled 20 miles from their place of birth, Franklin traversed the Atlantic eight times and visited 10 countries, creating treaties with Great Britain, France, Spain, and Sweden, among others. In fact he hopscotched around the civilized world so much that he spent 27 of his 84 years of life overseas.