moses is using Smore newsletters to spread the word online.

Get email updates from moses:

The protestant reformation was a change in the catholic church and had split into two denominations of christianity. This reformation was mostly led by a man named Martin luther. Luther had many disagreement s with the church and tried to spread the belief that you should have faith in god to go to salvation.

Luther had chose the right time to go against the catholic church with people starting to focus on more worldy things instead of church 24/7 so people liked his ideas better. Also he had the power of political powers in his corner since most leaders didnt like the catholic church because they taxed them and took 1/3 of the land which they could be using.

Also another reason the reform went through was because of Luthers biggest problem with the catholic church the indulgences. indulgences were basically a paper worth half a years salary that paid for your salvation. Luther disagreed with this and said that your salvation should be earned by having faith in god. Since his idea saved people money his idea was more favored 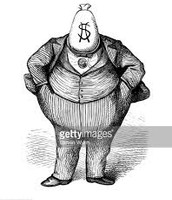 the catholic church was more obsessed with more worldy things such as money and taxed people and tried to get money out of people anyway possible.

indulgences were one of the worst ideas the catholic church had it was a scam to get more money and had people thinking there salvation was secured because of a piece of paper. 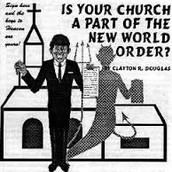 the catholic church was very corrupted and focused on things more that spiritual things and did anything to prevent people from imposing them like having people killed.

This theses stated that when jesus christ died he had already gave a way for his people to repent of there sins. This theses has been violated for a long time by the catholic church you dont need a priest nor buy a piece of paper just have faith in jesus christ and thats all you need.

moses is using Smore newsletters to spread the word online.