Get email updates from Arjun:

Perseverance is the continued effort to achieve a goal despite failure and difficulties. In this digital newsletter you will hear about Caine from Caine's arcade, the Carl Hayden Robotics Team, Nick Vujicic, and Nadja. The purpose of this newsletter is to see how other people used perseverance to get through their struggles.

Nadja Salerno-Sonnenberg is a professional violinist. Nadja had to overcome many ADVERSITIES. One of these adversities was that at one point in her life she felt like a complete failure. The first thing she did to overcome this adversity was she had CONVICTION towards getting better. Also, she put her name down for an audition despite all the fear. The next adversity was she used to live on ice cream, peanut butter, fried sausages, and coca cola. The last thing that happened in Nadja's life that helped her overcome these adversities was that she won the audition that she entered and she played over one hundred concerts in America. Another adversity in Nadja's life was that by nineteen she couldn't play the G-major scale in tune. Lastly the way Nadja handled this adversity was that the older she go the better she got. Lastly, on she overcame the nerves about playing in German. 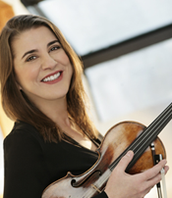 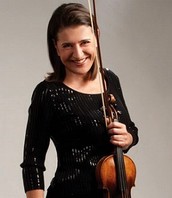 Nick Vujicic is a 33 year old man who has no arms and no legs. One reason Nick Vujicic is such a cool guy is because he never YIELDS. He always lives life to the fullest and makes a difference along the way. Nick Vujicic has a lot of RESOLVE. Another example if being determined is that Nick Vujicic never gives up and does everything on his own. He can brush his own teeth and dress himself. He will also do every activity you can think of he can play soccer, go fishing, and he can also swim. In addition he is never hateful and he never regrets not having arms or legs. He is always positive and is never negative about anything.

A picture of Nick Vujicic 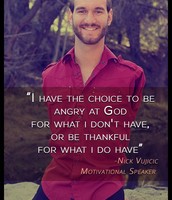 One of Nick Vujicic quotes

The Carl Hayden Robotics Team had to deal with many adversities. One of there adversities was they didn't have enough money to buy good materials for their robots. Some of their ideas were INADEQUATE. One problem the team had was 3 of them were illegal immigrants. The way they solved this problem was they used their school ID's to past immigration stops. Another difficulty that occurred was while practicing they noticed that the robot wasn't moving correctly and they noticed they had a leak in the briefcase with the battery inside it. The solution to this problem that they came up with was high absorbent tampons to absorb the water. A last minute problem they had was the Michael Hanck had to leave last minute a day before the competition because his grade were low. The only solution to this problem was that Oscar had to learn how to control the joystick in one day. Many of these problems were very OVERWHELMING to solve but came up some very good solutions. 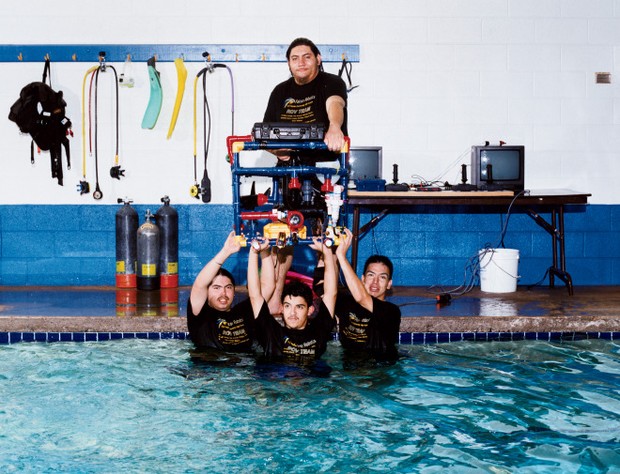 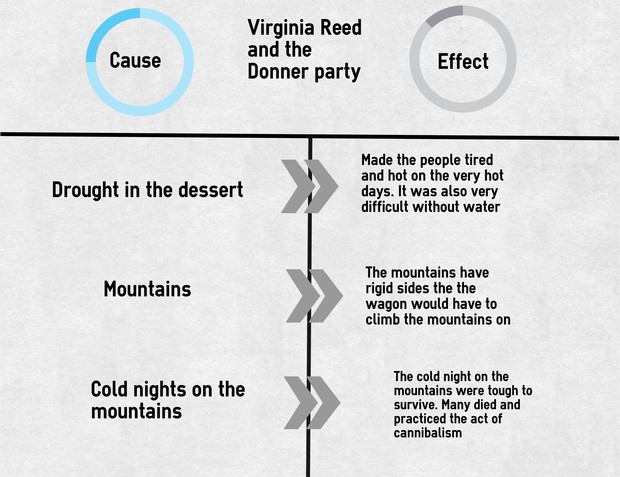 Virginia Reed and the Donner Party (Cause and Effect)

Virginia Reed from The Donner Party was traveling from Illinois from California. They were traveling on wagon. There were many adversities. One of the adversities was the drought in the desert. Because of this many people go tired and there was no water. Though all of these adversities the Donner Party was very PERSISTENT. Considering they were going from Illinois to California by wagon a good word to describe them would be VENTURESOME. The Donner Party FALTERED many times along the way. Many people from families died and others were banished. Those who made it all the way to California showed a lot of perseverance along the way. 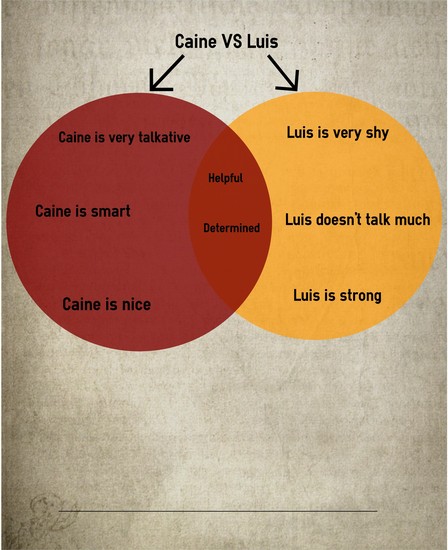 Caine VS Luis (Compare and Contrast)

Caine is the founder of Caine's arcade. Caine's arcade is an arcade made out of cardboard in an old auto parts store in L.A. Caine never gave up and always just kept going no mater what Even if Caine didn't get one customer he would not leave the store early. Luis was part of the Carl Hayden Robotics Team. Luis was the one who helped the teammates get "Stinky" in and out of the water. One thing similar between Caine and Luis is that they are both helpful and determined. Some differences they both have are are that Caine is very talkative and Luis on the other hand isn't talkative and is shy.

Follow Arjun Anand
Contact Arjun Anand
Embed code is for website/blog and not email. To embed your newsletter in a Mass Notification System, click HERE to see how or reach out to support@smore.com