The Ackerman Center is excited to announce that we have been contracted by the Texas Holocaust and Genocide Commission to investigate the claim that Lyndon B. Johnson, as a freshman congressman, organized a clandestine rescue mission to save European Jews from the Holocaust through what would become known as “Operation Texas.”

The Ackerman Center has recently begun working on a research project, in cooperation with the Texas Holocaust and Genocide Commission, on Lyndon B. Johnson and his role in a clandestine rescue mission to save European Jews from the Holocaust.

Operation Texas was first more fully explored in 1989 by Louis Gomolak in his PhD dissertation at The University of Texas at Austin. Since that time, it has been repeated in various publications and included in panel exhibits at Holocaust museums.

Clues about Operation Texas first emerged in a Jerusalem Post article on September 23, 1958, in which Austin businessman Jim Novy claimed that he was awarded a Purple Heart for a secret and dangerous mission during WWII.

Five years later, in December of 1963, only one month after the assassination of President John F. Kennedy, President Johnson spoke at the dedication of Congregation Agudas Achim in Austin, Texas, at which he was introduced by his longtime friend and supporter, Jim Novy. During that introduction, Novy referred to a trip that he made in 1938 to Poland and Germany. He also claimed that Johnson used his influence as a Congressman to help Novy “to get as many people out of Poland and Germany as we possibly can.”Novy further claimed that “through the efforts of the President…we were able to take many, many people out.”

While the number of people to whom Novy referred in his speech is vague, in his personal notes for his introduction, on file at the LBJ Presidential Library, Novy wrote, “The President gave me a personal letter of introduction to the American Embassy in Poland and called them long-distance to guarantee their support and see that anyone able to qualify as an immigrant be given a visa without delay. President Johnson also helped in getting the affidavits for these immigrants processed, and as a result, 42 people were brought out of Poland and Germany.”

Lady Bird Johnson later recalled the evening of the dedication in her White House Diary, writing “person after person plucked at my sleeve and said ‘I wouldn’t be here today if it weren’t for [LBJ]. He helped me get out.'"

The findings will result in academic research training and scholarly publications. 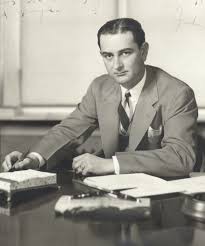 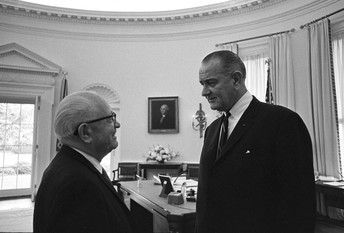 Meeting in the Oval Office 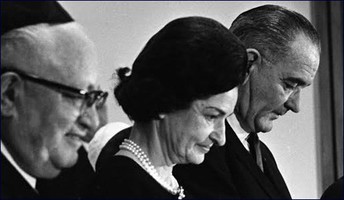 In this episode, Dr. Roemer and Dr. Valente discuss the end of the spring semester and the rapid changes in the storyline of the PBS series World on Fire.
Contact Us

Follow Ackerman Center
Contact Ackerman Center
Embed code is for website/blog and not email. To embed your newsletter in a Mass Notification System, click HERE to see how or reach out to support@smore.com
close