a very strong animal is a symbol of Belorusian forests.

a symbol of good luck

a small blue flower is a symbol of Belarusian fields.

The construction of the castle began at the end of the 15th century, in the Gothic architecture style. Building of the castle was completed by Duke Ilinich in the early 16th century near village Mir (formerly of Minsk guberniya). Around 1568 the Mir Castle passed into the hands of Mikołaj Krzysztof "the Orphan" Radziwiłł, who finished building the castle in the Renaissance style. A three-storey palace was built along the eastern and northern walls of the castle. Plastered facades were decorated with limestone portals, plates, balconies and porches.

Minsk is the capital of Belarus 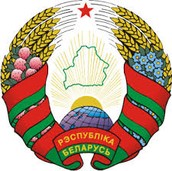 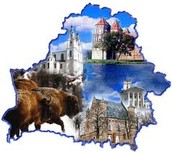