sathvik is using Smore newsletters to spread the word online.

Get email updates from sathvik:

Rise of the nation states

Rise of the nation states

City states were the first kind of states to evolve in Mesopotamia. Walls acted as boundaries of the city and outside of them were city controlled agricultural land that produced food for residents.

One city or tribe would gain dominance and form an empire from time to time.The empires organized in succession were by the Sumerians, Assyrians, Babylonians, and Persians. 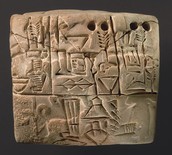 The Roman Empire was the focal point of political unity in the ancient world. It controlled most of Europe, North Africa, and Southwest Asia. At its prime, it comprised of 38 provinces.

One city or tribe would gain dominance and form an empire from time to time.The empires organized in succession were by the Sumerians, Assyrians, Babylonians, and Persians.

The portion of the Roman Empire in Europe was broken into a number of estates, which were owned by kings, dukes, barons, and other nobles who competed against each other. Nobles fought in order to seize control of estates and after nobles would die, others would fight in order to take their previously owned land. People would be forced to live on an estate where they would fight and work for their noble’s benefit.

In the year 1100, multiple powerful kings came forth as rulers over large numbers of estates. The combining of estates under the unified control of a king formed the basis for development of modern Western European states such as England, France, and Spain.

Much of central Europe, but most notably present-day Germany and Italy, remained fragmented into a large number of separated estate. They were not combined together into states until the 19th century. 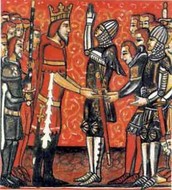 Nation - a group of people with a strong sense of cultural unity.

State a.k.a Country - an area organized into a political unit and ruled by an established government that has control over its internal and foreign affairs.

Nation state - a state whose territory corresponds to that occupied by a particular ethnicity that has been transformed into a nationality.

Sovereignty - independence from control of its internal affairs by other states

City state - a sovereign state that comprises a town and the surrounding countryside.

sathvik is using Smore newsletters to spread the word online.