For all King i Music booking & music inquiries please contact

King-I aka King i Music wears multiple hats. He is one of today’s most promising emerging artists, an upcoming producer, and not to mention myriad artistic talents.

King-i’s dynamic and versatile style as a current reggae and dancehall artist and producer reflects his early roots in Trinidad and Tobago as well as the early influences of popular music that he listened to while growing up in the an urban US neighborhood.

King i Music appears on numerous riddim releases as well as his own single releases included in his discography.

Stay connected with King i Music on all social media platforms 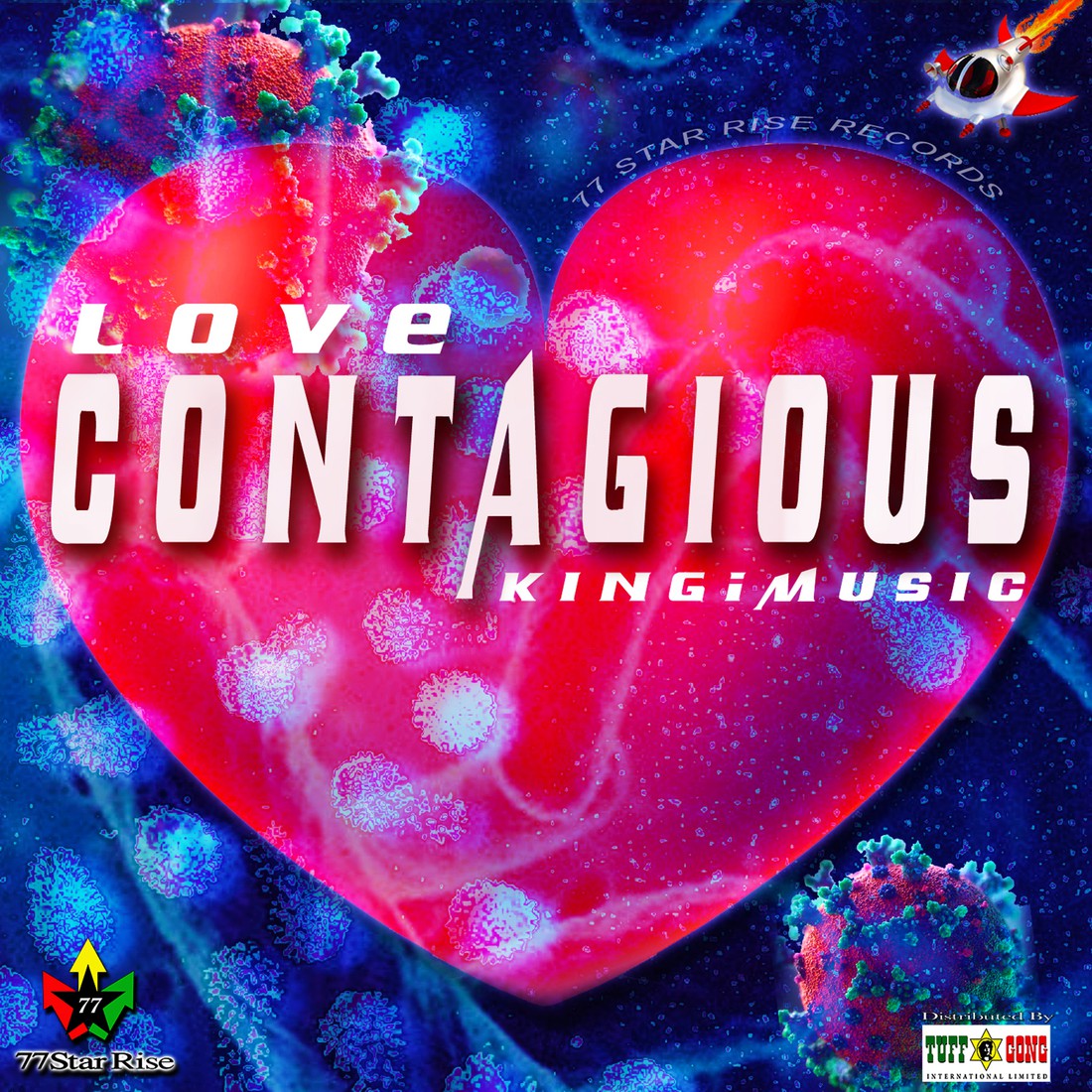 King i Music expresses love on

Out today August 27 from 77 Star Rise

Following the fiery release of "Impostors," King-i aka King i Music redirects his energy to illustrate the power of love. In a world that has been torn apart by a virus, King-i's latest dancehall single "Love Contagious" explores another kind of contagion — love which is stronger than a virus.

The release of "Love Contagious" continues King i Music's mission of being versatile and creating reality based content that will inspire others to love life. King i Music explains his vision for the song, "Life is short and there is nothing to fear. The lyrics of 'Love Contagious' tell a story of not taking love for granted. With time and patience, love will certainly prevail. After all, love is contagious." 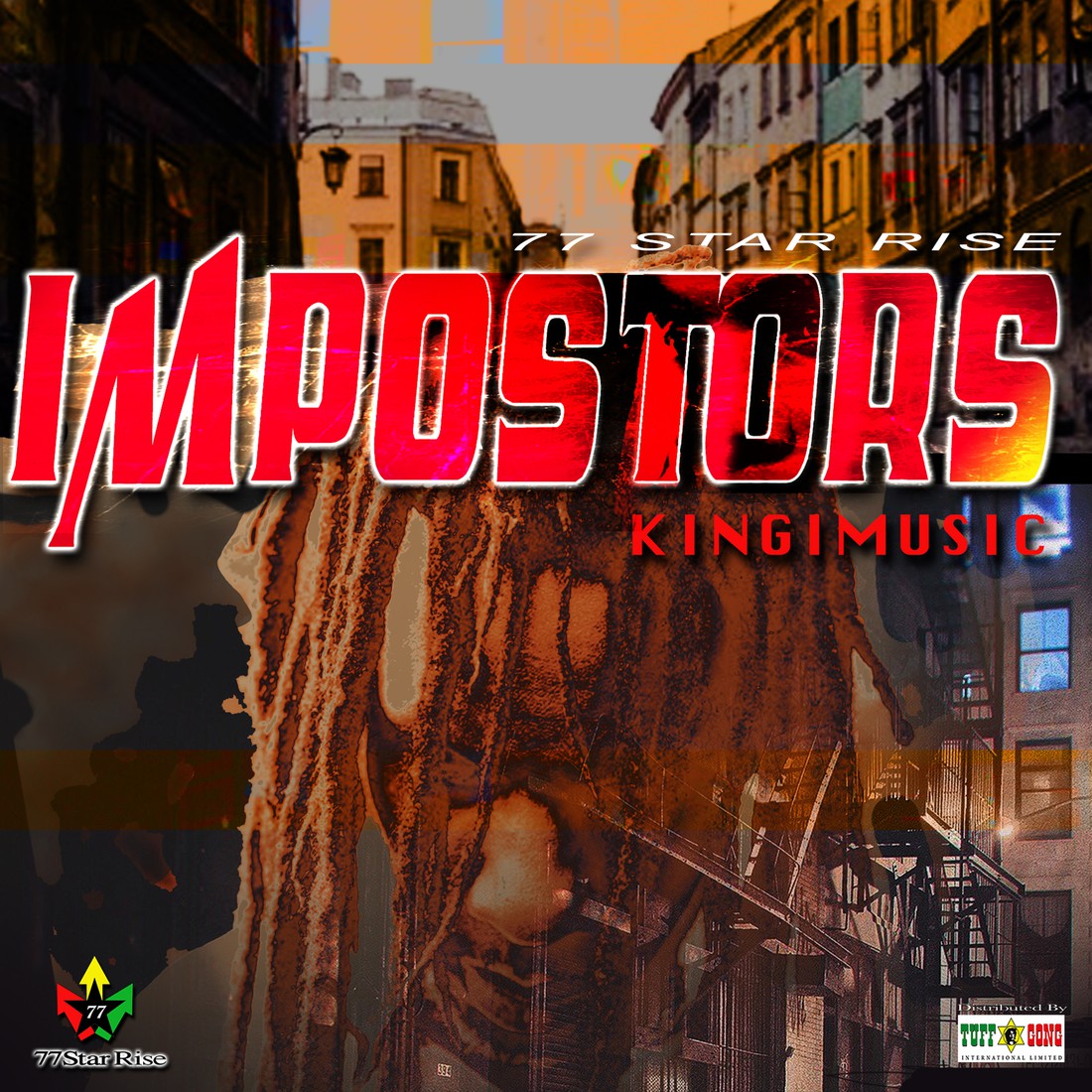 King i Music exposes impostors in his new single

“Impostors” produced by King i Music

King-i aka King i Music exposes “Impostors” in his first single for 2021 from his own label 77 Star Rise distributed by Tuff Gong International. This fiery single is available 5/28/21 on all major digital music platforms.

In this world of virtual reality, King i Music delivers a thought provoking song about a social issue that has become more prominent in the current age of technology. Set to an upbeat dancehall style riddim, the core message of “Impostors” is to think twice before you cast criticism on a subject that you know nothing about.

King-i drew inspiration for this song based on recent events. King-i explains, “I saw a lot of people talking about Rasta and not fully overstanding what Rasta is and what it takes to keep the faith of a Rastafarian. The song expresses my opinion that people in general need to mind their own business and focus on themselves instead of creating a negative outcome speaking about another person’s business, especially behind the screen of an anonymous computer. As our wise ancestors say, ‘If you have nothing good to say don’t say anything at all.’”

He adds, “I call the song ‘Impostors’ because a person who has no knowledge or wisdom about a subject and tries to chat about it is simply an impostor.”

While the inspiration for this song was originally due to criticism of the Rastafari lifestyle, it is definitely applicable to numerous subjects and continues King-i’s goal of creating uplifting music to both educate and entertain.

About King i Music:

King-i’s dynamic and versatile style as a conscious reggae and dancehall artist / producer reflects his early roots in Trinidad and Tobago as well as the early influences of popular music that he listened to while growing up in an urban US neighborhood.

In 2019, King i Music debuts the Bricks Riddim, his first Riddim EP on his very own 77 Star Rise label.

The Bricks Riddim is a positive dancehall style riddim with three songs featuring King-i’s wife MoniKa with Top Shelf; King i Music with Not Perfect; and popular Trinidadian artist Khari Kill rounding out the EP with Too Loud.

Monika makes her mark on the riddim with the opening track and her debut single, Top Shelf.

It’s relationship themed from a female’s point of view, expounding upon the fact that relationships are complicated, questioning the reason for love.

King i Music hailing from Trinidad and Tobago is known for his creative and catchy lyrics coupled with a melodic chorus. His song, Not Perfect complements Top Shelf with a heart-felt response.The real life song delivers a powerful message that everyone can relate to - No man or woman is perfect even in a love relationship. King i Music sums up the inspiration for his song, Not Perfect. “It’s exactly as the title says. It deals with real life relationships. I’m telling the Empress in the song that I’m not a perfect man. People don’t realize that relationships are not perfect. Don’t put me on a pedestal because I may disappoint you - I’m not a perfect man.”

Fellow Trinidadian artist Khari Kill known for his break out hit Picture of Selassie I on his debut album along with several other chart-topping releases closes the EP with the a fun ganja themed song, Too Loud.

King i Music, MoniKa and Khari Kill all join forces each putting their own positive spin on real life situations, capturing the powerful and positive essence of the Bricks Riddim.

The Bricks Riddim distributed by Tuff Gong Interntional is available for pre-order now and will be available on all digital platforms on 6/28/19. http://Smarturl.it/BricksRiddim 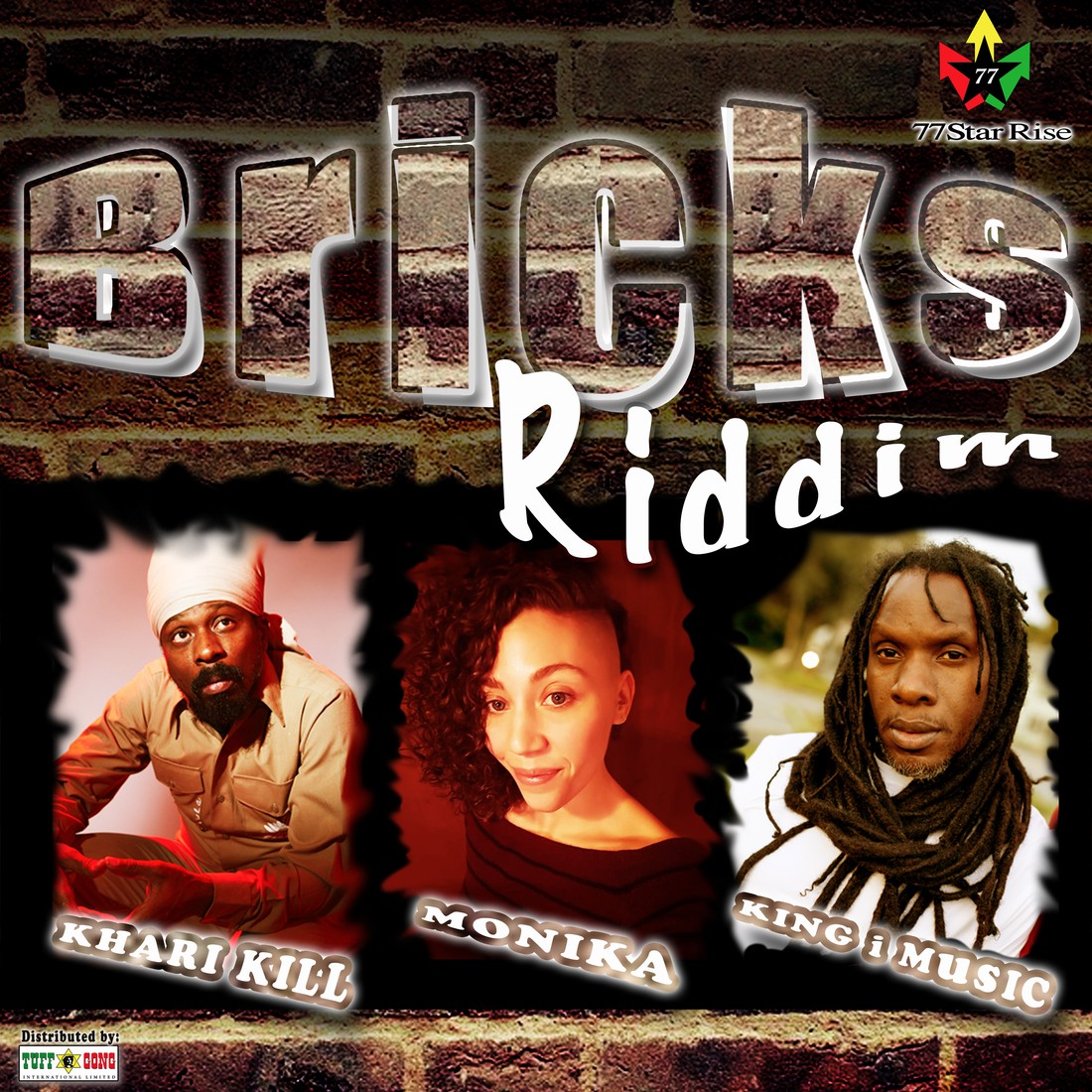 King-i's new single Jah Take me was released on 7/13/18. It's part of the ten track #OfficerRiddim project, produced by BDLabs Music and Life Force production.

Kingi's song Jah Take Me encourages to overlook adversity and look within for answers, while trusting in Jah to take you through the storm.

Other artists on the project include Papa Biggy, Mykal Rose, Lutan Fyah and Louie Culture among several others.

Time Out on the No Pwoblem Riddim OneTime Studio Production

King-i's Brand new single "Time Out" described by King-I as a love song with a twist will be available on Itunes and other digital media outlets on 3/27/13.

Music with a positive message. King-I's most recent smash hit, Serious Something by released 11/4/12. Reaching the top 10 list for December 2012 on WUMD Roots Radical Connection and included in the WUMD 2012 Music Review.

"Very Important Sound Records’ step forward with their latest juggling release, the “Right Time Riddim.” A powerful one drop riddim that boasts a superb lineup featuring ’4 decades of reggae greats’, most notably the late great Gregory Isaacs [R.I.P]. The conscious vocals on this project mashup well with the vybsy instrumentation and arrangements, reminiscent of classic roots reggae tracks. Very Important Sound Records have found the right balance of past & present glory, and the resulting sound is sure to stand the test of time"

Play of Sensi A dancehall track infused with reggae harmonies from his upcoming debut CD. Release on 4/20/2011, the video garnered a very enthusiastic response on youtube & facebook and prompted viewers to describe the video as "Fun", "Bold" and "Very Creative - Full of Energy and Free". The video continues to be available and in demand on many media outlets.

Available on on Itunes. King-I brings an energetic & creative fun style to this new era of reggae music. Just hear how he hypnotizes his audience with the catchy lyrics and beat whether or not they partake in the essence of the herbs.

Superstar released on 10/17/2011 is one of King-i's cultural Reggae singles. King-i delivers an inspirational message that we are all SuperStars within. With his strong poetic lyrics, he delivers a creative and modern way to express the positive and negative aspects of everyday life.

KIng-I's distinctive, mesmerizing style and vocal ability will grab your immediate attention to support his musical mission and discover your own SuperStar within.

Soft yet expressive, 'Smile' features King-I's distinctive & soulful vocals. This Trinidadian artist will have you singing & dancing along to the uplifting lyrics in perfect harmony with the smooth sounds of the live band.

2011 Written and Produced by King-I

King i singing SMILE!!!!
Embed code is for website/blog and not email. To embed your newsletter in a Mass Notification System, click HERE to see how or reach out to support@smore.com
close