Get email updates from Omar:

How does the body respond to a virus AFTER vaccination has occurred?

A vaccine is defined as a substance that is used to stimulate the production of antibodies and provide immunity against diseases. When the vaccine enters the body, the vaccine stimulates an immune response therein defeating the virus. When it is defeated, the immune systems creates memory T and B cells. The T-cells undergo a chemical transformation and duplicate when activated by the dendritic cells. Those that remain in the lymph nodes are recognized as memory T-cells so that if the virus is ever encountered again, the immune system will recognize it and release antibodies. Some fight the virus while others activate a virgin B-cell located in the lymph nodes and release antibodies. The helper T-cells will keep these hard-fighting cells alive.

"You can find joy everywhere if you only look close enough"

The Structure of a Flowering Plant: Plants have both male and female reproductive parts. The males reproductive parts known as the stamen, consists of an anther and filament. The anther produces pollen while the filament supports it. The female reproductive parts in a plant is known as the pistill, which contains the stigma, style and ovary. The stigma traps pollen and the style is where the pollen tubes travel down to reach the ovary. Once there, the ovules become fertilized to become a mature seed. Plants also contain sepals and petals (corolla). Sepals protect the bud of a flower before bloom while petals attract insects to it so that pollen may be transferred. 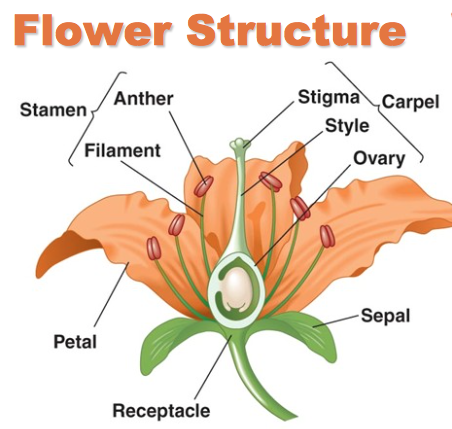 How does Reproduction Occur in Plants?:

Different plants can reproduce one of three ways: through seeds, spores, or vegetative reproduction. Most plants reproduce through seeds in which pollen is carried to the stigma of a plant through a pollinator (wind, bees etc.) where it is then transported through the style to the ovules where they are then fertilized. A seed coat will develop which will then create the seed. A different way of reproductions involves spores. Plants like ferns use this as their way of reproduction. After spores are released by a plant they land in an suitable environment where they will begin to grow into a small plant. In addition, there is also vegetative reproduction. This process occurs in plants such as basil, bamboo, and mascari. This process basically makes an arm and makes a new plant from out of that arm with roots and all. The arm is known as a stolon. There is no need for a partner or sperm/egg. 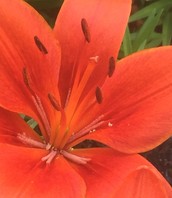 Close-Up of the Stamen and Stigma 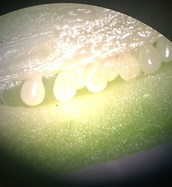 Magnified Picture of the Ovules

Transpiration is the near-constant loss of water through evaporation. When the water is lost, the plant uses the roots to obtain water. But how does it do this? Well, capillary action causes water to move slightly upwards through narrow tubes. The water will attract to each other creating a link of water through cohesion. This water will travel through the xylem creating a state of homeostasis. Due to the high water pressure, guard cells will be open allowing for gas exchange of water vapor, carbon dioxide, and oxygen.

Transpiration will occur at faster rates during a windy day than a non-windy day. On a windy day, a plants thin moist of layer of air (boundary layer) that reduces transpiration rates is replaced by drier air creating more potential for evaporation and therefore, transpiration.

What are three ways plants respond to environmental stimulus?

Plants respond to environmental stimulus through phototropism, gravitropism (geotropism), and thigmotropism. Phototropism moves plants towards the light source to absorb greater amounts of energy with the help of auxins, which regulate cell elongation. Gravitropism is a response to gravity where plants will always move upward. Thigmotropism is a response to touch with another object where a plant will grow around. An example is vines growing on a stick

"I got 99 problems and fishin' solves all of 'em"- Earl Dibbles Jr.

What are two fish adaptations that respond to environmental stimulus?

A fish's swim bladder is what controls its buoyancy and ability to ascend or descend when in water. When a fish swims in water, gravity pushes it down but buoyancy keeps it up. The adaptations allowing for fish to control the depth in the water that they may swim is known as the swim bladder. The swim bladder controls gas exchange through the blood. When the gases move into the sac, the fish is able to rise and when gases move out of the sac, the fish is able to sink. This air comes from the gills so the air supply is constantly available.

Fishes have a sense organ known as a lateral line. This helps them detect movement within the water near them and allow for them to respond. This happens due to hair cells, which respond to the displacement of water through changing the movement into electrical impulses. Don't tap the fish bowl! Although fish have attained this ability allowing them to survive, too much movement can cause them to die! 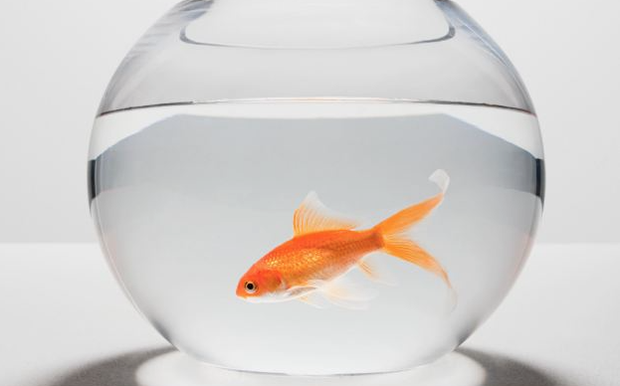 What are homeostasis and feedback mechanisms?

Homeostasis is defined as the process in which organisms maintain stable internal conditions despite external stimulus. Negative Feedback is a regulatory mechanism in which a stimulus causes and an output to decrease to maintain homeostasis.

How does homeostasis occur in a snake in order for it to survive on dry land?

Unlike humans who can regulate body temperature, snakes are cold-blooded animals meaning they require an external stimuli to maintain homeostasis. This stimuli is known as temperature. Since snakes are poikilotherms, they must find a way to have thermoregulation occur. To survive on dry land, snakes require the sun's rays to warm their bodies and speed up metabolism. Snakes also hide in shaded areas such as underground burrows during the hottest parts of the day to avoid overheating.

"Explaining humor is a lot like dissecting a frog, you learn a lot in the process, but in the end you kill it" - Mark Twain

What is the process of digestion? What adaptations are there that allow for maximum nutrient absorption?

The digestive tract is very important as it allows for nutrient absorption to take place. It begins in the mouth where food is broken down through enzymes reacting with a substrate. It is then swallowed by the muscle known as the esophagus through contractions into the stomach. Once in the stomach, gastric juices help break food down through its acidity. The broken down food will then enter the small intestine. In the small intestine, nutrients from the now broken down food is absorbed. From there whatever is left moves to the large intestine to absorb water. Finally, waste is excreted in the form of fluids. 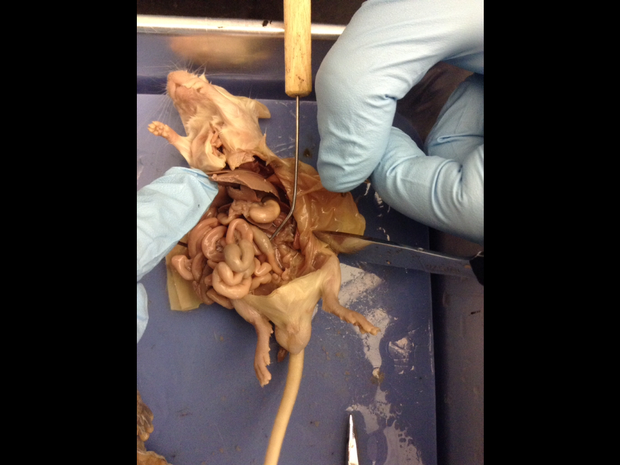 Connect with Omar B