Built by BAE Advanced Technologies (BAEAT), its purpose is to analyze the ionosphere and investigate the potential for developing ionospheric enhancement technology for radio communications and surveillance. The HAARP program operates a major sub-arctic facility, named the HAARP Research Station, on an Air Force–owned site near Gakona, Alaska.

The most prominent instrument at the HAARP Station is the Ionospheric Research Instrument, a high-power radio frequency transmitter facility operating in the high frequency band. The IRI is used to temporarily excite a limited area of the Ionosphere. Other instruments, such as a VHF and a UHF radar, a fluxgate magnetometer, a digisonde, and an induction magnetometer, are used to study the physical processes that occur in the excited region.

Work on the HAARP Station began in 1993. The current working IRI was completed in 2007, and its prime contractor was BAE Systems Advanced Technologies. As of 2008, HAARP had incurred around $250 million in tax-funded construction and operating costs.

HAARP-- What is HAARP IS HAARP Dangerous HAARP and Weather Control.flv

What does HAARP do?

The HAARP project directs a 3.6 MW signal, in the 2.8–10 MHz region of the high-frequency band, into the ionosphere. The signal may be pulsed or continuous. Then, effects of the transmission and any recovery period can be examined using associated instrumentation, including VHF and UHF radars, HF receivers, and optical cameras. According to the HAARP team, this will advance the study of basic natural processes that occur in the ionosphere under the natural but much stronger influence of solar interaction, and how the natural ionosphere affects radio signals.

This will enable scientists to develop methods to mitigate these effects to improve the reliability or performance of communication and navigation systems which would have a wide range of both civilian and military uses, such as an increased accuracy of GPS navigation and advances in underwater and underground research and applications. This may lead to improved methods for submarine communication or an ability to remotely sense and map the mineral content of the terrestrial subsurface, and perhaps underground complexes, of regions or countries, among other things. The current facility lacks the range to reach these countries, but the research could be used to develop a mobile platform. 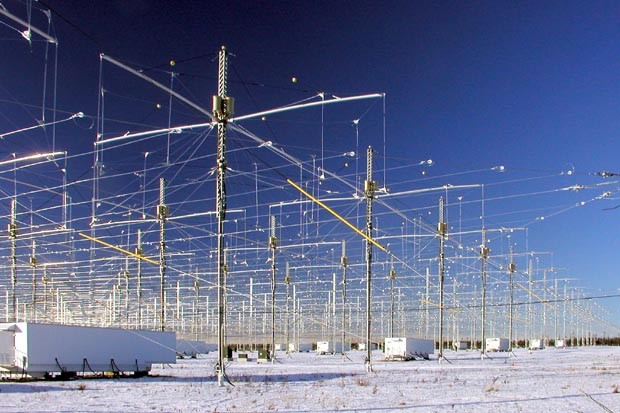 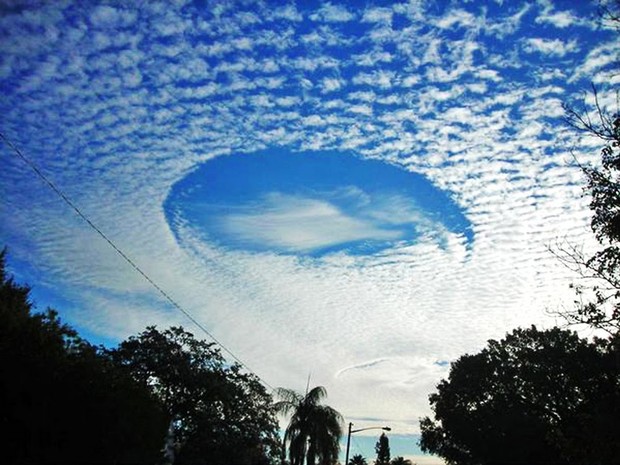 Does it cause holes in the sky?

Author of the self-published Angels Don't Play This HAARP, Nick Begich has told lecture audiences that HAARP could trigger earthquakes and turn the upper atmosphere into a giant lens so that "the sky would literally appear to burn". 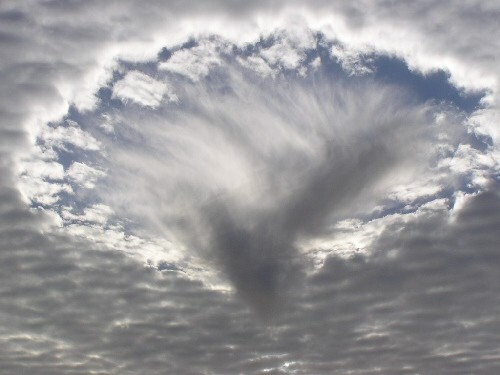 HAARP is the subject of numerous conspiracy theories. Various individuals have speculated hidden motives and capabilities to the project, and have blamed it for triggering catastrophes such as floods, droughts, hurricanes, thunderstorms, earthquakes in Pakistan, Haiti and the Philippines, major power outages, the downing of TWA Flight 800, Gulf War syndrome, and chronic fatigue syndrome.

· A Russian military journal wrote that ionospheric testing would "trigger a cascade of electrons that could flip earth's magnetic poles".

· Former Governor of Minnesota and noted conspiracy theorist Jesse Ventura questioned whether the government is using the site to manipulate the weather or to bombard people with mind-controlling radio waves. An Air Force spokeswoman said Ventura made an official request to visit the research station but was rejected-"he and his crew showed up at HAARP anyway and were denied access".

· Physicist Bernard Eastlund claimed that HAARP includes technology based on his own patents that has the capability to modify weather and neutralize satellites.

HAARP is a scientific endeavor aimed at studying the properties and behavior of the ionosphere, with particular emphasis on being able to understand and use it to enhance communications and surveillance systems for both civilian and defense purposes. Observation of the processes resulting from the use of the IRI in a controlled manner will allow scientists to better understand processes that occur continuously under the natural stimulation of the sun.

Scientific instruments installed at the HAARP Observatory will be useful for a variety of continuing research efforts which do not involve the use of the IRI but are strictly passive. Among these studies include ionospheric characterization using satellite beacons, telescopic observation of the fine structure in the aurora, and documentation of long-term variations in the ozone layer.
Although it is being used to help study how to more effectively send signals through the atmosphere, it is causing significant damage to the atmosphere so i would personally suspend further use and research of this scientific technology.