natasha is using Smore newsletters to spread the word online.

Get email updates from natasha:

EXCERCISE IS NEEDED TO MAINTAIN HEALTH. By: Natasha Minhas

EXCERCISE IS NEEDED TO MAINTAIN HEALTH. By: Natasha Minhas

Over 12 million of kids and teenagers are obese or overweight. Physical fitness should be mandatory in public schools because if physical fitness is not required in public schools, then kids can have serious health problems. There are many benefits of exercise. For example, if you exercise you will have a healthier body, less fatigue, fewer sick days, weight control, and a longer and happier life. Exercise will lower obesity rates. 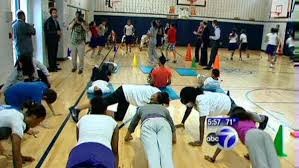 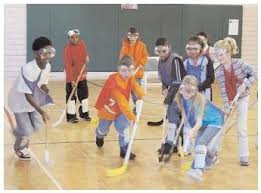 Physical fitness is necessary in and outside of school. Kids who are obese are more likely to have apnea, a breathing problem or high cholesterol. Obesity also leads to skeletal problems, high blood pressure, diabetes, heart disease, and even asthma. Also, overweight children have very poor body image and a higher risk of bullying. More than 34% of the children in the USA, between the ages 2-19 are overweight or obese. Exercise has also been cut because children are spending their afternoons with video games, computers and also television. Most schools don’t even encourage exercise. Schools need to make gym as part of the school day.

Some oppose part of the school day being spent in physical education classes. They contend that time could be better spent in academic classes. They believe that this is one of the reasons why American students lag behind their foreign contemporaries. They believe that this is the reason for low test scores on standardized tests. Others point to the severe mental stress that a physical education class puts on some students who are not able to perform as their classmates. They are embarrassed, and their self-esteem suffers.

Physical activity should be required in public schools. If physical fitness is required there won’t be many health problems and obesity rates will reduce. Kids will not get bullied often and will have a much better body image. Kids will be more healthier.

Why is physical education so important to our young people?
Physical Activity and Kids Let's Move It!

natasha is using Smore newsletters to spread the word online.