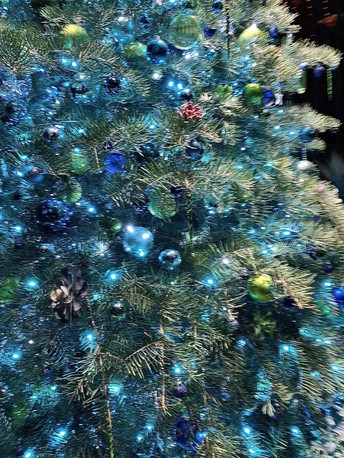 Happy New Year! It may be hard to believe, but we have finally said good riddance to 2020 and made it to 2021. No matter what happens this year, we should all take it as a time to reflect upon where we have been and where we are headed. Out with the old, in with the new!

Below you can find RVR members' artwork, photography, short stories, and more! Enjoy!

Under the White Willow by Olivia Cao

The wind blew softly, whispering along the panes of Everly Francis’ bedroom window. Silent as a summer breeze, she crept to look out at the picturesque view of her neighborhood, covered in a perfectly light layer of morning frost, and pressed her nose to the cool glass. Her breath clouded in front of her eyes as she let out a long breath. Outside her door, she could already hear her grandmother and mother fussing in the kitchen, her little sister dashing about the house. Picking up her phone, she saw the screen covered in a sequence of messages from the one and only Kay(la) Christiansen. They’d been dating for a little over a year, and Everly still couldn’t help the grin that broke out across her face whenever she saw the little heart next to Kay’s name in her contacts, wouldn’t ever get used to tasting the words my girlfriend on her tongue when she introduced Kay to other people. It was unreal. Her heart tingled a little more when she read the messages that streamed across the screen.

my mom is going to kill me

but ur totally worth it ;)

Or if u have any other plans that’s ok 2

Shoot me a text when u wake up? 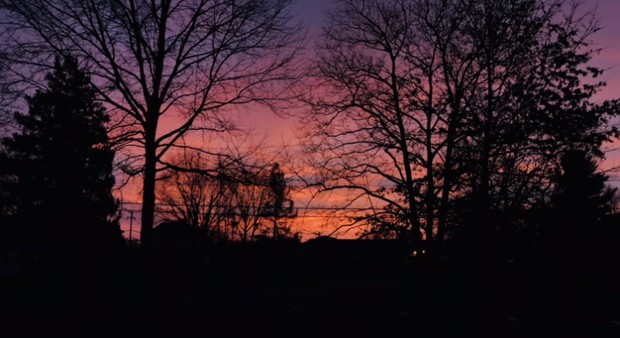 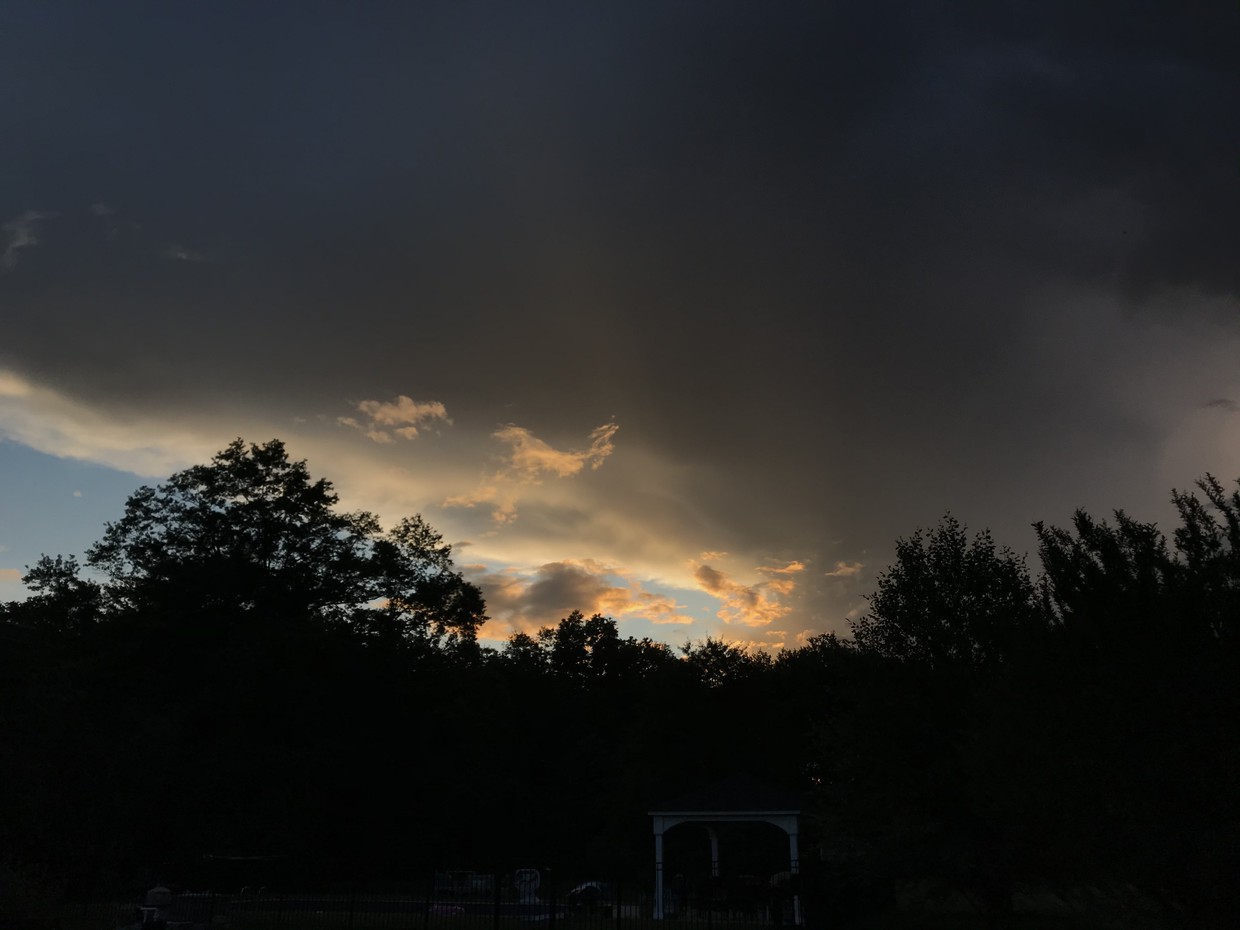 Once upon a time in a world that was eons ago, Christmastime was a time of joy. It used to be a time of hope and giving and happiness. It was a time when lights were strung up to buildings and houses. When trees where places by the roaring fireplace and were adorned with ornaments of red and green and garlands of gold and popcorn. It was a time of gifts and family and giant feasts.

At least, that’s what Leo had read in the books he found. He dreamed of a Christmas like those. Because now, in his mucky town, and really, the entire continent, maybe even the entire world, Christmas was a time of starvation and fighting.

On the streets there were no lights and decorations but muddy snow and torn down bushes. At Christmas, the people fought over food, as there was only a limited supply left. The one thing that had carried on was the giant feasts. Except only the people who had money and were fast enough to get the food had the feasts.

Each time Leo stepped out of his house, there was someone on the street. “It’s my turkey, I paid for it, give it here!” A person would yell as they played a game of tug a war with another citizen that called out,

“Well I have no money, would it be terrible to give some donations, huh?!” It was hectic and crazy.

I’m only half-way through this book, and yet I am already in love with it. Just like eighteen-year-old Luke Greenly and his feelings for Vada Careswell, a girl who has been dreaming to go to a school in California for a Rolling Stone internship. I can already tell I would give this book a 5/5 stars before I even reach the end. (Side note: this book is a bit of an older read, and not so much middle grade)

Growing up under his punk rocker dad's spotlight, eighteen- old Luke Greenly knows fame and wants nothing to do with it. His real love is not in front of a crowd, it's on the page. Hiding his gift and secretly hoarding songs in his bedroom at night, he prefers the anonymous comfort of the podcast he cohosts with Cullen’s outgoing and meddling twin, who's in fairy-tale -perfect relationship with Luke's best friend Zack. But that's not Luke's only secret. He also has a major unrequited crush on music blogger Vada Carsewell.

Vada's got a five -year plant secure job at the Loud Lizard to learn from local legend (and her mom's boyfriend) Phil Josephs (check), take over Phil's music blog (double check), get accepted into Berkeley's prestigious music journalism program (check, check, check, manage Ann Arbor's summer concert series, and secure a Rolling Stone internship. Luke Greenly is most definitely NOT on the list. So, what if his self - deprecating charm and out -of-this - world music knowledge makes her dizzy? Or that his brother just released a bootleg recording of Luke singing about some mystery girl on their podcast and she really really wishes it was her? 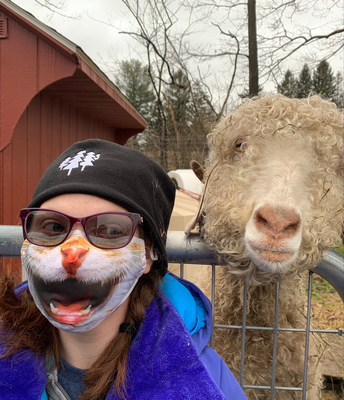 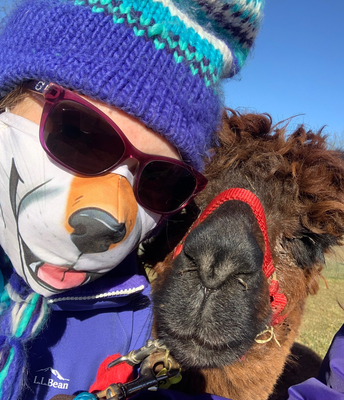 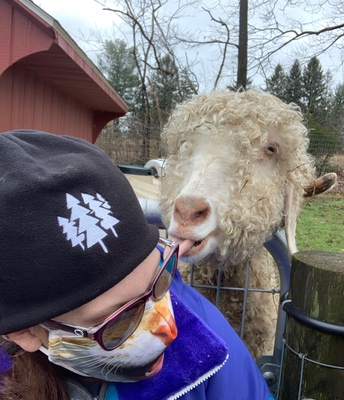 The flame in the fire twists and twirls

As if it were a storm

And each curl of hair dances on

And helps to keep me warm

From the claws of snow

That bite with fervor and kill me blow by blow

And the haunting ghosts

To set my fears aglow

Time slows down as branches claw

At the moonbeams in the sky

As shivers dance down

And leave them shaking sighs

The gales, they groan

Without the dread of freezing death,

Winter, love, you come so fast

To weave the cold you’ve spun

Yet leave so quickly as you change

From moonlight into sun 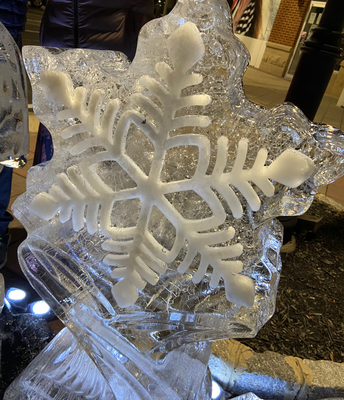 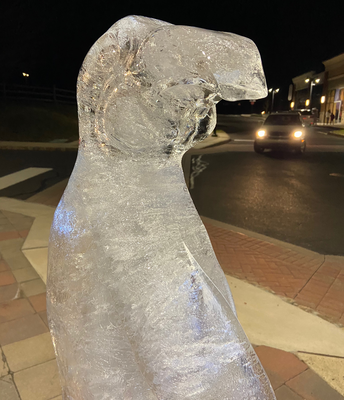 Snowflakes melt on the tip of my tongue

And lend my breath a breeze

That clouds along a frosted wind

Until the branches freeze

In a frozen, bitter hand

Whose skin as pale as freshened snow

Yet marked by Sorrow’s brand

And I hear the howls of winter wolves

In harmony with blows (of wind)

That prowl through broken-hearted woods

To claw at Gaea’s toes

The world I know, it crawls away

Before the sunlight melts away

But each head pokes out

To see what day will bring

To hold its breath another turn 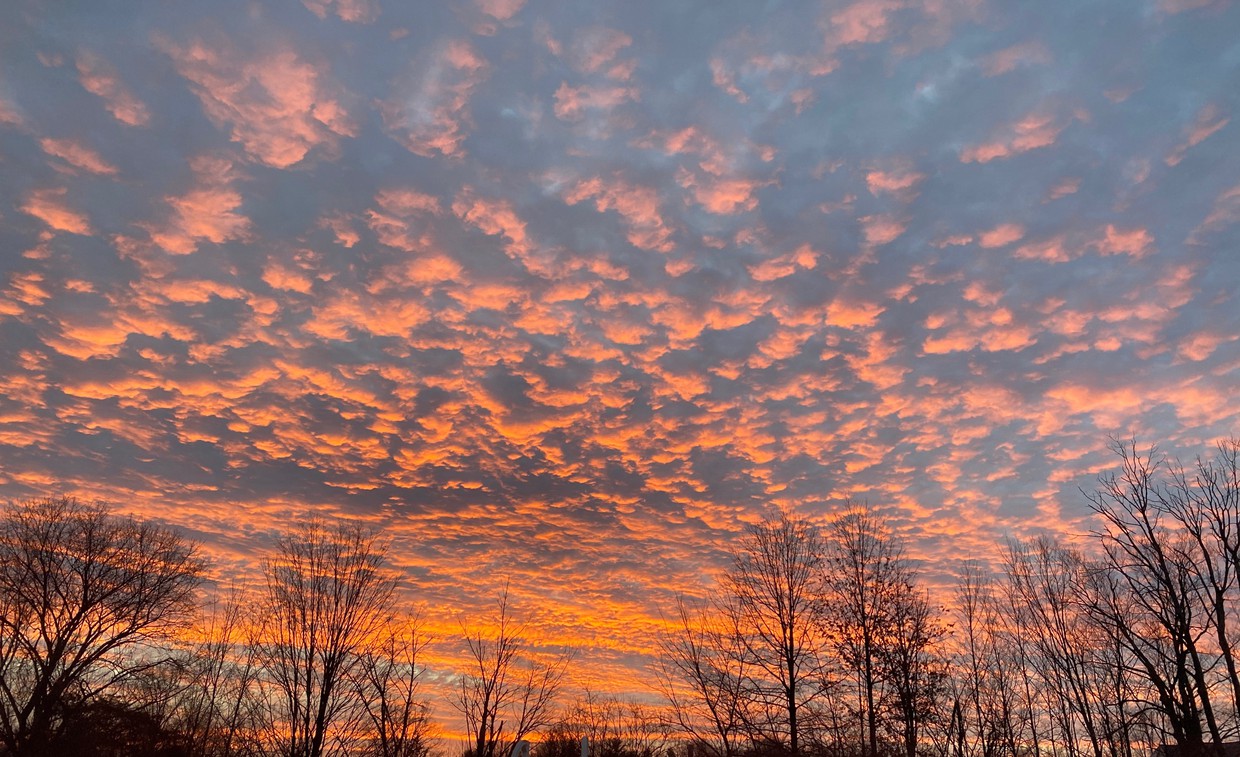 Sunlight dances on the tips of its wings

And plays a tune on frozen strings

It glides above a winter’s ball

To shake its head

And chirp its call

It rustles past the warmth-lit houses

It crumples down to finally fall

Icicles from their hands

Around it, deadened bushes weep

Among their lifeless stands

But it breathes rebirth

On earthen arms and smiles at the sun

And it spears below to feed the flames

For when the day is done

It blesses families with happiness

With joy, and laughter, and light

To yet overshadow all of grief

And the shadows of the night

Summer’s wings have flown away

But still, this one’s endure

And if snow were but the winter’s bird

I’d think it to be sure 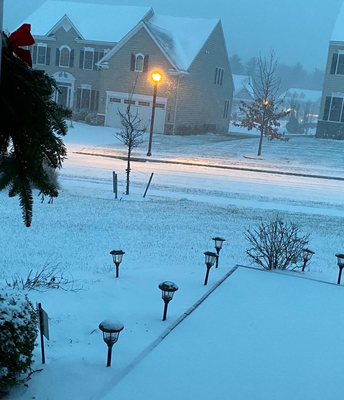 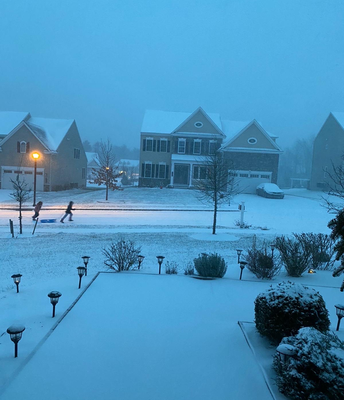 Jack Frost nips at the tip of my nose

And covers the ground with white

The moon beams rays on his faded clothes

And bathes the hills in light


He dips his finger in the tears of stars

To line the clouds in chrome

A shine among the slated skies

The air he paints in whimsical strokes

Each storm and bird a whirl

Sketches of ice across the roof

An art of spark and swirl

Once satin blue and bright

Highlights fractures in the waves

And as frost creeps along the windowpanes

I dance among the flakes

Of snow that shakes in crystal rain

To freeze on frozen lakes 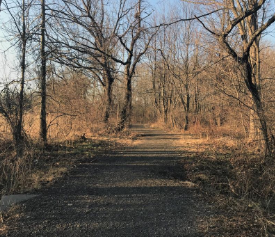 To the sound of the mountains’ cry

As she dances with her ribboned dreams

Across a velvet sky

The stars I see are bright tonight

And I swear they’re winking too

But the Aurora’s tail sweeps them away

In colors that adieu

My northern dream, my dancer

She plays with gasping still

That seems to cover the snow-white night

In a muted, silent spill

Even the birds have ceased their songs

Though I swear their feathers fly

But I think my dreams are souring too

In the colors of the sky

And even if they were never to learn

to dance truly with the light

I would be happier still

were comforted by the night. 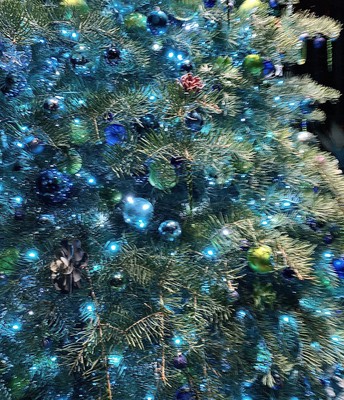 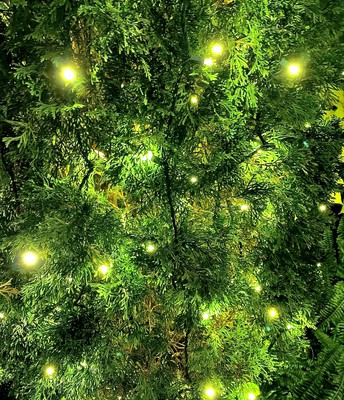 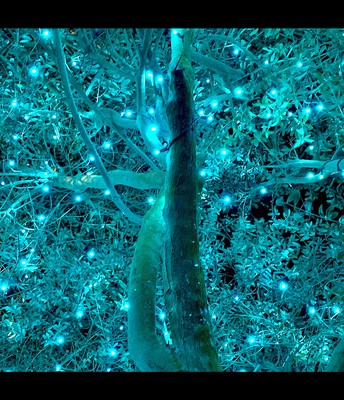 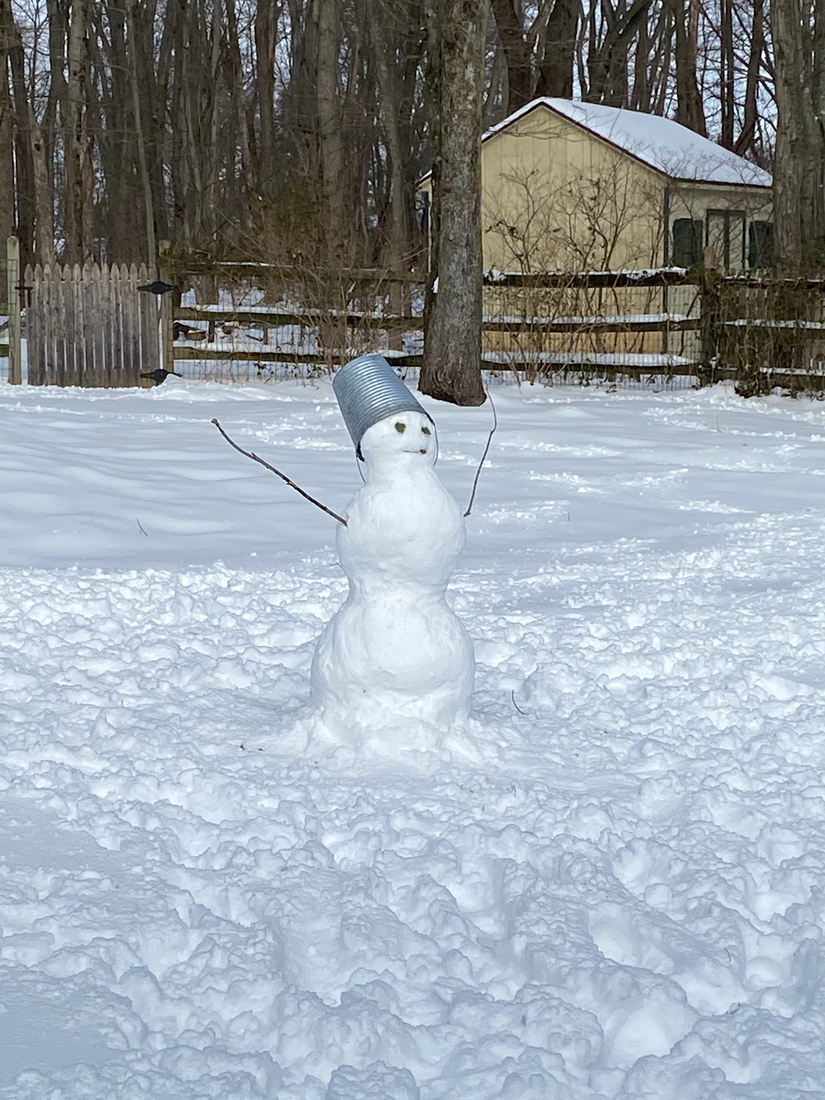 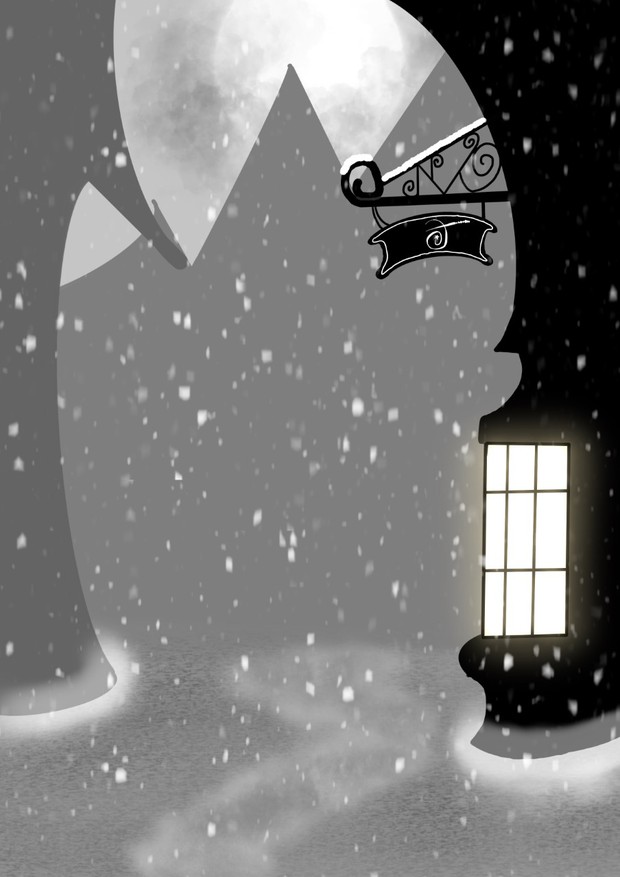 We would like to thank Olivia Cao for her tremendous contribution of FIVE winter poems AND a short story! Your hard work has not gone unnoticed!

Follow Drew Sterner
Contact Drew Sterner
Embed code is for website/blog and not email. To embed your newsletter in a Mass Notification System, click HERE to see how or reach out to support@smore.com
close